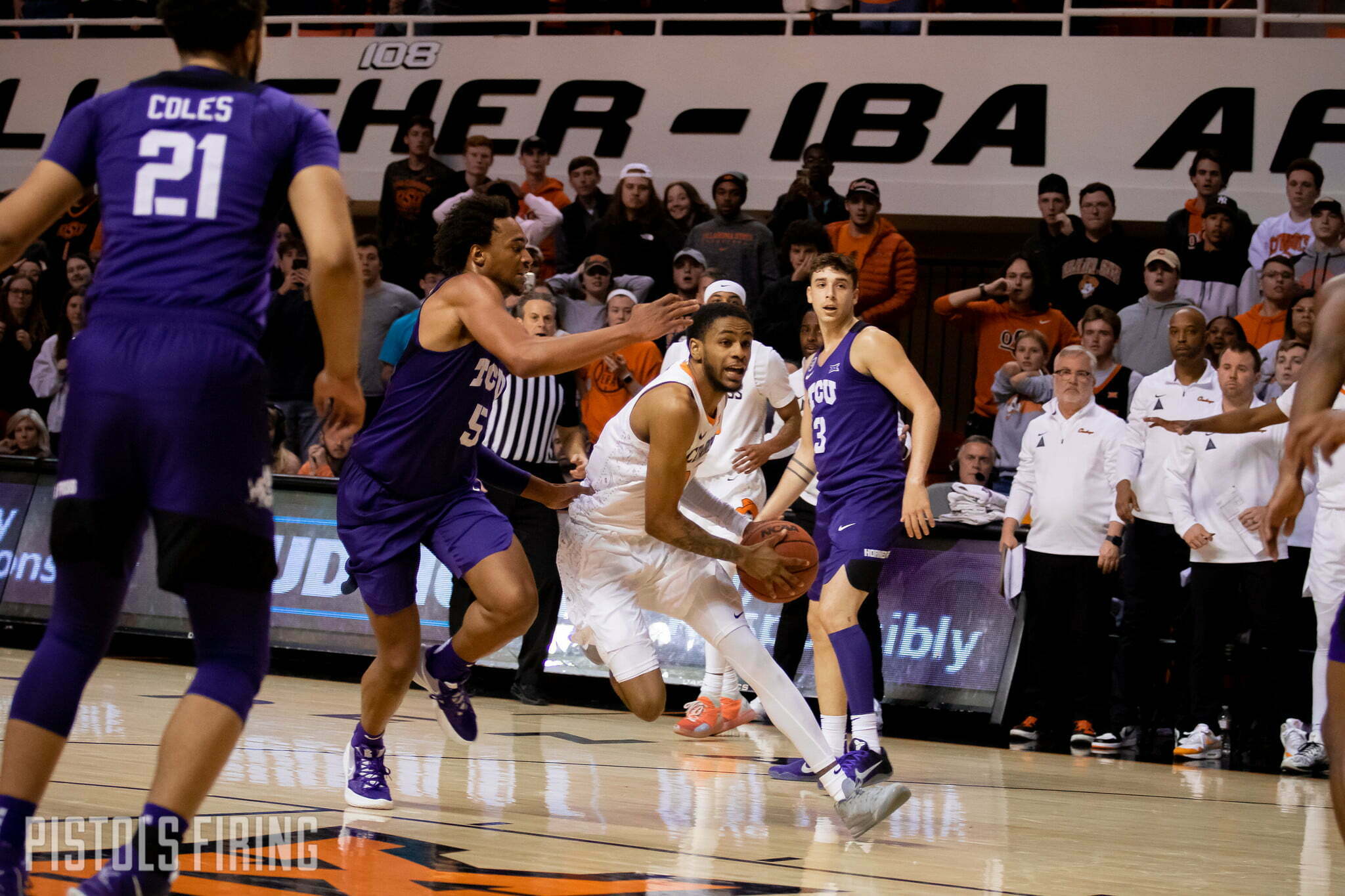 Twice last offseason Mike Boynton brought in a transfer from another Big 12 program, and now one of Boynton’s outgoing transfers is staying in conference.

Rondel Walker announced Saturday that he is committed to TCU. Walker will join forces in Fort Worth with former AAU teammate Mike Miles. In 59 games across two seasons with the Cowboys, Walker averaged 6.3 points, 2.7 rebounds and 1.4 steals a game.

Walker came to OSU as part of the Cowboys’ heralded 2020 recruiting class. He was a four-star guard out of Putnam City West, picking OSU over offers from Arkansas, Texas, Texas A&M and others.

As a freshman alongside Cade Cunningham, who was also on that AAU team that included Miles, Walker averaged 7.8 points a game, scoring in double figures 12 times. He had a career-high 20 points against Iowa State in Ames as a freshman.

Walker’s production took a step back in Year 2, but he still had flashes of brilliance. He made a handful of hustle plays in Oklahoma State’s victory against No. 1 Baylor in Waco and put up 18 points on the road against Kansas State. He scored in double figures on six occasions.

With Walker’s commitment to TCU, all five former Cowboys who entered the portal this offseason found landing spots. Isaac Likekele is headed to Ohio State. Matthew-Alexander Moncrieffe is headed to Georgia. Keylan Boone and Donovan Williams will play at Pacific.

Meanwhile to recoup those loses, Boynton brought in John-Michael Wright from High Point, Russell Harrison from UL-Monroe and Caleb Asberry from Texas State.