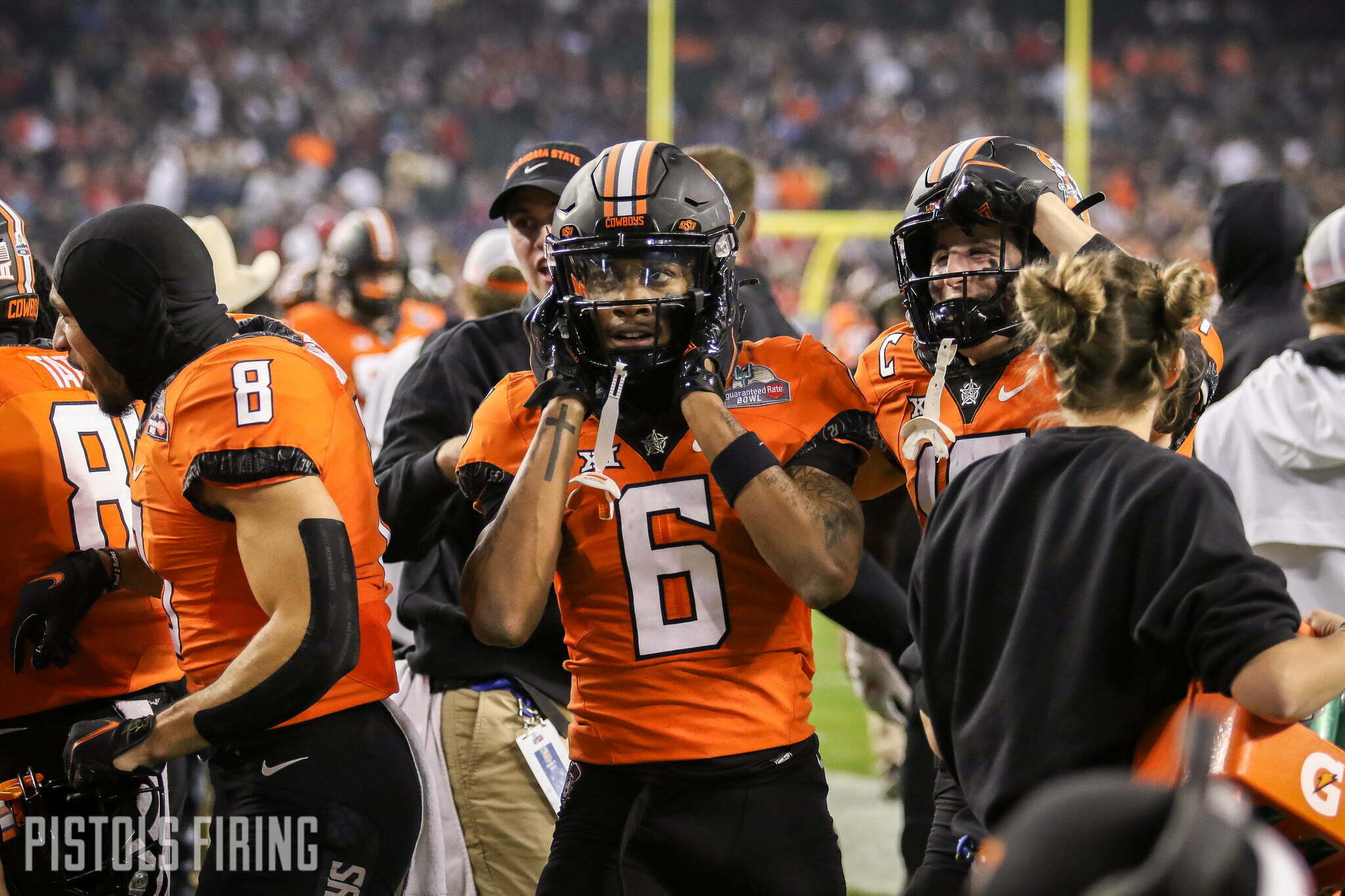 Another former Cowboy has found a home in the Big 12, at least as it will look next season.

Outgoing freshman wide receiver Stephon Johnson Jr. announced Tuesday that he is headed to Houston to play for the Cougars under former OSU offensive coordinator and WVU head coach Dana Holgorsen. Houston is set to join the Big 12 next season.

Johnson was a pleasant surprise for the Cowboys in 2022. As a true freshman, he recorded 17 catches for 273 yards and two touchdowns. He was a big play waiting to happen, and he showed that in his finale with an 84-yard touchdown against Wisconsin in the Guaranteed Rate Bowl.

This news comes just a week after he announced his intention to enter the portal. Johnson is one of a slew of transfers that gutted the Cowboys’ receiving corps, along with John Paul Richardons, Bryson Green, Langston Anderson and Braylin Presley. Now he and Presley have announced landing spots with the latter having committed to Tulsa.

Outside of leading receiver Brennan Presley, five of the Cowboys’ top six receivers are not set to be in Stillwater this spring, but there is some help on the way. The Cowboys secured the of former Washington State wideout De’Zhaun Stribling as well as Leon Johnson III, a Division III receiver who committed to the Pokes on Tuesday.

Johnson joins Trace Ford (Oklahoma) and Dominic Richardson (Baylor) as former Cowboys who set to play in the Big 12 next season.