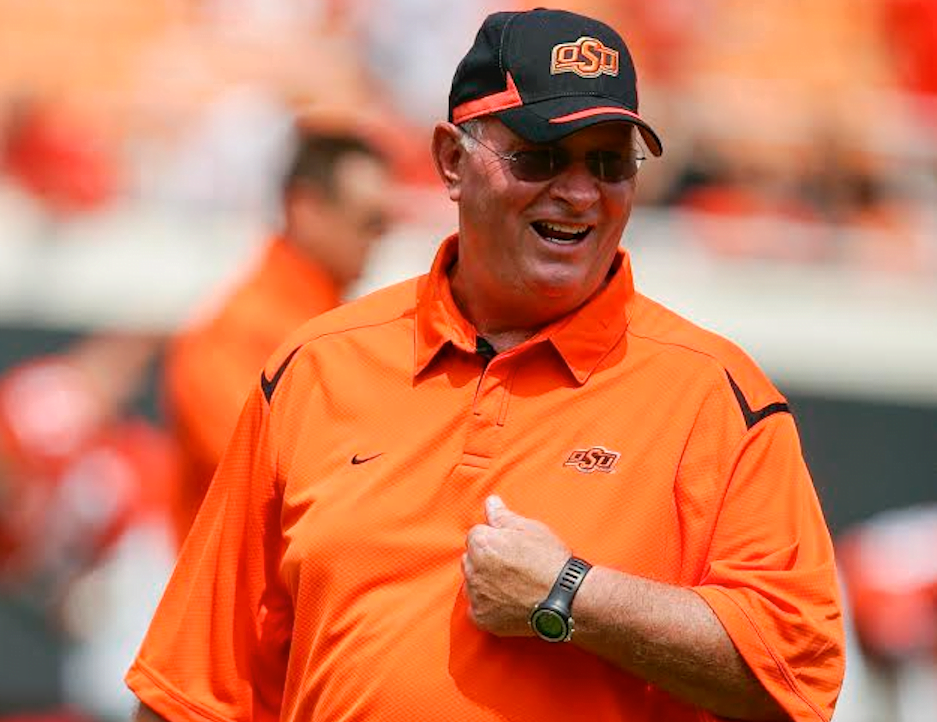 Young was well-traveled as a football coach and that applied especially to the state of Oklahoma, having hit for the cycle as a coach at Oklahoma State, Oklahoma and Tulsa. Before his final major job as a defensive coordinator at Tulsa, he coached at Yukon High School.

“Bill Young was a first-class person, a first-class coach and he made the world a better place,” said Oklahoma State football coach Mike Gundy in a statement on Thursday.

“Coaching has been good to me, a great experience,” said Young at the time. “I can’t imagine doing anything else and having enjoyed it as much. I started off as a high school coach, then worked my way into college. It’s been fantastic. I’ve had the opportunity to work with some unbelievably good coaches and people. I think a little bit of all of them rubbed off on me, and hopefully helped me become a better coach.”

Young’s career began at Oklahoma State as a student/GA coach in 1968. He then took assistant coaching jobs in the state at Carl Albert and Putnam City West before returning to his alma mater in 1976 as its defensive and offensive line coach. That led him to Iowa State, which led him to Tulsa, which led him to … well, here’s the list of stops:

Young’s most accomplished stop arguably came when he took over as Oklahoma State’s defensive coordinator from 2009-2012, where he was the mastermind behind the record-setting 2011 defense that helped the Cowboys win a Big 12 title. He was fired in 2012, ending an era of immense defensive success because Mike Gundy felt his age would hurt OSU in recruiting.

“Young said he thought that was “nowhere near right.” He expressed those feelings to Gundy and they agreed to disagree,” Jimmie Tramel of the Tulsa World wrote about the situation. “The result? It was determined the 2012 season would be Young’s last.”

OSU’s defense in 2011 led the country in takeaways and turnover margin, forcing at least three turnovers in nine games. It was the not-so-secret perfect ingredient to complement Brandon Weeden, Justin Blackmon and the prolific OSU air raid offensive attack. Sure, having stars at numerous positions helped: Justin Gilbert, Daytawion Lowe, Markelle Martin, Broderick Brown, Shawn Lewis, Jamie Blatnick, Caleb Lavey, Alex Elkins. But Young got that out of his players, because that old geezer? He was fun, and fiery, and relatable.

“He’s one of those guys that, unless he’s really, really mad, he doesn’t really yell at anybody,” said former OSU standout Jamie Blatnick in 2011. “If he wants to make fun of somebody’s pass rush or something, he’ll be like ‘what is this Canadian football? Gotta count to 3 Mississippi or something?'”

“He’s a great guy,” Blatnick added. “We know he has our best interests at heart. We take pride and joy in making him happy.”

Assistant coach Glenn Spencer was elevated to the defensive coordinator role at OSU after Young’s ouster, and he thrived early, building one of the most dominant defenses of the Gundy era in 2013. Spencer was fired in 2017.

There were no hard feelings from Gundy about Young, despite disagreement over Young’s age and its impact on his ability to do his job in Stillwater. Gundy called Young a “friend” and said the decision to move on was just made to shake things up. Elevating Spencer at the time from within gave OSU a new identity.

“Bill Young has been really good for us and Bill is a good friend of mine,” Gundy told The Oklahoman in 2013. “I thought Bill was a good hire at the right time. I just felt like we needed a change, and I don’t think it’s Bill’s fault.

“Unfortunately, I have to make difficult decisions at times, and I’m not always right. But at that particular time I felt like we just needed a little change, a little zing.”

In total, Young coached at 10 colleges, three high schools and an NFL team, leaving behind a lasting legacy. Here are a few folks who shared on social media their thoughts on his passing: