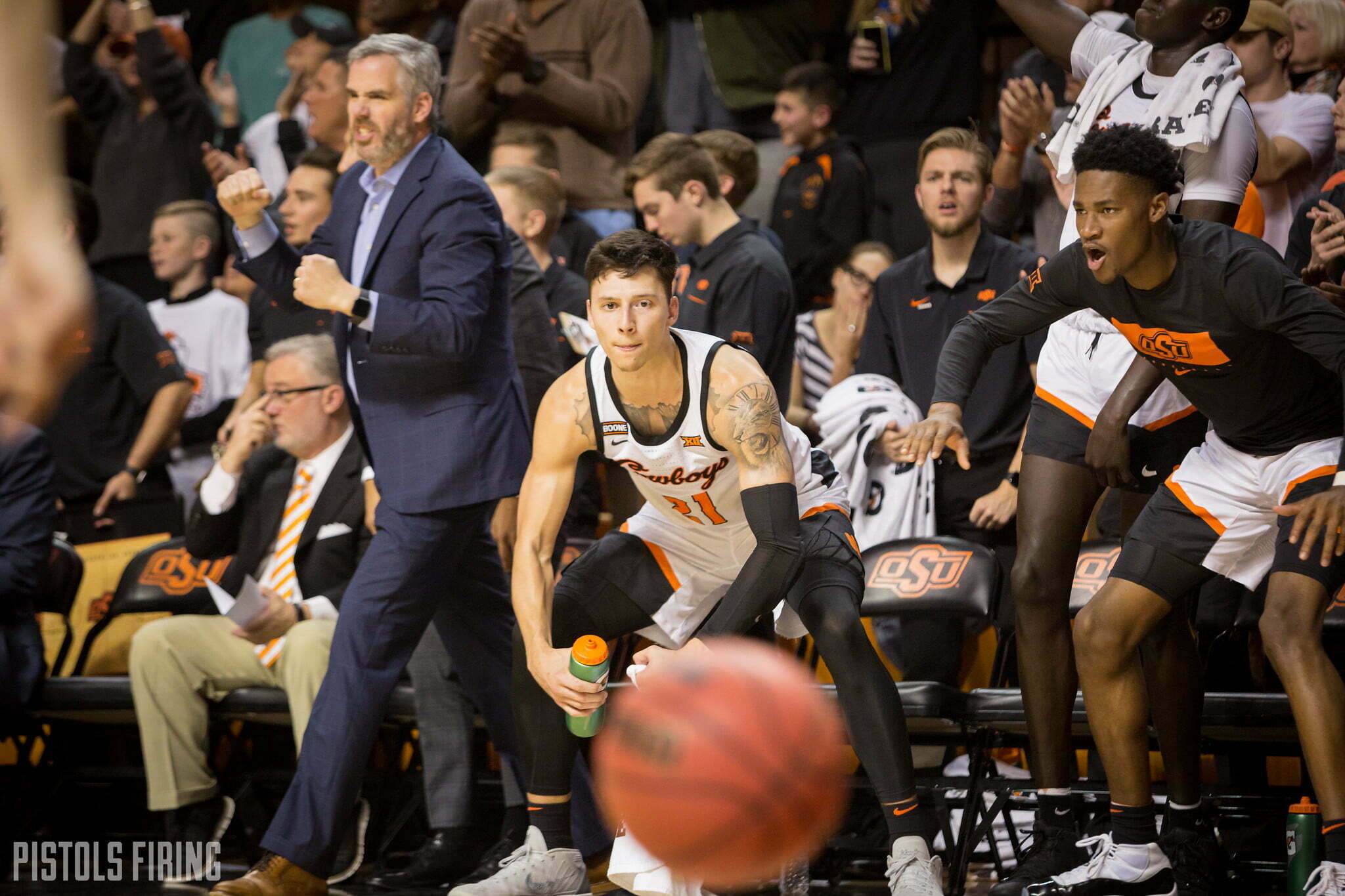 Lindy Waters had played at basketball teams at every level in Oklahoma aside from one, but it looks as if that will change soon.

Waters, a former Oklahoma State guard, signed a two-way contract with the Oklahoma City Thunder, the organization announced Thursday. Waters has spent this season with the OKC Blue, the Thunder’s G League affiliate, where he has averaged 11.3 points per game in 16 regular season games. During that time, Waters has shot 48.2% from 3-point range. Waters signing a two-way contract means he will split his time with the Blue and the Thunder.

“I’m proud as hell of him because I know how hard he works,” OSU coach Mike Boynton said. “I’m even more proud that he’s doing it right here close to home. … Proud is probably not a good enough word, really. I watched him his whole career. We actually recruited him when we were at Stephen F. [Austin] a little bit, so I’ve known him for a long time, and to see that dream be realized, it’s what it’s ultimately all about for me is to watch these kids get to where they want to go.”

Waters scored 1,152 career points in 121 games at Oklahoma State. That point total is good for 31st on OSU’s career list. He averaged double figures his junior and senior seasons, putting up 11.4 points, 4.2 rebounds and 2.6 assists a game as an upperclassman. He hit 177 3-pointers as a Cowboy, the 11th-most in program history.

Originally from Norman, Waters played his high school ball at Norman North where he was a three-star recruit. After graduating from OSU, he spent time with the Enid Outlaws of The Basketball League, a minor hoops league, before joining the Blue. He has been playing basketball all around Oklahoma on all sorts of different levels.

Waters has scored in double figures in six of his past nine G League games, starting with a 26-point outing against the Santa Cruz Warriors on Jan. 22. Waters was 7-for-10 from 3-point range in that game.

If Waters gets on the floor this season, he will be the fourth former Cowboy to play in an NBA game during 2021-22, joining Marcus Smart, Cade Cunningham and Cameron McGriff.