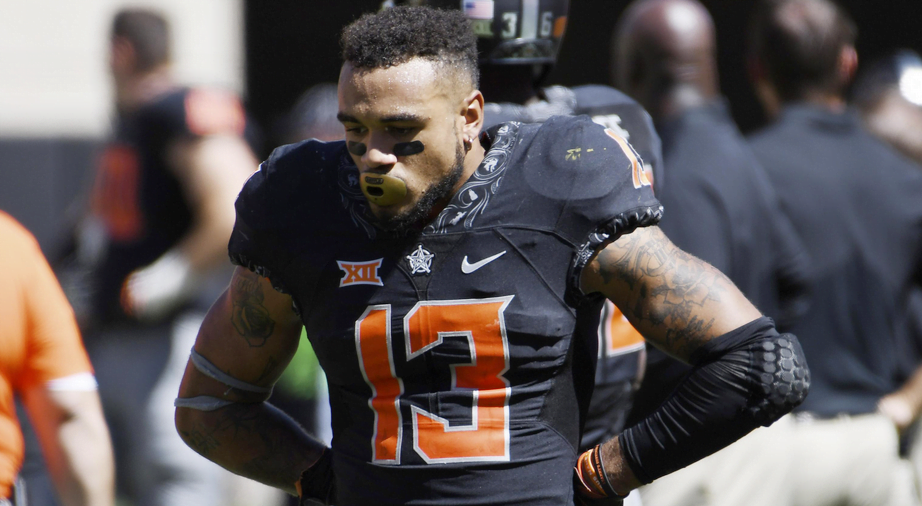 Former Oklahoma State star Jordan Sterns is making a football comeback, competing for a roster spot with the Salt Lake Stallions, a member of the Alliance of American Football.

Sterns went undrafted in 2017 after his OSU career ended and signed with the Kansas City Chiefs. However, he left the team in 2017 to deal with an illness, which Sterns now is openly discussing and identifying as a mental illness, before returning to the team in 2018. He was released by the team in 2018, and has since been working on gaining his edge back home — both mentally and physically.

“That mental stuff is crazy. You don’t know how quick you can lose hold, and that humbled me a little bit, too,” Sterns told the Express News recently. “Just to realize, I don’t have all the answers. I’m happy that happened, though. As crazy as it sounds, it’s changed me.”

Sterns says he didn’t sleep much when trying to compete for a roster spot in the NFL, and part of his coping with the stresses has been reading, writing and training. He writes poetry, or songs, whatever comes to mind to help get off his chest whatever he’s feeling.

“I had to really start working on my patience,” Sterns said about his journey. “I was like, ‘If they want me, why are they not calling me?’ Your mind will do that to you, especially when you really want something. I continued to find joy in the little things in my life. My family is a big one. Quiet time with myself, that’s another thing. … Getting to understand myself.”

Sterns isn’t guaranteed a spot with the Stallions — they have 75 players on the roster and will eventually have to cut to 52 by the end of training camp — but his past experience clawing for a roster spot in the NFL and his All-Big 12 level production at OSU could give him an inside track to making the final cut this time around.

The AAF league was founded in March of 2018 by Bill Polian and Charlie Ebersol, so it’s a learning experience not only for the eight teams involved, but for the players vying for spots on rosters. Sterns will know soon whether or not he’s in or out, as the 10-week season is set to commence on Feb. 9.