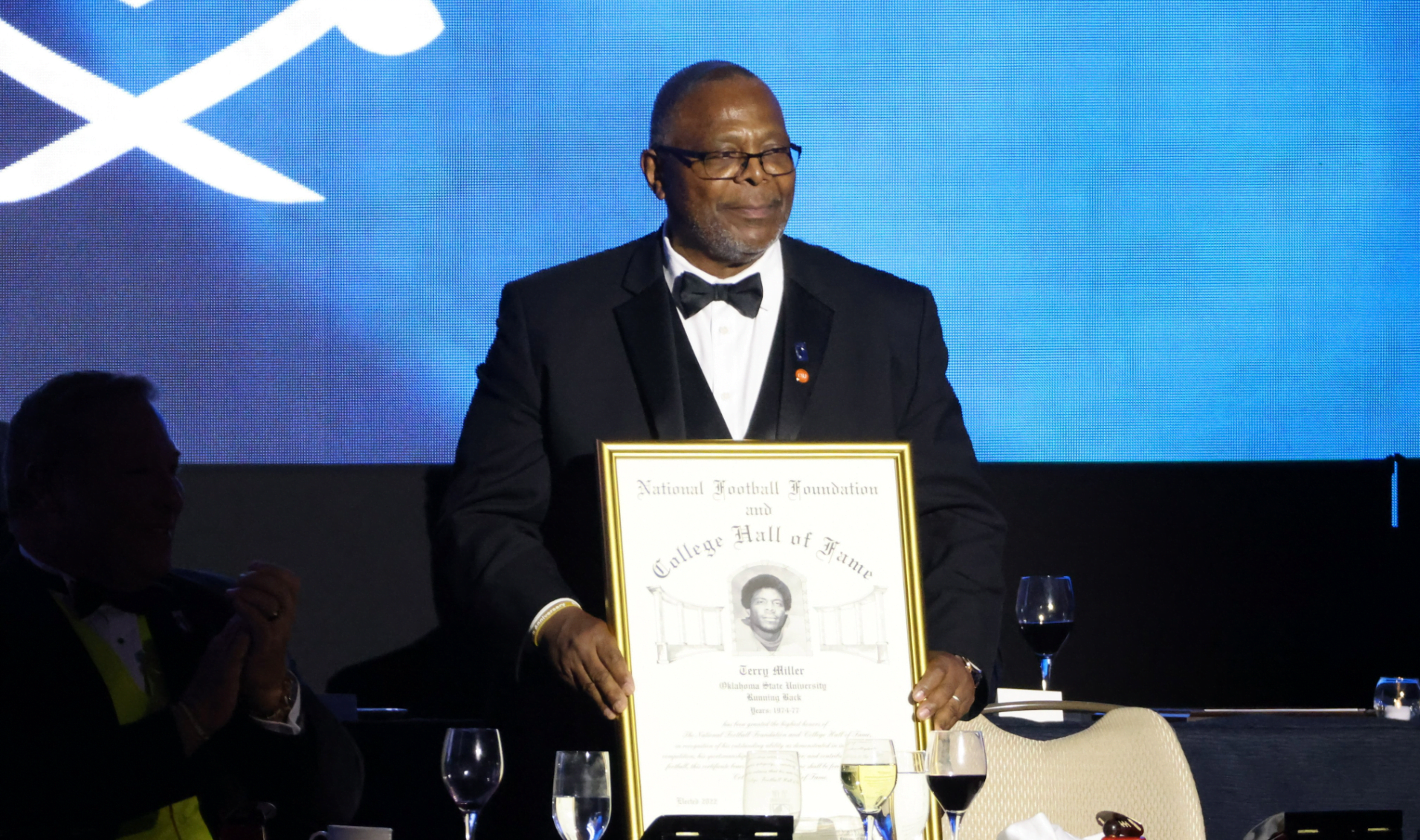 Former Oklahoma State star Terry Miller was officially inducted into the College Football Hall of Fame on Tuesday night, one of 18 players to earn the distinction as part of a star-studded 2022 induction class. Miller was a two-time All-American at OSU who finished second in the Heisman vote in 1977 and was fourth in the Heisman vote the year prior.

“The Big Eight, as it was then, was probably one of the most renounced running conferences in the era of ‘real football’ we’ll say,” said Miller on Tuesday. “And in order to win it didn’t matter how many people were in the box, there was going to be 22. You were going to say ‘I’m gonna run right,’ then you’d run right, and you just played football. I think the big thing was that the players knew their job, did their job, and it was a team effort.”

Miller led the Big Eight in rushing as both a junior and a senior at OSU and earned Big Eight Offensive Player of the Year in both seasons. He finished his career with 4,754 yards rushing and 49 rushing touchdowns in only 43 games. He still holds the OSU football record for most 100-yard games with 26 and most consecutive 100-yard rushing games with 19 and ranks second in the OSU record books in career rushing yards behind Thurman Thomas and second in career rushing touchdowns behind Barry Sanders.