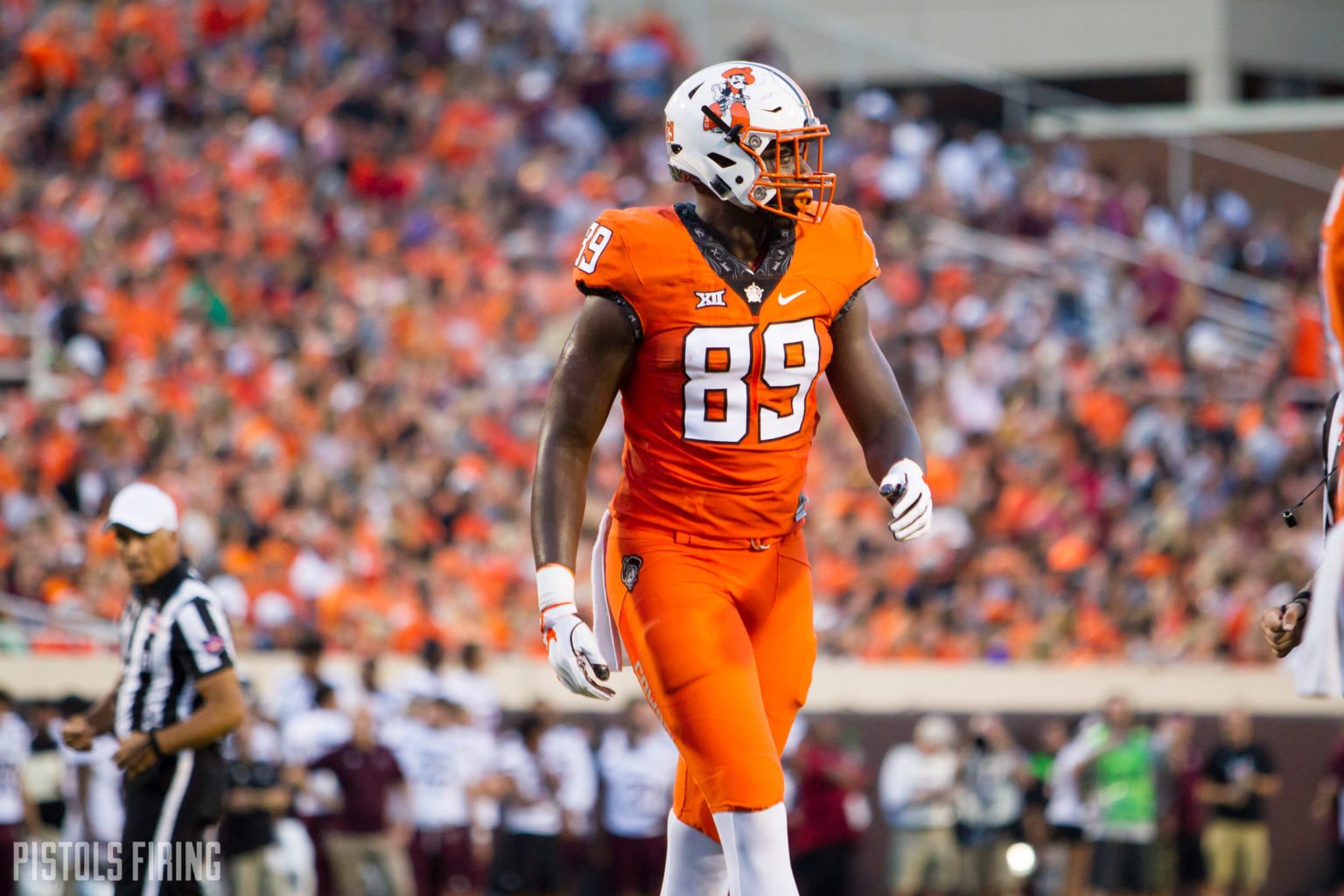 Jelani Woods had a career-best 129 yards receiving last season for Oklahoma State as a redshirt junior.

Through two games with Virginia, he’s nearly eclipsed that total after a breakout showing on Saturday in a 42-14 UVA win over Illinois.

Woods led all receivers in the game with 125 yards receiving on five receptions and added a score to boot just a week after opening his season with a humble one-catch debut for five yards. It was his second career game to record at least five receptions, the first time coming at OSU back in 2019 when he hauled in five catches for 32 yards in a 45-27 loss to Baylor.

At the time he announced his decision to transfer from Oklahoma State it was seen as a big loss, given Woods’ development as a QB-turned-TE starter. But rarely did we see his talents in action, as he caught just 31 passes in three seasons and operated primarily as a blocker in a Cowboy Back position primarily used to help break holes open in the running game.

OSU could certainly use his skills this year in an inexperienced passing game playing primarily with young receivers, especially with No. 1 option Tay Martin currently hampered with injury. Although he likely wouldn’t be a focal point in the offense — no tight end has caught a pass through two games — his size and ability to pave holes in the running game might have been put to good use considering OSU’s early season struggles to establish the run against inferior opponents.