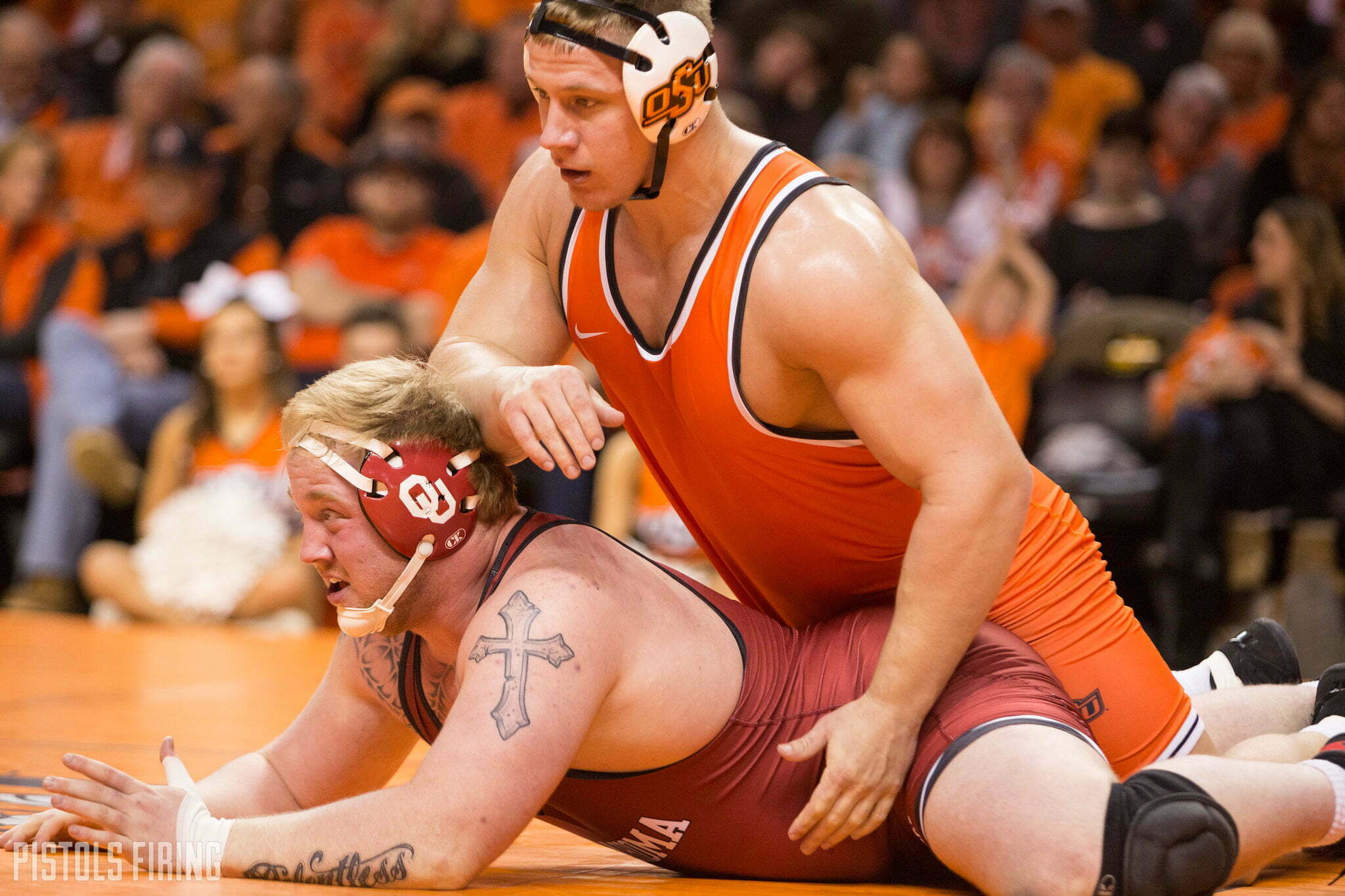 Oklahoma State went from having only two heavyweights listed on its roster most of last season to having myriad options.

Webb was the starter at heavyweight for OU during the 2017-18 season as a true freshman. He went 5-22 and 2-14 in duals including one Bedlam dual loss to Derek White.

There were some updates to the online roster for OSU a few weeks ago that did not include Webb, but he’s since been added.

During his redshirt season at OU he went 2-0 then as a sophomore in 2020 seemed to make some improvements comparative to his first season as the starter. Webb was a three-time Oklahoma state champion out of Davis in high school.