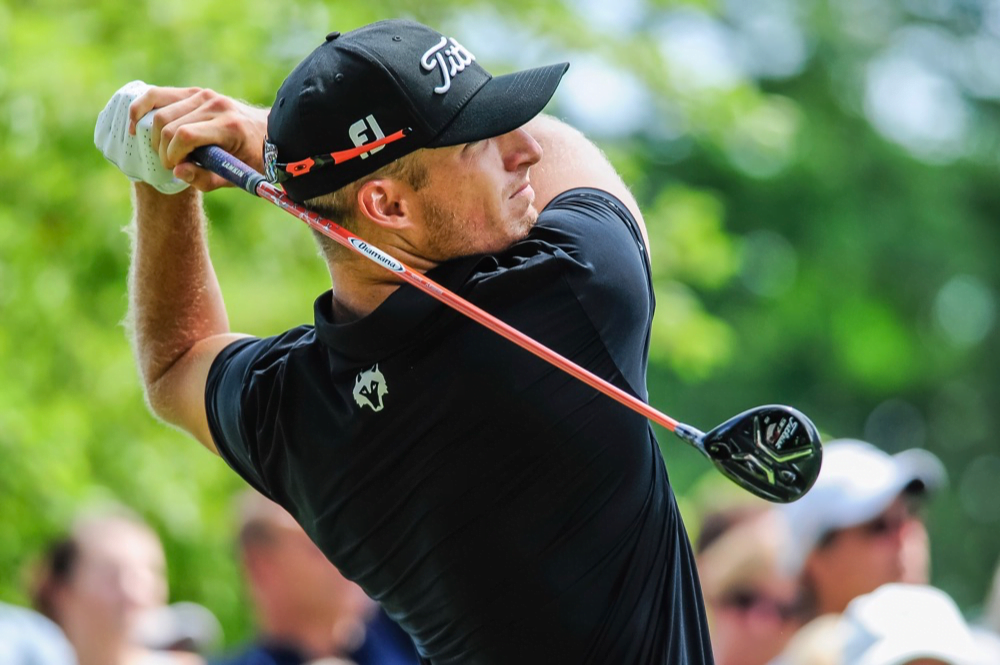 Morgan Hoffmann was part of one of the great Oklahoma State golf teams ever in the early 2010s when he teamed up with Peter Uihlein, Kevin Tway, Talor Gooch and Sean Einhaus in Stillwater. He was also on a team early on that included Uihlein and Rickie Fowler (all three were at one point the No. 1 amateur in the world).

Hoffmann has been more or less a mainstay on the PGA Tour since then, and he’s had his PGA Tour card for each of the last six seasons (including this one). He has nine top-10 finishes and has earned nearly $6 million in his career.

He is generally regarded as one of the most fit players on the PGA Tour, he flies his own plane to events and he even started his own line of clothing. All of that made what he revealed on Monday all the more staggering. Hoffmann has muscular dystrophy, he wrote for The Players’ Tribune.

In my case, my muscular dystrophy is currently causing my right and left pecs to atrophy. Where the disease will attack next, I’m not sure. The characteristics of this specific type of MD (facioscapulohumeral muscular dystrophy) are atrophy of the chest, back, neck, arms and sometimes legs. Each case is different, and some muscles degenerate more quickly than others.

As of now the disease has progressed slowly — only the right and a minimal amount of the left pec have deteriorated since I first started noticing an issue six years ago. Doctors are searching for a cure, conducting stem cell research and experimenting with growth hormone treatments. I’m hopeful that they are on the right track. [Players Tribune]

Hoffmann was diagnosed in November 2016 and has taken the news in stride, noting that he’s starting a charity event to raise money for research and attempting to eat his way to good health. His fight is admirable, but his motivation is immense.

But I believe now that this is why I was put on this earth — so that when a child is diagnosed with muscular dystrophy, there will be a cure; there will be people to help with mental, nutritional and physical training guidance. And especially so that no disease will ever hinder a little boy’s or girl’s passion for life.

Even though the type of muscular dystrophy that I have doesn’t pose an immediate threat to my life, there is a good chance that it will shorten it. I don’t know when that will happen, because there’s no way to gauge the speed at which the disease will spread. [Players Tribune]

The entire piece is worth your time. Hoffmann writes about the influence Stillwater and Oklahoma State had on his life and how it helped him start thinking outside of himself. He’s clearly carried that attitude forward with him as an adult.

The golf world reacted with compassion and optimism on Monday, too, including former teammates and current colleagues. We wish Hoffmann the best in his fight and, maybe more importantly, in his effort to assist those who will follow in his footsteps.

Honored to call Hoff one of my best friends. Glad he got his story out there to bring awareness. Everyone should check out his story. https://t.co/ZsXl0Mt9gM

Terrible to hear this but a great perspective from @Morgan_Hoffmann. I hope this story creates more awareness for MD. Thoughts are with you bud. https://t.co/6M7MQgYfi4