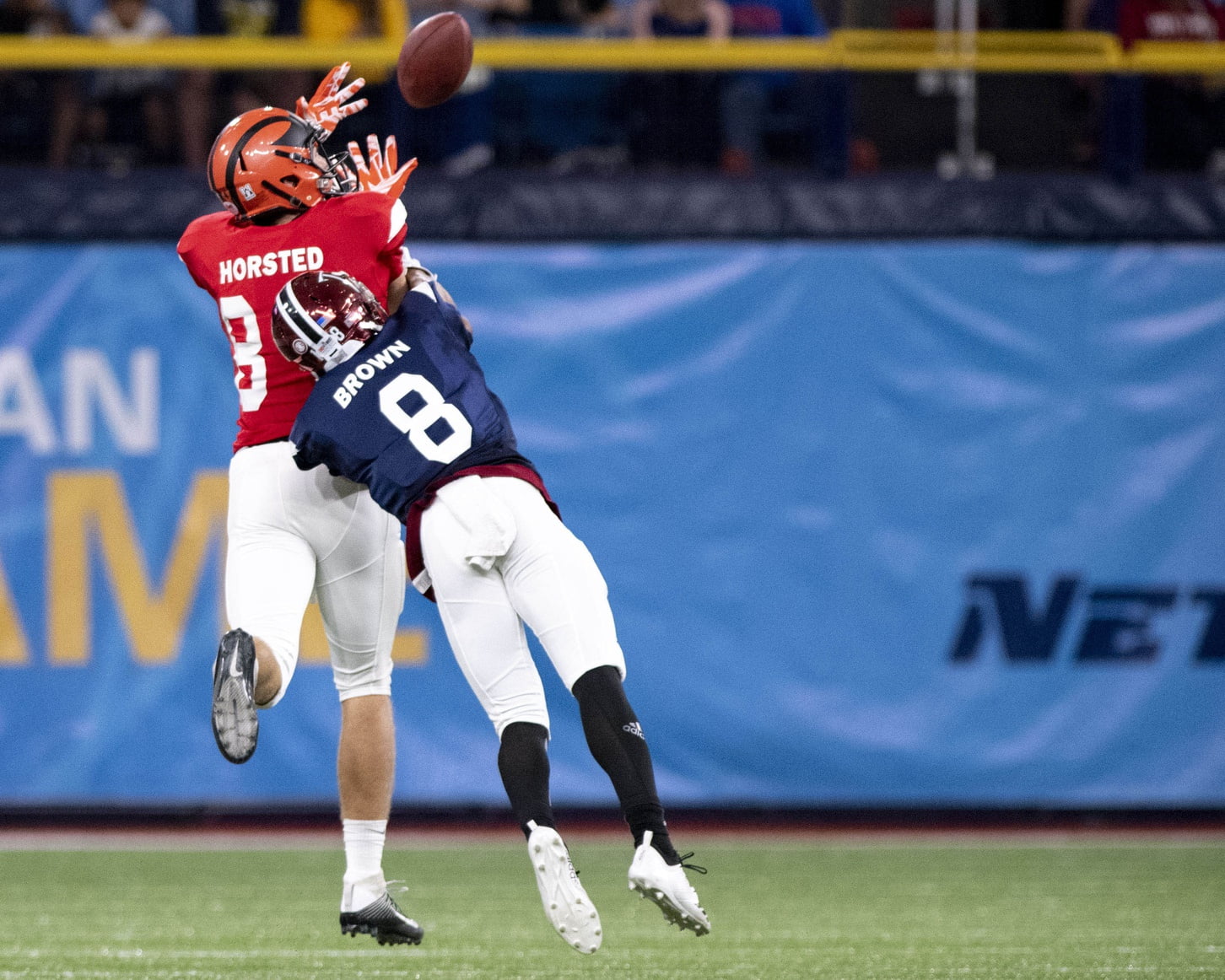 With rumors of Graham Harrell or hiring from within swirling, Gleeson was a name that was a bit under the radar, but the hire made sense. Gleeson was plucked from a lower division of college football (something Mike Gundy has done before), where his Princeton offense led the FCS with 47 points a game.

On Monday, PFB talked with former Princeton wide receiver Jesper Horsted, a 2018 FCS All-American and two-time All-Ivy first team member. Horsted finished his collegiate career with 2,703 receiving yards and 30 total touchdowns. Horsted said he was sad to see Gleeson leave the Tigers, but he said OSU fans are getting a good one.

“Some things that you’re just guaranteed [with Gleeson] are just gonna be people playing at a fast pace and playing really hard-nosed, physical football,” Horsted told PFB. “From the day I stepped on campus, he was harping on ‘this game needs to be fast, physical and as you’re playing your position, you need to be hungry.’ It does take a little bit of time to get used to that, but once you start to get into the routine of playing it that way, it just terrorizes opponents’ defenses. We would get in such good shape here, and we would be so well drilled with the offense because of him that it’s just this machine that keeps going.

“No matter what kind of scheme he does there, and he has a lot of creativity with that, you can just pointblank, hands down, expect to see fast and physical football that really wears down opponents’ defenses.”

In many ways, Horsted was to Princeton what Tylan Wallace was to OSU last season. In just 10 games, Horsted caught 72 passes for 1,047 yards and 13 touchdowns. Like Wallace, Horsted also threw two passes in the 2018 season. Needless to say, it looks as if Gleeson likes getting the ball to his playmakers.

“He does a really good job of using creativity to get me the ball in other ways because it’s not always route stuff,” Horsted said. “We did a lot of creative screens and even forward pass handoffs, and I even got to throw the ball a few times. It’s about getting the ball in playmakers’ hands with him I think, beyond just running your traditional route tree to get the ball.”

Horsted participated in the East-West Shrine Game, where he was teammates with former OSU quarterback Taylor Cornelius. Horsted had two receptions in the game (one from Cornelius) for 42 yards. He said the first day of practice was a bit of a shock for him competing with FBS players, but he said the transition didn’t take him too long, something he said he expects OSU fans will experience with Gleeson.

“I think there’s a bigger perceived difference between the competition levels of FBS and FCS,” Horsted said. “I think you’ll see that a little bit, too, in the way he comes in.”

Horsted said Gleeson is a history buff, something he draws from to motivate his players. A lot of Horsted’s praise of Gleeson involved Gleeson’s ability to motivate. Horsted said Gleeson would sometimes talk about certain battles, and before the Tigers meeting with Harvard in 2017, Gleeson compared Harvard Stadium to the Colosseum.

“He had visited Rome that previous year and was telling us about what used to happen there and how that was kind of similar in the battle that we were going out into,” Horsted said. “I remember that (story) very well. That got us ready to go.”

The Tigers came out and scored 31 first-half points that night in a 52-17 rout.

Horsted said one of the bigger things Gleeson helped instill in him was work ethic, something Horsted noticed Gleeson does with a lot of his players.

“He demands a high level, a high-intensity practice, and I really believe that is what best prepares you for the game on Saturday,” Horsted says. “It was a big jump from high school for me because (high school was) pretty laid back, a lot of days weren’t pads. Then you come here, and everything is timed down to the minute and things are going really quickly.

“He just makes sure that you’re ready to go out there every day and not taking reps and days off. I think that has been so important and vital for my development.”