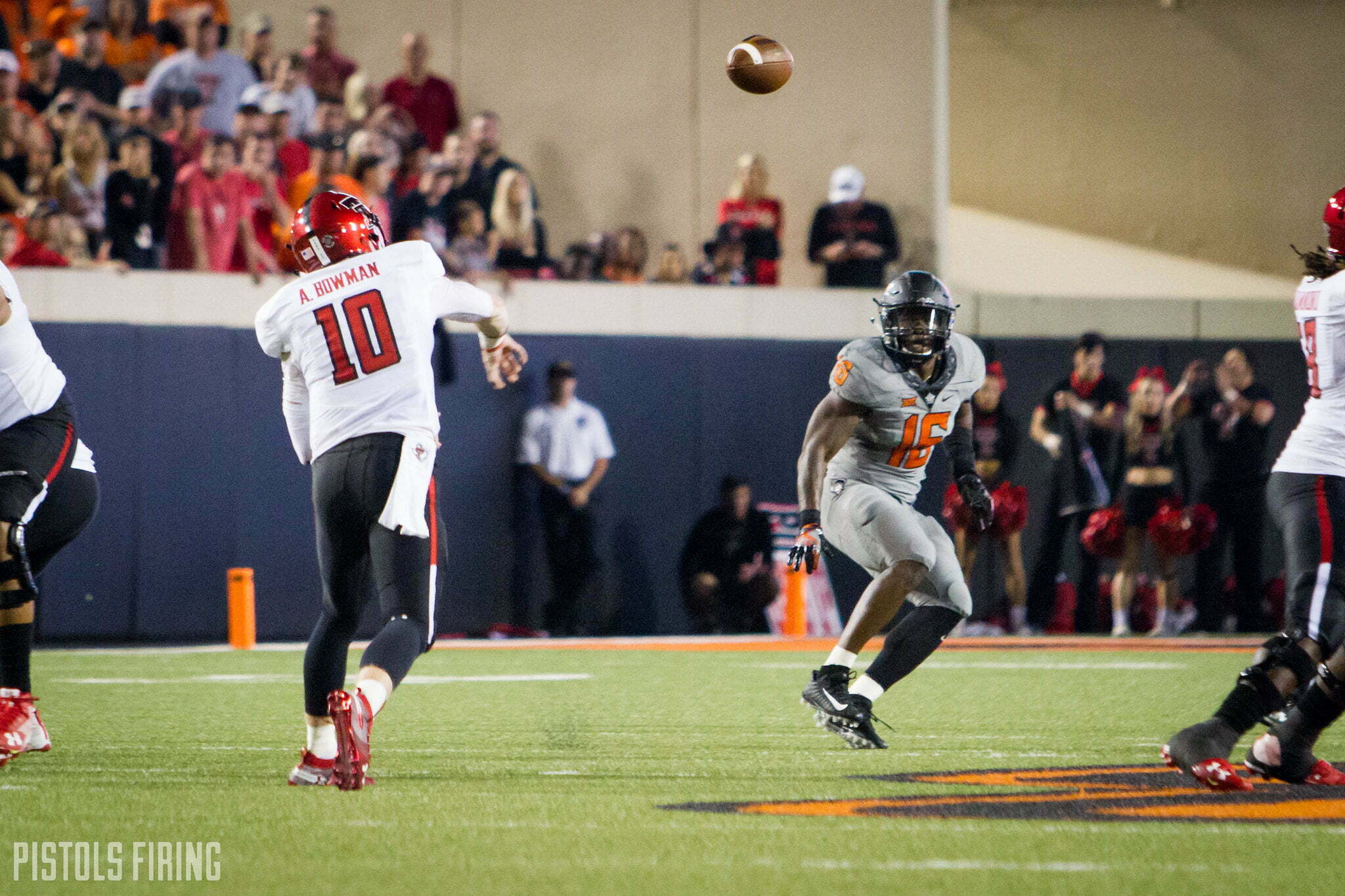 The Cowboys plucked an experienced quarterback out of the transfer portal.

Alan Bowman, who played at Texas Tech and Michigan across the past five seasons, announced his commitment to Oklahoma State on Monday. In 24 games at the collegiate level, Bowman has thrown for 5,329 yards, 34 touchdowns and 18 interceptions.

Bowman’s college career started at Texas Tech. As a true freshman in 2018, Bowman threw for 2,638 yards, 17 touchdowns and seven interceptions. A game against Oklahoma State was his first taste of the Big 12. He led the Red Raiders to a 41-17 victory while throwing for 397 yards and two touchdowns.

Injuries plagued much of the rest of his time in Lubbock, as he played in only three games in 2019 and played in eight games in 2020, totaling 2,622 yards, 16 touchdowns and 10 interceptions across those two seasons.

He transferred to Michigan ahead of the 2021 season. In two seasons with the Wolverines, Bowman played completed eight passes for 69 yards, a touchdown and an interception.

Bowman was a three-star prospect in the 2018 class out of Grapevine High School (Texas). He chose Tech over offers from Houston, Cincinnati, Ole Miss, San Diego State and others.

Bowman joins a quarterback room that lost longtime starter Spencer Sanders to the transfer portal. Aside from Bowman, the QB room is young with the likes of redshirt freshman Garret Rangel, redshirt sophomore Gunnar Gundy and true freshman Zane Flores.