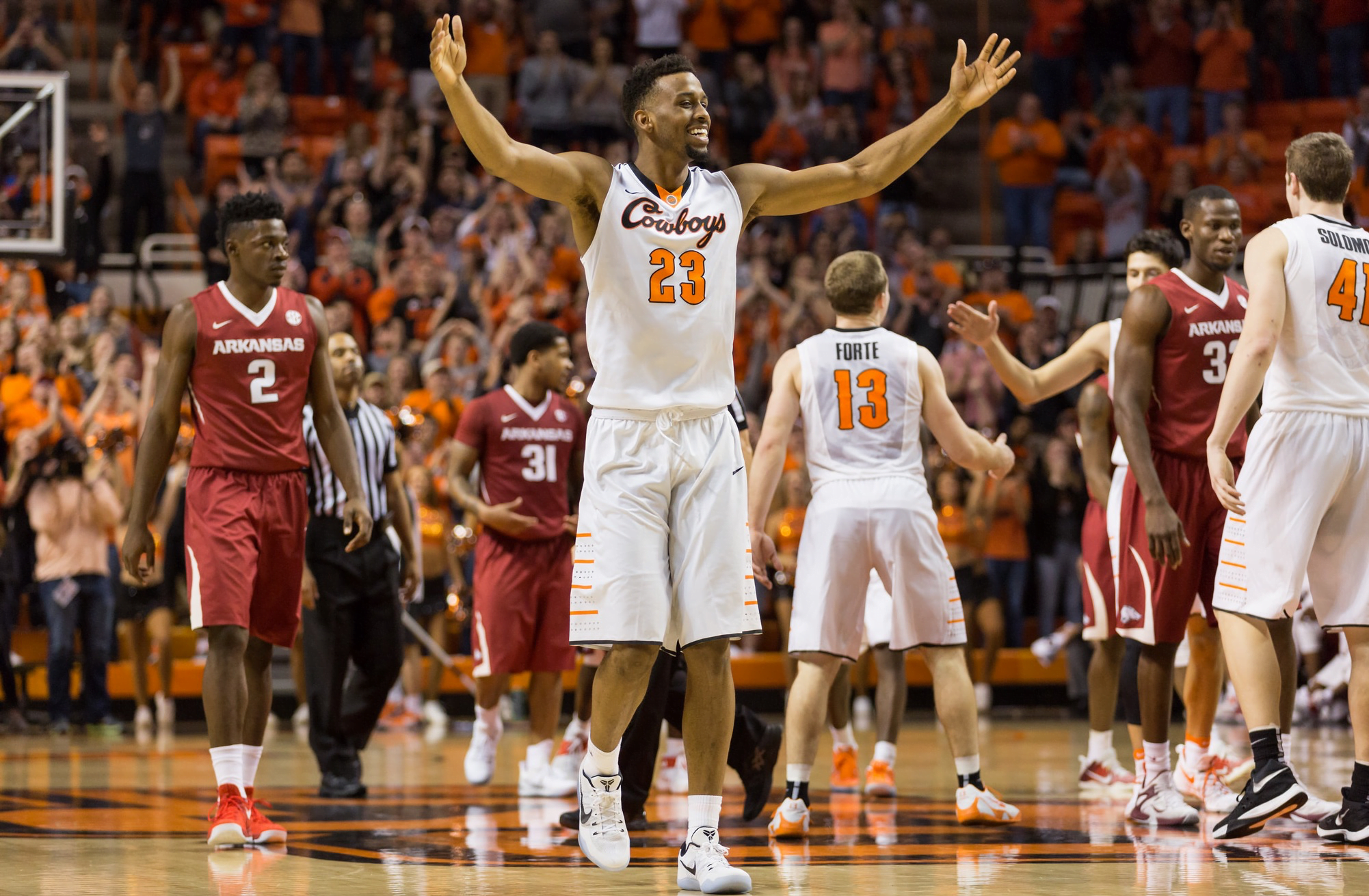 The Oklahoma State Cowboys will try and defeat the top-ranked Kansas Jayhawks at home for the fourth time in a row Saturday in Gallagher Iba Arena.

In each of the Cowboys’ past three wins, Kansas entered Gallagher Iba as a top-10 team. However, none of those wins were when the Jayhawks were No. 1. The last time that OSU played in GIA against a top-ranked KU team was in 2009, when the Cowboys upset the Jayhawks 85-77.

In addition to the game itself, Saturday will be significant for another reason. For Cowboys Leyton Hammonds and Phil Forte, Saturday’s game against Kansas will be their final home game at OSU.

“We’re going to have a great sendoff for two great seniors,” said OSU head coach Brad Underwood. “What they’ve meant to Oklahoma State basketball is no small thing. There’s no question you have little extra juice flowing, and throw on top you’re playing the number one team in the country, it makes it an opportunity for a great memory.”

Both Hammonds and Forte have been playing since they were freshmen. Forte got a second shot at a senior season thanks to a medical redshirt in 2015.

“Going into Saturday’s game, I’m going to try and embrace it and soak everything in,” Forte said. “We’re just trying to have fun, just embrace it and kind of enjoy it because it’s the last time we’re gonna be able to run out of this tunnel here and play in front of our fans at home.”

This will be only the third time since 2000 where the Cowboys take on a top-10 team in their final home game, as the Cowboys lost to No. 3 Kansas and defeated No. 9 Kansas State in 2012 and 2013, respectively. Senior nights are noteworthy for any graduating class, but they have additional importance when it’s against a ranked team.

“I mean, they’re number one in the country,” Hammonds said. “To get a win against a really, really good team like Kansas … and for that to be on senior night, it’s kind of like a cherry on top of my career here.”

Both Hammonds and Forte have played key roles in the Cowboys’ run late in the season. Forte is third on the team in points per game, and Leyton Hammonds has seen a major uptick in points production, scoring in double figures in four of the past six games. Their play will be critical in the Cowboys’ upset effort on Saturday.

The Cowboys take on the Jayhawks at 5 p.m. in Gallagher Iba Arena. The game will be broadcast on ESPN following the Baylor vs. Texas telecast.