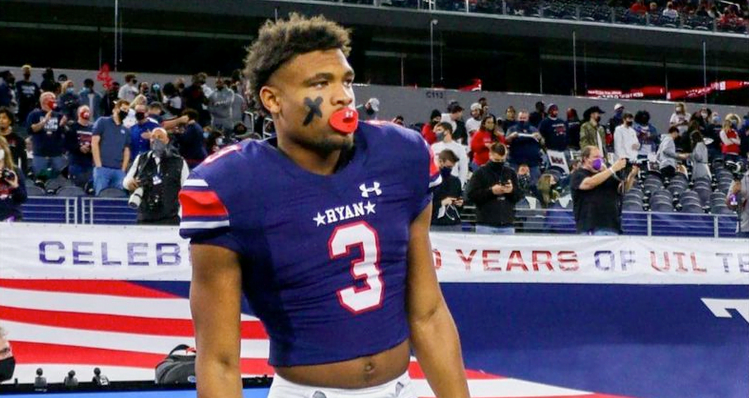 Four-star Texas cornerback Austin Jordan, a top-100 talent from the Lone Star State and one of the best players at his position in the country, announced on Monday that he’s cut his list to 10 schools and included OSU among them.

Jordan hails from Denton Ryan, home of the fightin’ Spencer Sanders’, so OSU has a viable path to pitch to him on a chance to become a star in Stillwater. But it’s still a tricky prospect battling Texas, OU and Ohio State on the recruiting trail, especially in 2022 with all three trending as potential top-10 teams in the cycle.

OSU has some momentum at its sails though with a recent wave of commitments powering it to No. 10 in the nationally rankings and third in the Big 12, led by QB commit Garret Rangel. Moreover, it has a chance to pitch playing time to Jordan. At OSU it will need to replace both starters at corner come 2022, when Jordan will be a freshman. That has likely helped OSU already, case in point being the recent addition of Saint Louis standout cornerback Cameron Epps.

We’ll see if OSU can close here but it’s a positive step that OSU is even in the mix for a talented player as highly regarded as Jordan is.