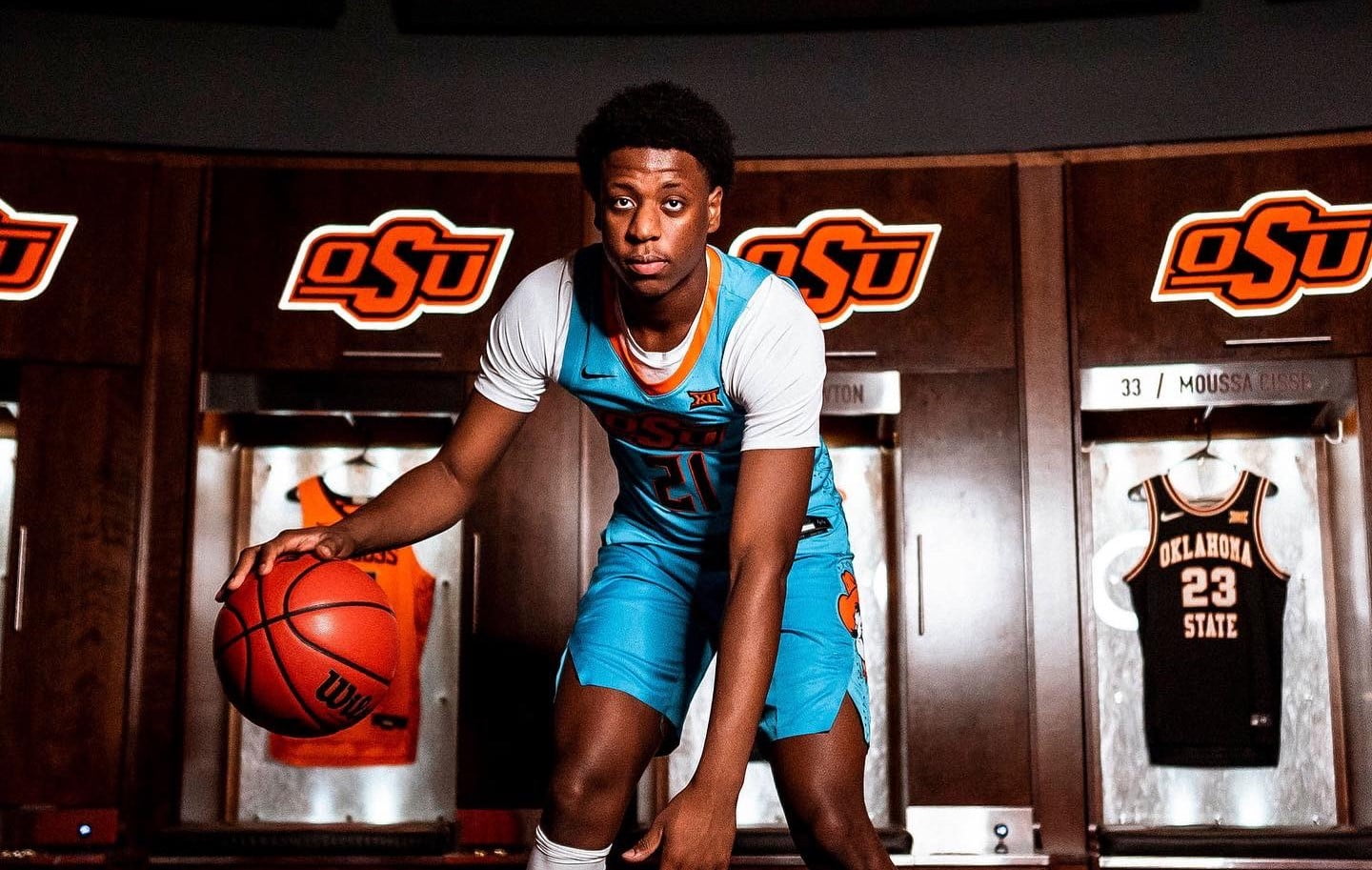 Mike Boynton’s recruiting class is back in the Top 15.

Justin McBride, a four-star prospect from Plano, Texas, committed to Oklahoma State on Wednesday. A 6-foot-7 forward, McBride is ranked as highly as the No. 73 player in the 2023 class and pledged to the Pokes over finalists Missouri and Arizona State.

McBride joins center Brandon Garrison, point guard Jamyron Keller and sharpshooter Connor Dow in the Cowboys’ 2023 class, which moves up to No. 11 nationally in 247Sports’ team rankings. That’s good for second in the Big 12 behind Iowa State.

Playing alongside Keller on Nike’s EYBL circuit this summer, McBride averaged 13.1 points, 4.8 rebounds and 1.4 assists a game for Drive Nation while shooting 53% from the field.

OSU got on McBride’s radar at the Peach Jam. McBride averaged 16.8 points while shooting 54% from the field and 28% from 3. It was at that event where the Cowboys’ staff offered McBride and Keller silently committed to OSU. McBride took an official visit to Stillwater at the beginning of the month.

“It was a great visit,” McBride told PFB after the visit. “The coaching staff was great. The players were great. There was a great camaraderie and great chemistry there.”

Now playing at Plano High School, McBride spent two seasons at the highly touted Oak Hill Academy. At one time in 2021, McBride was as high as No. 27 in the 2023 recruiting rankings before falling down as low as 160 in those rankings before now climbing back up to 118. Here is a look at how the different services rank him:

Here are highlights from McBride’s standout performance against Team Melo at the Peach Jam. Nestled in the corner are Boynton and OSU assistant David Cason. McBride finished this game with 33 points and was 5-for-8 from 3.

McBride is already plenty familiar with Keller, but he’ll get to know Brandon Garrison more next month. The pair were two of 62 invited to a USA Basketball minicamp.