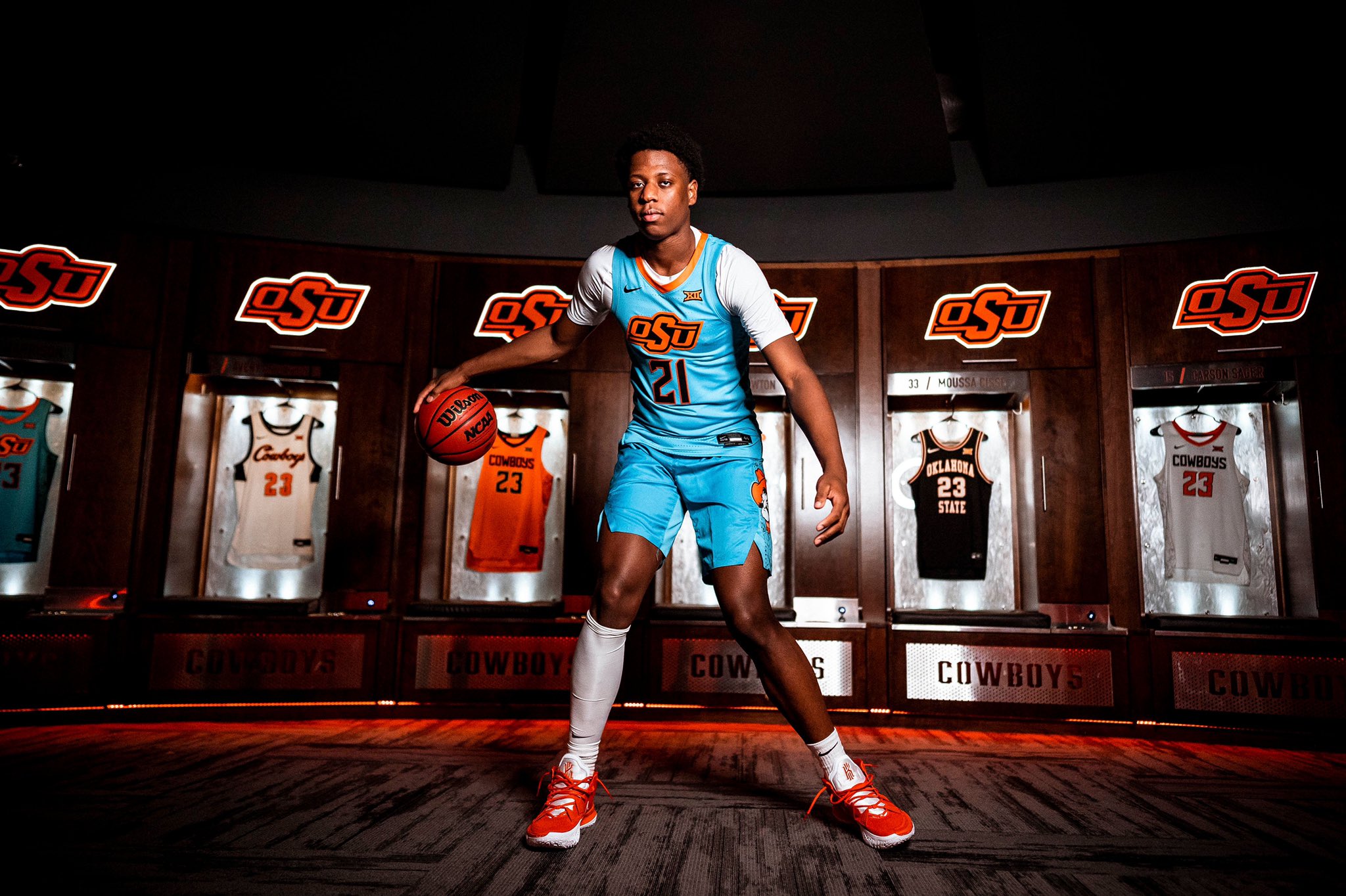 A four-star forward in the 2023 recruiting class is set to pick a program Wednesday, and Oklahoma State is in the running.

Justin McBride, a 6-foot-7 hooper out of Plano, Texas, is down to three schools: Oklahoma State, Missouri and Arizona State. Oklahoma State offered McBride in July, and he made it to Stillwater for an official visit the weekend of the Central Michigan football game.

“It was a great visit,” McBride told PFB. “The coaching staff was great. The players were great. There was a great camaraderie and great chemistry there.”

McBride is the No. 118 player in the 247Sports Composite rankings, making him a four-star prospect. Rivals lists him as high as the No. 73 player in his class. He has had an interesting path with the rankings. He debuted in the 2023 Composite rankings at No. 27 in February of 2021 before falling as low as No. 160 and now climbing back up.

Playing alongside OSU commit Jamyron Keller with Drive Nation this summer, McBride averaged 13.1 points, 4.8 rebounds and 1.4 assists on Nike’s EYBL circuit. He particularly had a strong showing during the Peach Jam. Helping lead Drive Nation to an invitational title, McBride averaged 16.8 points and 6.3 rebounds a game. In one game, he scored 33 points and was 5-for-8 from 3-point range.