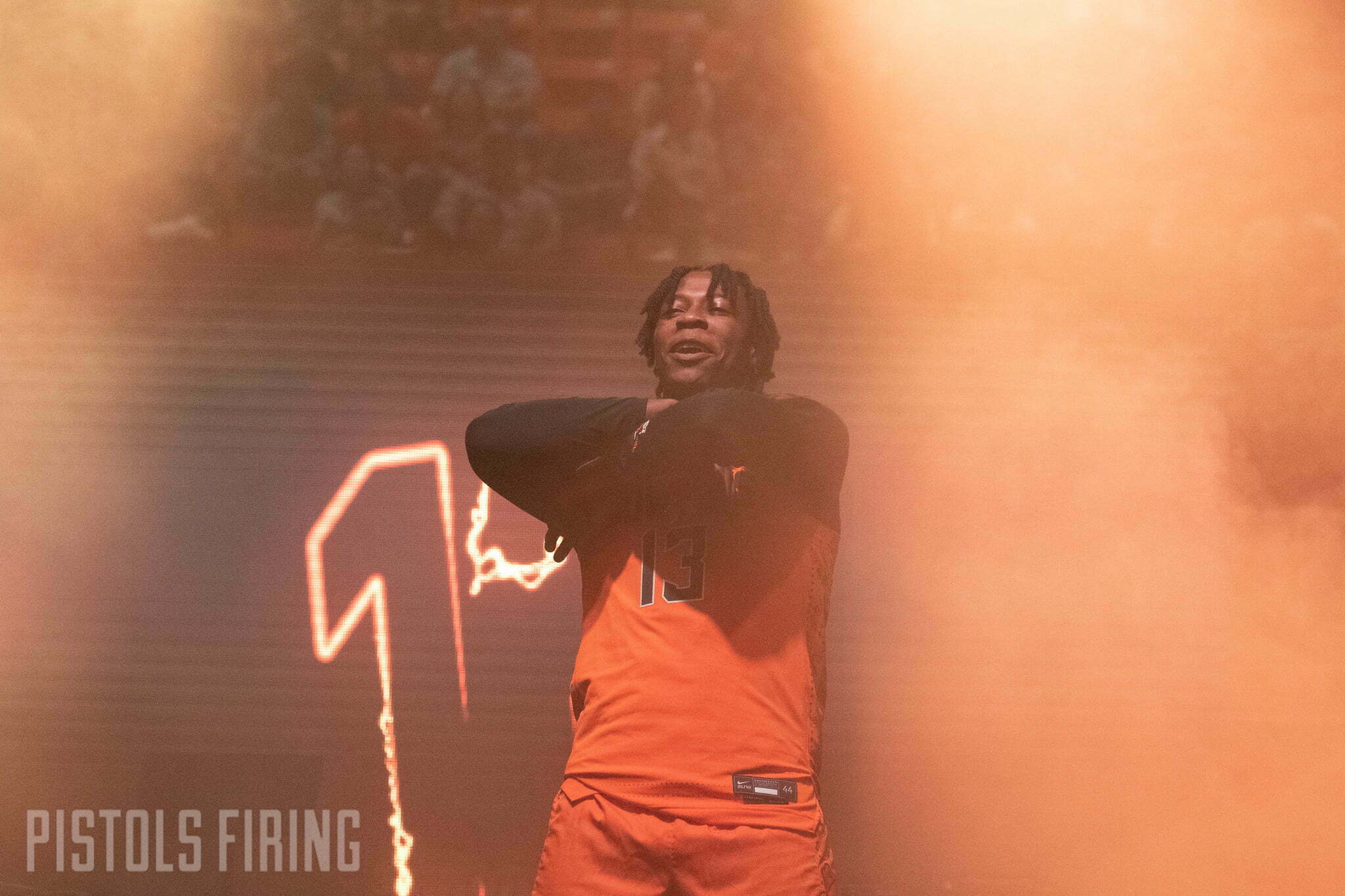 STILLWATER — Quion Williams is a bit of an unknown to Cowboy fans this early into his freshman year, but his infectious energy is already making an impact on the basketball team.

Look no further than Friday night. At Oklahoma State’s Homecoming and Hoops, Williams — a 6-foot-4 guard from Jonesboro, Arkansas — took the mic from Waka Flocka Flame during his concert in Gallagher-Iba Arena and gave a performance of his own.

“That’s Q, right?” OSU coach Mike Boynton said. “He’s not afraid of anything. I’m not sure I’ve ever seen anyone, let alone some 18-year-old kid, get on stage with a performer and not sing along with them or get a microphone from somebody else to do it, but to take the mic from the main performer and actually be the main performer. I’ve never seen that before, and I’ve been to several concerts before. He’s got some courage. Also, it was a pretty nice crowd in there for him to feel comfortable doing that in front of a bunch of people.

“It just goes to show you why he’s made the impression in our locker room and with our team is he doesn’t mind putting himself out there. Some people might’ve thought that was a little over the top or maybe a little embarrassing, but he’s not afraid to take some chances and give himself up for everybody to have a good time.”

That’s just one of a handful of stories that have already come out that spotlights Williams’ eccentric personality. Senior forward Kalib Boone said if the team has a 6 a.m. lift, Williams will be in the locker room at 5:30 a.m. “running around.”

He was apparently also a ball of energy during the team’s fall bootcamp — a bootcamp that had transfer senior John-Michael Wright exhausted on the floor in the locker room after the first day.

“We have bootcamp at 6 in the morning, we just ran 15 laps twice around the track,” senior guard Chris Harris said. “He’s in there just jumping, touching the top of the ceiling. I’m sitting here like, ‘Bro, I’m tired. Why are you still jumping? We just did all this. You got too much energy.’ He’s like, ‘Bro, I’m young. I love this. I’m young.’ Young legs or something.”

OSU offered Williams in June before his senior year of high school, part of a flurry of offers during that offseason that included Texas A&M, TCU, Texas Tech, Houston, Ole Miss, Georgia and Kansas State. But it didn’t take long for Williams to commit to the Cowboys after a visit to Stillwater.

He is the only scholarship freshman on OSU’s roster. For some, that could be hard being away from home for the first time alone. But from all accounts, he has fit in right away on and off the court.

“He’s more than held his own,” Boynton said. “I think he’s earned the respect of our locker room, which I think is key for a guy who has expectations to play early, to first gain the respect of your teammates so that you can truly impact the goals of the team. He’s been able to do that because he’s got great humility. He understands that it’s not about him, that he’s here to help us as a group achieve some things that are not easy to do. In terms of where he is, I’d be shocked if he wasn’t a significant part of our rotation here pretty soon.”

Williams tore a meniscus in his knee before his senior season at Jonesboro High School, but he battled back and played again in January, leading the Hurricane to a state championship. Jonesboro didn’t lose a game after Williams returned.

It’s early — he hasn’t played in a college game yet — but with his play, his personality and his nonstop energy, Williams could be a fan-favorite in Stillwater for years to come.

“In practice, I hustle hard, rebound — I just try to bring the energy that the team needs,” Williams said. “Do the little things that matter, try to make an impact as a freshman, not by just scoring just by doing the dog work.”