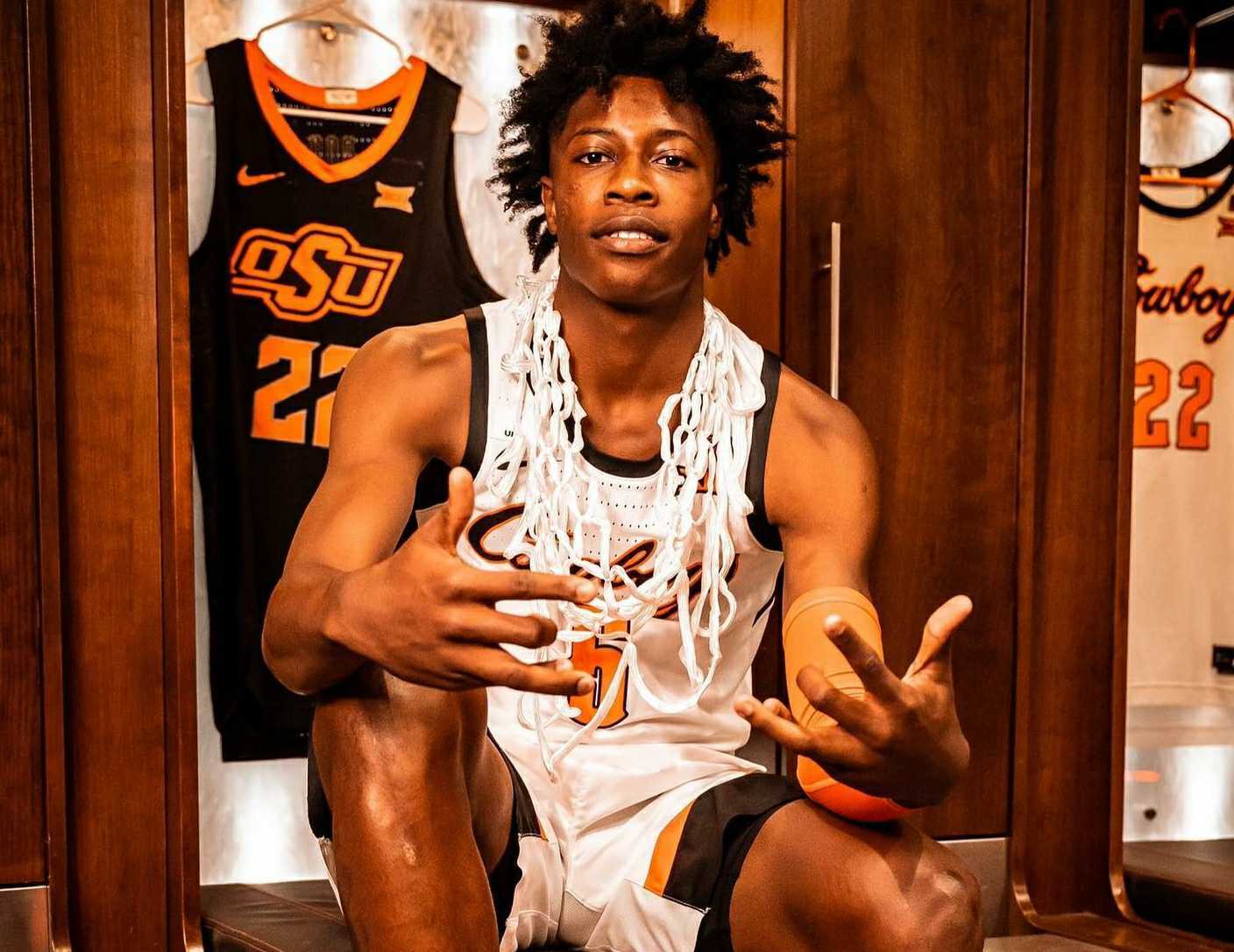 Williams, a 6-foot-4, 185-pound guard, signed his letter of intent on Saturday in Jonesboro, Arkansas. Williams is the No. 92 player in the 2022 class and a four-star recruit. He committed to Oklahoma State in August over offers from Texas A&M, Texas Tech, TCU, Ole Miss, Houston and others.

Williams recently transferred back to Jonesboro High School after spending some time at Mansfield-Legacy in Texas. He is sidelined after having surgery for a knee injury shortly before his commitment to OSU on Aug. 4, but Williams told PFB he will be cleared Jan. 3.

Williams told PFB that he and OSU coach Mike Boynton have discussed the fallout of the NCAA denying the Cowboys’ sanctions appeal. Williams said Boynton’s message has been “control what you can control.”

“No disrespect, but I really feel like it’s BS how [the NCAA does] folks like that,” Williams told PFB. “They’re punishing kids, like we have, I think we got four transfers who was in high school or middle school when this happened. They transferred to Oklahoma State, and now they can’t play. Then you got the kids who were there for all their four years, they finally got a good team to finally go there in excel and they can’t play. They took it away from them. I feel like it’s bull crap.”

Williams is a two-way guard whose length and high motor make him an elite defender. Recruiting sites list him as a small forward, but Williams has the handles and passing ability to play on the ball as good as off it.

“Williams has been one of the biggest stock risers in the summer of 2021. Playing as hard as he possibly can each time he laces them up is the standard for him. He simply has one of the highest motors in all of high school basketball. Couple that with his strength, toughness, and elite athleticism and you have a high volume rebounder with a matching activity level. Williams has the physical toughness to be an excellent rebounder and defender at the high major level, however, his overall upside is in his ability to pass, dribble, and shoot. He is capable of doing all but if he will evolve in those areas once he learns how to play at more than one speed and understands pace. The bottom line is Williams’ length, body type, and crazy motor will make him a productive glue guy that complements other great players around him. However, continued attention to detail on his perimeter skillset could change his trajectory as a player and would ultimately pay off in the long run.”

Williams debuted in the composite rankings at No. 236 on June 30. Here is where he stands on all the major rankings:

Williams is the only commit in OSU’s 2022 class as things stand, but Mike Boynton and his staff have been after Anthony Black. A 6-7 guard, Black is a five-star prospect ranked 24th in the cycle. Between 247Sports and Rivals, five analyst have predicted Black to end up in Stillwater, though Black himself has not announced any commitment dates.