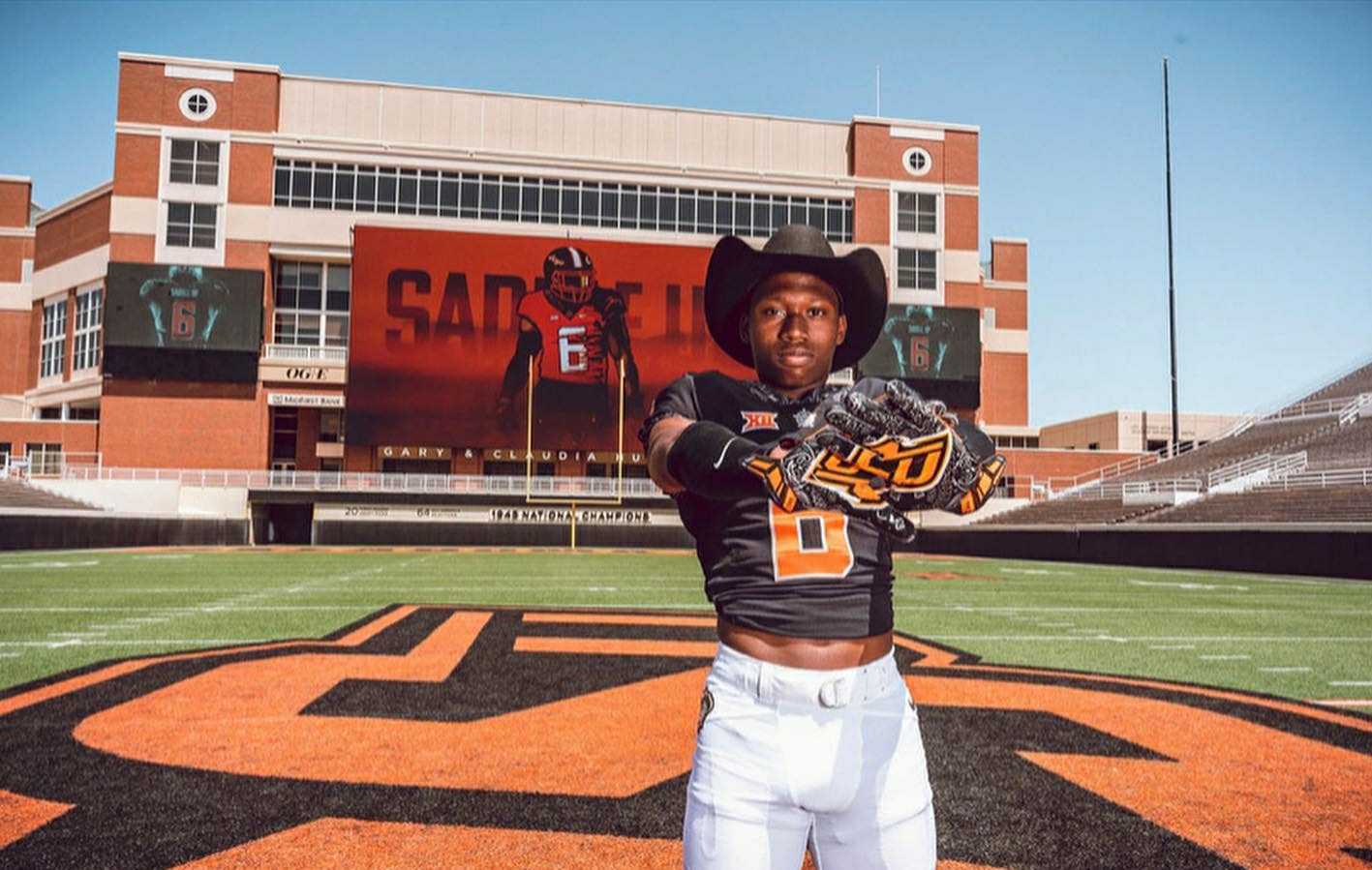 A highly touted ball carrier who has been on Oklahoma State’s campus will make his college decision this weekend.

Parker Jenkins, a four-star running back from Klein Forest High School (Texas), will pick a program on Saturday, he announced via his Twitter. Jenkins took an official visit to Oklahoma State in late June, but he is also considering LSU, Houston, Northwestern, SMU and Boston College.

Jenkins is the No. 389 player in the 2023 composite rankings, which puts him as the No. 29 running back in the cycle and the No. 67 player from Texas.

Jenkins rushed for 427 yards and five touchdowns as a high school junior last season. He also had 282 receiving yards and another two scores. His speed gives him the potential to be a game breaker at the college level. He recorded a 10.80 100-meter dash this past spring.

An analysts on 247Sports predicted that Jenkins would end up at LSU on April 23. Since then, however, the Tigers have added a pair of four-star running backs, both rated higher than Jenkins. Three analysts at Rivals have Jenkins landing at Northwestern, with the most recent prediction coming June 6.

Oklahoma State has 10 commits in its 2023 class, which ranks 53rd nationally and ninth in the Big 12. The Cowboys don’t have a running back committed, but with no senior ball carriers on the roster, it isn’t a total position of need. At Big 12 Media Days last month, OSU coach Mike Gundy said the Pokes will likely only take four or five more guys in this class, meaning it isn’t going to be a traditional class of 25.