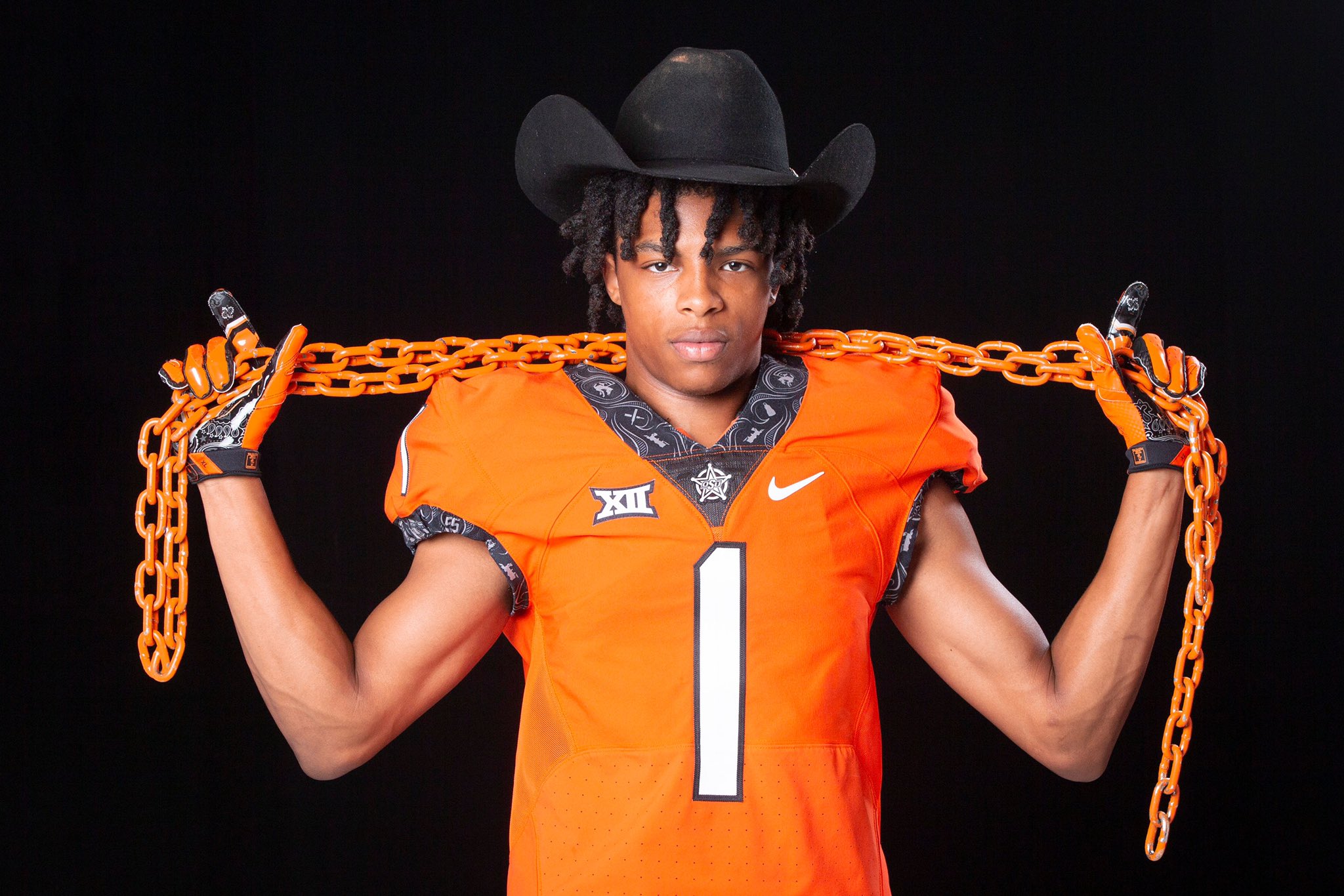 The high school football season kicked off across the country this past weekend, and members of Oklahoma State’s 2023 class had some standout performances.

Overall, OSU commits went 6-4 this past weekend. Here is a look at how the commits fared. Stats are via MaxPreps (not every game has stats reported). If the player has a Hudl highlight from the week, it’ll be included as well.

Since committing to Oklahoma State on July 1, Jelani McDonald’s stock has soared, and it’s easy to see why with how he performed Friday. McDonald, who will be a defensive back at Oklahoma State, plays quarterback and safety for Waco Connally as the Cadets thumped Mexia 65-20.

Playing all over the field, McDonald, listed at 6-foot-2, 190 pounds, was 2-for-4 in the passing game with 48 yards and a pair of scores. He rushed for another 50 yards and a touchdown. Defensively, he had a pair of sacks and an interception. He also had an 86-yard kickoff return.

Zane Flores, Oklahoma State’s quarterback commit, was dealing against Burke, as Flores’ Gretna Dragons advanced to 1-0 with a 44-0 victory. Flores finished 12-for-17 with 163 yards, three touchdowns and an interception.

A defensive line prospect for the Cowboys, Jaedon Foreman’s main highlight from the weekend came as a tight end, where he caught a post route for a touchdown. Del City won a tough game against Choctaw 38-34. Foreman had the one catch for 20 yards and a score. He was also credited with four tackles.

Like McDonald, Heard plays quarterback at the high school level. Heard, who will be a receiver in Stillwater, led Furr to a 61-0 shellacking over Chaves. Heard was 6-for-9 with 77 passing yards and a touchdown, but he also ran for another 134 yards and three scores (on only six carries, according to MaxPreps).

There weren’t any stats reported from Oak Grove’s 14-6 loss to Ouachita Parish, but OSU safety commit Kam Franklin uploaded a good-sized highlight film that showed him get involved in a handful of tackles, including some for loss.

Dylan Smith, brother of current Cowboy Cam Smith, was victorious in his first game of the season as Braswell defeated Eaton 45-20. Defensive stats weren’t reported to MaxPreps, but Smith’s highlights from the game show a gnarly forced fumble/fumble recovery. It looked like Kolby Harvell-Peel in the Fiesta Bowl.

It was a tough start to the year for Poasa Utu’s Kennedale High School, which fell to La Vega 34-7. Still, Utu tied for a team-high with 10 tackles, including three tackles for loss and a sack. He was also credited with 91 kickoff return yards (is that a misprint?).

Jack Endean, a 6-foot-5, 270-pound offensive lineman, showed a mean streak in his first game of the year. He got a flagged tossed on him during his first highlight for playing through the whistle as he drove helpless defenders all around the field. His team, though, starts the year with a notch in the loss column as Tanque Verde fell to Morenci 44-0.

It the first game in the post-Ollie Gordon era, Euless Trinity fell to Prosper 17-13. Defensive stats for the game weren’t reported, but OSU defensive line prospect Ricky Lolohea had a few highlight tackles as he stuffed up the line of scrimmage.

Stillwater High is looking to make a run at a 6A-II state title in 2022, a run that seems more realistic with Bixby out of the classification. The Pioneers started their season with a 41-27 victory against Greenwood (Arkansas). Sanders plays center, where he snaps to Gage Gundy, the youngest of Mike Gundy’s children.