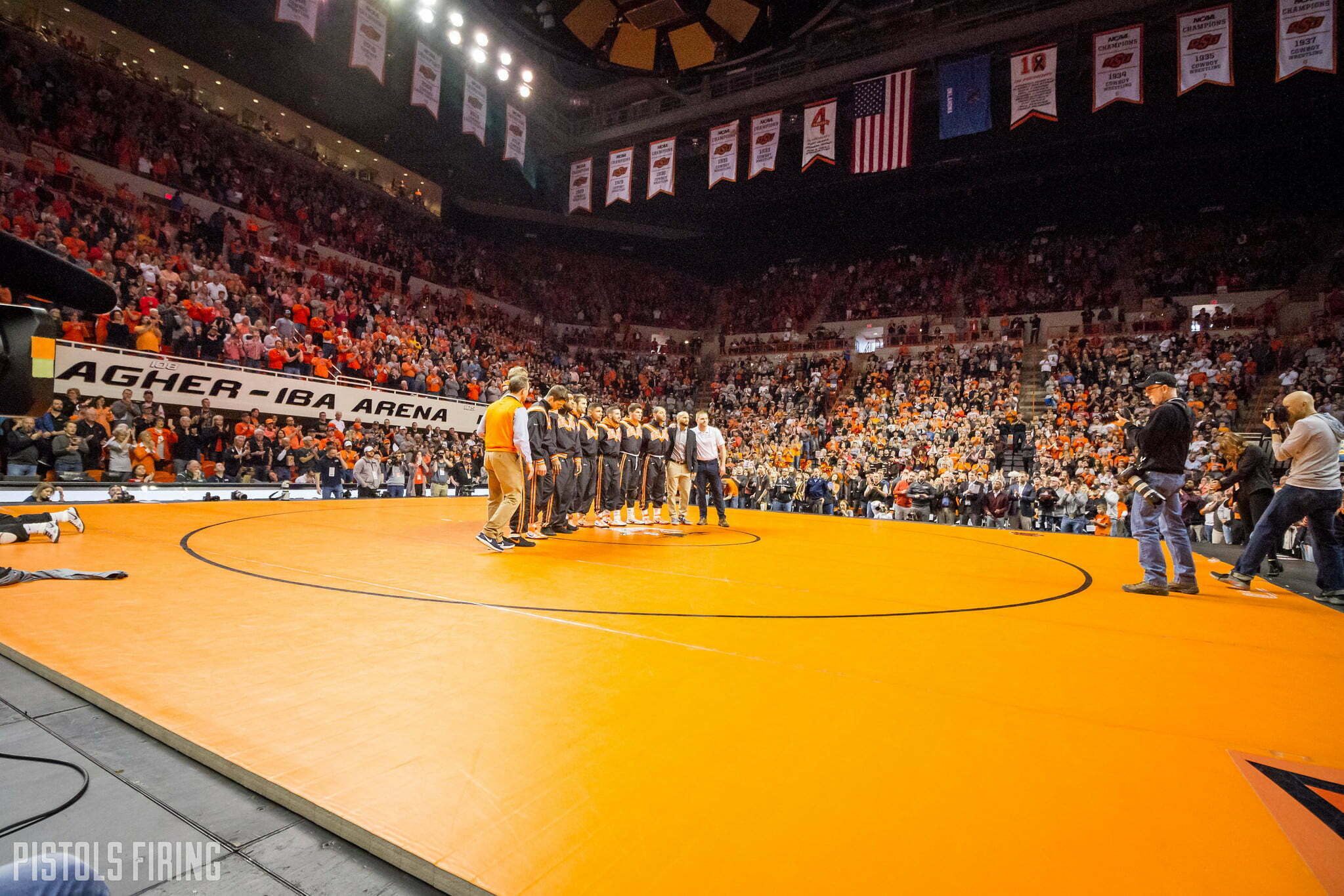 On Saturday night, Oklahoma State football faced its archrival Oklahoma in the 114th installment of Bedlam and fell 34-16. This moved the all-time series mark to 89-18-7 in favor of the Sooners.

This unfortunate routine that Oklahoma State fans know all too well leaves all of us looking forward to playing OU in pretty much any other sport that’s not football. Most notably, wrestling, where OSU has a decided advantage.

Most Oklahoma State fans know the goals for Cowboy wrestling are different than what they are for football. Bedlam results in wrestling are often an afterthought. The Cowboys have a 141-27-10 record vs. the Sooners and in their last meeting drilled OU by a 41-2 margin, the widest in 26 years.

Often when any OSU fan brings up the success that Oklahoma State has had over OU in wrestling, the narrative that is quickly pushed by OU fans is that no one actually cares about wrestling.

In the past year Oklahoma State fans have done quite the job in changing that narrative. Oklahoma State set a record average for attendance last season and had the third-highest attendance for any event ever in Gallagher-Iba when they wrestled arch-rival Iowa in the season finale and 13,811 fans packed the joint for one of the wildest Oklahoma State events in recent memory.

With all that momentum and all the good it’s done for the Cowboys — specifically with recruiting, as the Cowboys have landed the top class in the country for 2020 and look to be on pace for another similar one for 2021 — there are still detractors among the  Oklahoma State fan base. Those who really don’t care about OSU’s past successes in wrestling or what they will be moving forward and are too fixated on the loss of yet another Bedlam game or a football season that didn’t quite live up to their expectations.

I can’t stress this enough: You don’t have to be that fan!

In life in general I’ve found that it’s a lot more fun to embrace the good things. And as Oklahoma State fans, wrestling is one of those good things.

For the wrestling fans that have been here forever, this post really probably isn’t for you as you don’t have any real reason for anyone to tell you why to be excited about the next few years.

For the contingent that started to change the narrative last year, stay bought in. This year is a bit of a rebuilding season after the graduation of a few seniors and with superstar Daton Fix taking an Olympic redshirt, but with the young guys already on the team for the Cowboys, and what OSU has coming in via recruiting, they are on the verge of what could be a very special run.

For those of you that are on the fence, maybe you’ve just always wondered what it was all about, but just don’t know wrestling well, or just never found a reason to get into it, now is the time to start to buy in. The future is very bright with Oklahoma State wrestling, and we’re going to be here to cover it every step of the way.