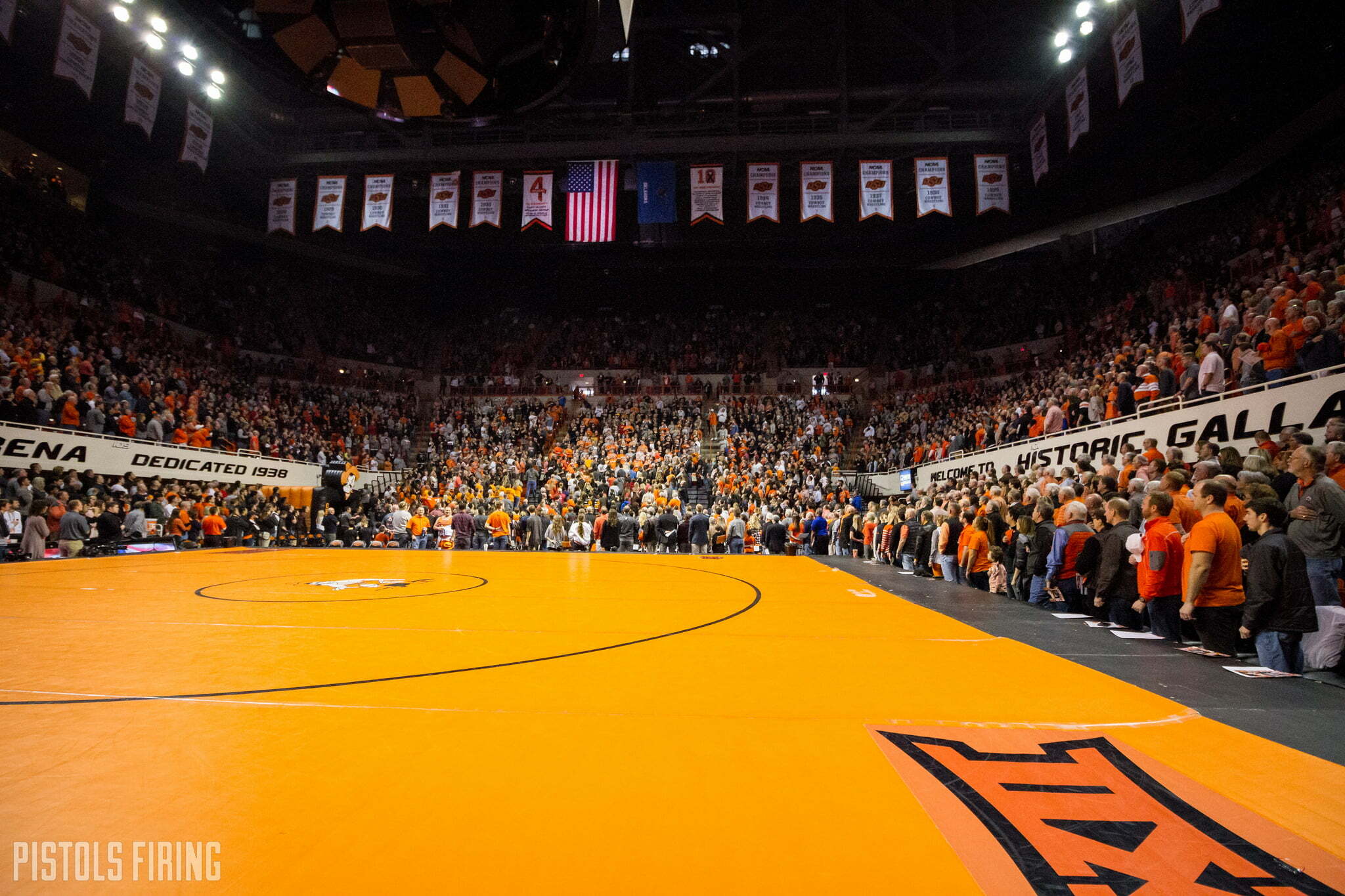 I’ve been tracking Oklahoma State’s home wrestling attendance most of this season and leading into the monster matchup with Iowa we knew there was a chance that OSU would break a record season average.

Since 2002 the Mat Talk Almanac has tracked wrestling attendance and 5,041 was the highest mark for the Cowboys.

This appears to be an all-time record. In the two highest season for OSU they both had monster matchups that were outliers comparative to the mean. In 2017 OSU wrestled Penn State in front of 14,059 and last weekend OSU wrestled Iowa in front of 13,811.

In 2000 Gallagher-Iba Arena was expanded from a capacity of 6,381 to 13,611. So unless OSU fans really rolled out immediately after the GIA expansion, which is a possibility, it’s hard to see where it would have been feasible for OSU to have had a higher average simply due to the capacity of the arena.

Regardless, it’s a big positive for OSU to have this uptick in attendance. They are still behind some of the other big programs though. According to the North Jersey Record, OSU finished fourth behind Iowa, Penn State, and Ohio State and just ahead of Rutgers. The Iowa dual was the second highest attended dual in all of wrestling this year behind Michigan at Penn State.