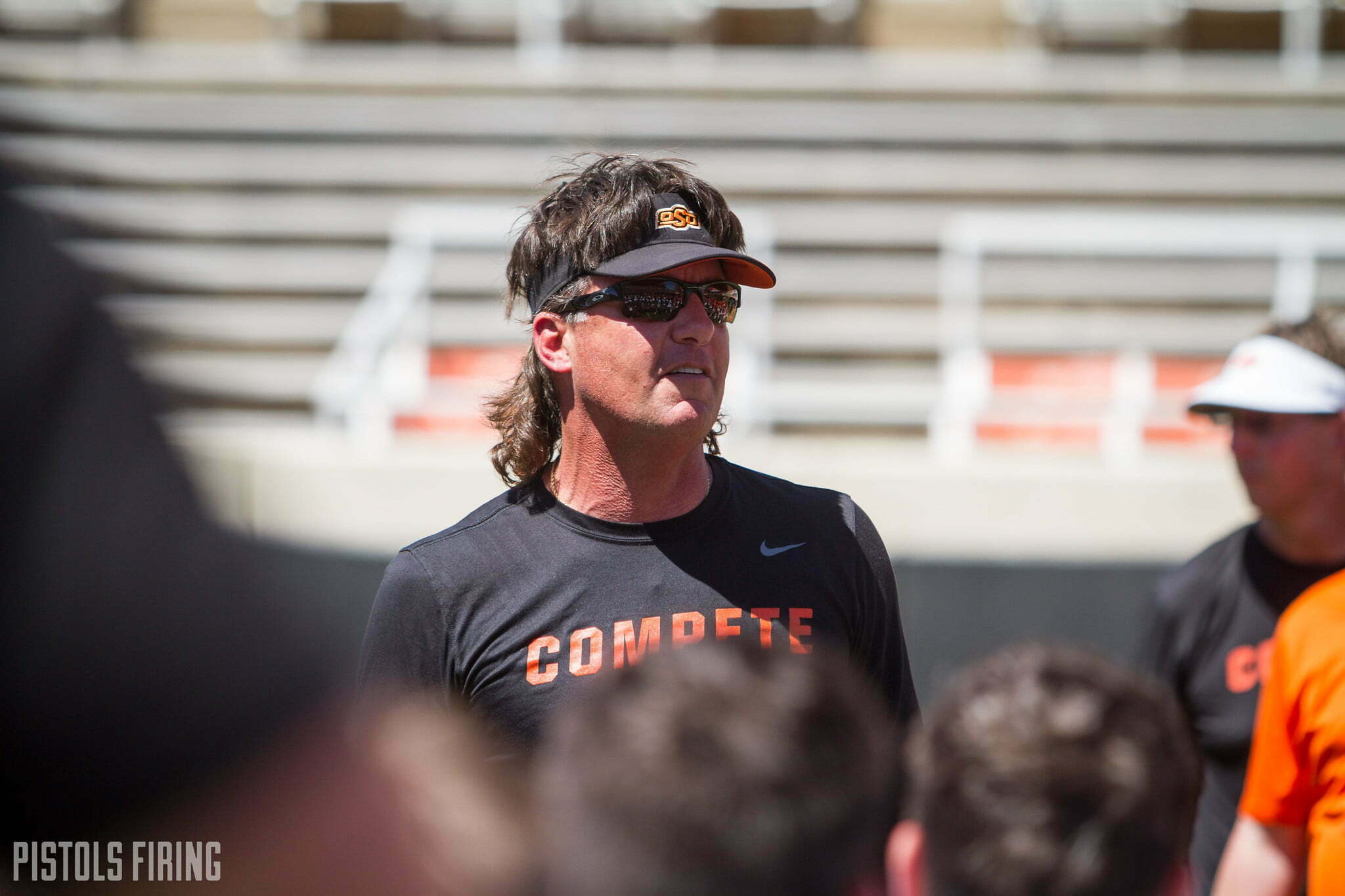 Stillwater High School quarterback Gage Gundy, the mini-me product of OSU coach Mike Gundy and a 2023 prospect, announced Wednesday what is believed to be his first Division I offer from the University of Northern Iowa.

Gundy lists himself as a 6-foot-4, 210-pound recruit on social media. He’s a multi-sport standout with Stillwater whose college football prospects appear to be on the rise as he gears up for his senior season.

Gage is just the latest, of course, in a long line of Gundy products who can spin the football. Mike Gundy was a star at Oklahoma State (breaking news!), and Gunnar Gundy walked on to OSU last season as a QB, turning down other offers to play for his father.

It’s unclear if Gage right now has the potential to follow in that lineage of previous Gundy’s and make it to OSU, but UNI offering him before his senior season even begins is at the very least promising for his future prospects. Gunnar, a 2020 recruit who enrolled in the spring of 2021, reported offers from Toledo and Eastern Michigan early as well but ultimately signed with the Pokes.

OSU in the 2023 class has already secured a commitment from the position in Nebraska product Zane Flores, but that doesn’t totally rule out that Gage could wind up at OSU as a walk-on like his older brother.