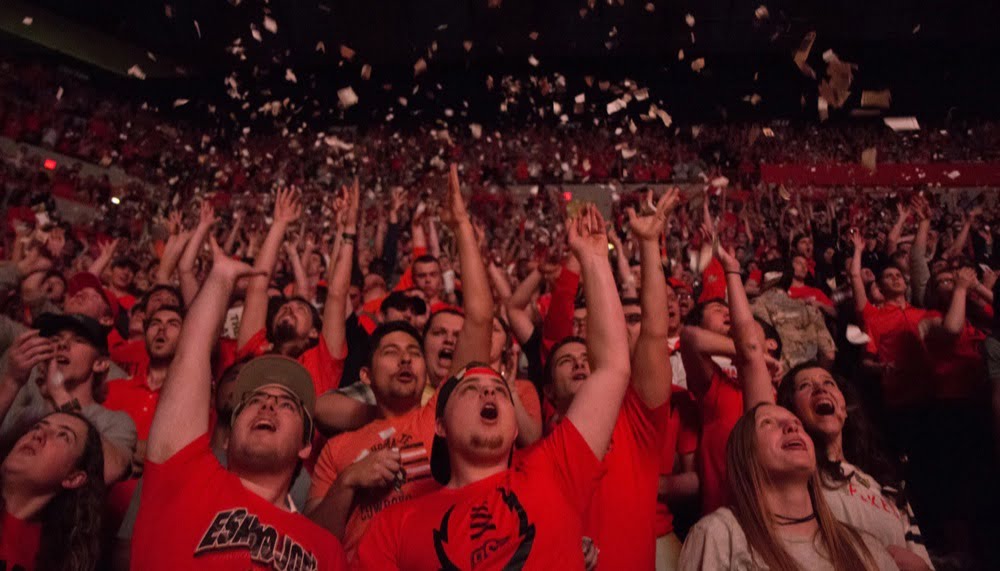 But the big games will be evocative and invoke the ghosts of that haunt that have won this team so many games over the first 1,000+ played in Oklahoma State history.

On Saturday against OU, OSU willed itself back into a game it trailed for most of the night. After a flurry of 24 total points between the two teams from the 8-minute media timeout in the second half to the 4-minute media timeout, the Cowboys cut OU’s lead from nine to one. The building thundered. OSU was coming. Jawun Evans was doing Jawun Evans things.

GIA reached for the coffee pot.

OU only scored two points the rest of the way as Evans and the Pokes slammed the door on win No. 7 in the Big 12 Conference this year. It was also their eighth in nine tries.

The Sooner underclassmen wilted down the stretch as The Old Barn shook with delight and OSU scored at will. They made 8 of their last 11 shots and shot 50 percent from the field overall.

Oklahoma State’s offense was not the problem on Saturday night. It scored with ease. But it needed stops against an OU squad that seemed unconscious. The perfect scenario for Underwood and Co. because GIA was built, brick by brick — a sporting sanctuary on the plains of Oklahoma — if for nothing else than to deliver its teams some damn stops.

“I think offensively, we thought we were fine,” said senior guard Phil Forte. “We knew we were going to score. That wasn’t really the problem. We just knew we had to get a couple stops. That is what we would preach during timeouts. If we could just get two or three in a row, we felt like we could chip back at it.”

They did, and the patrons that filled the house on Saturday evening roared their approval. OU missed its last six shots. They did not make a field goal in the last 4:55. The coffee flowed.

ESPN’s broadcasters said on multiple occasions that they were having trouble hearing one another and thinking clearly about what was happening. It was a throwback.

ESPN announcer: "This should be on your bucket list. Get to Stillwater for a game between the Cowboys and Sooners."

“We don’t win without it, there’s no question,” said Underwood of Gallagher-Iba Arena. “That adrenaline when you’re tired and the flow of the game. We literally don’t win without the packed house, and the student section being rowdy. That’s what I envisioned when I came here. It was pretty special.”

It wasn’t an all-timer. OSU is 7-7 and not playing for the Big 12 title. OU is the worst team in the league. But it certainly mattered. It mattered because GIA’s lit-ness is the litmus test for Oklahoma State hoops. And because sweeping OU always matters.

“It was probably the most fun I have had playing in a game since I’ve been here,” said Forte. “Just how we feed off the energy. The fans are great, and I hope they can kind of see how much of a difference it makes. When we were down and trying to come back, their energy, trying to bring us back in the game, really makes the world of difference.

“I can’t say thank you enough for helping us get the win tonight.”