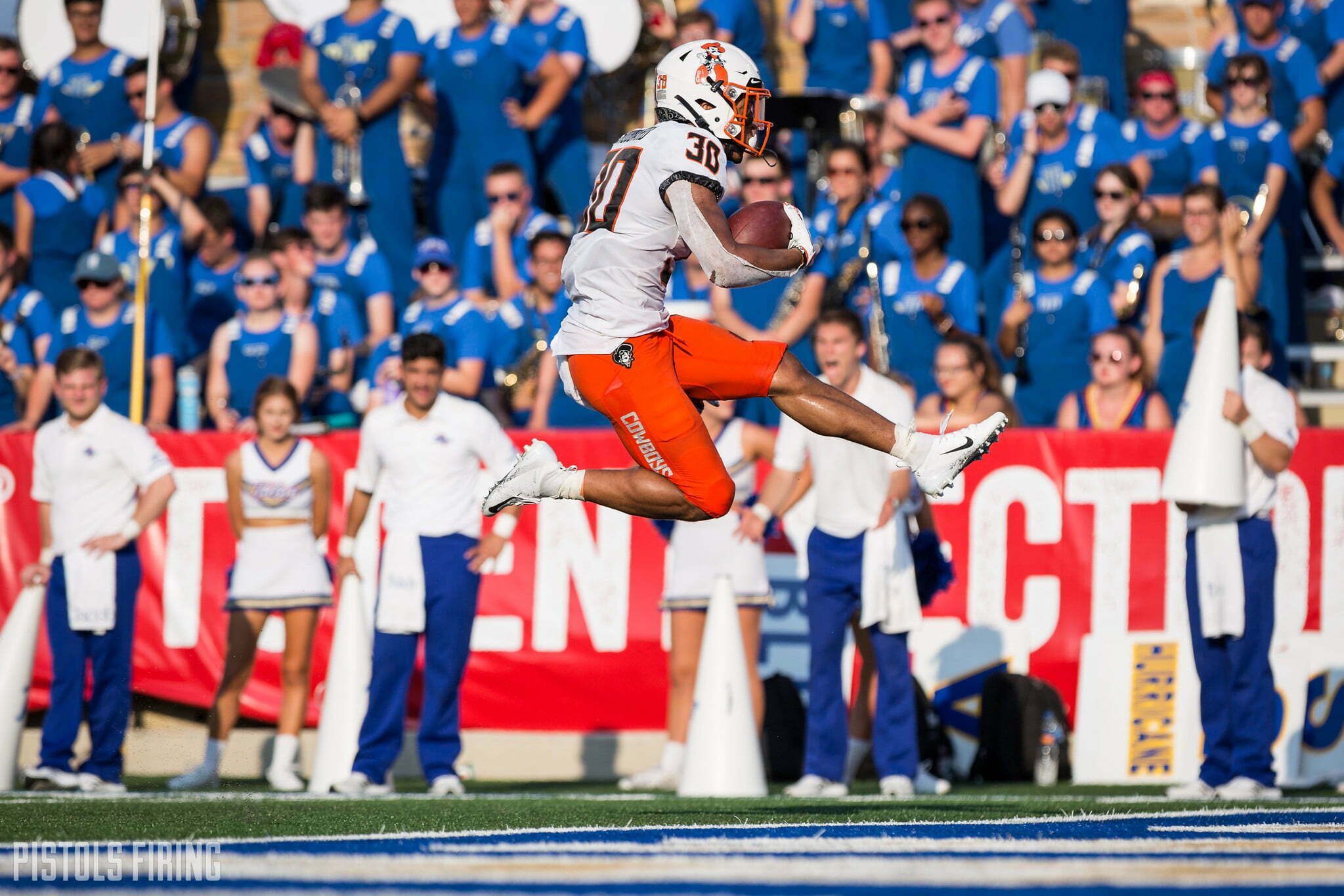 There is only one more sleep until this long summer ends and Cowboy football returns.

Oklahoma State takes on Tulsa on Saturday in an in-state rivalry that has been dubbed the Turnpike Classic. The Cowboys are 41-27-5 in the matchup all-time against Tulsa dating to the teams’ first meeting in 1914, a 13-6 Oklahoma A&M win in Stillwater.

Here is a preview of the teams’ 74th meeting.

Two classes separated OSU quarterback Spencer Sanders and Tulsa QB Zach Smith, but the two weren’t that far away from each other as recruits.

Sanders, a four-star prospect, was the No. 171 player in the 2018 class. Sanders threw for 9,692 yards and 116 touchdowns in his final three seasons of Texas high school football.

The big different there is that Sanders also ran for 3,309 yards in that time.

From there, Sanders went to OSU, and Smith went to Baylor before transferring to Tulsa. And now both enter their second season with the reigns in hand at their respective school.

“[Having a returning quarterback is a huge factor leading into the season,” Tulsa coach Philip Montgomery said. “… It’s the chemistry, the timing of things as you’re working those routes whether it’s on air of versus the defense, just getting that part of it down. I think your huddle, that clear, decisive, ‘Hey, this is the guy that’s gonna be calling the shots, gonna be pulling the trigger,’ plus you’ve already been to battles with him. You already know how he’s gonna react and what his mantra and his personality is gonna be on the field. I think all of that leads you in a good way as you have one of those guys coming back that you have confidence in.”

Featured Back vs. Committee

There isn’t a question as to who Spencer Sanders will hand the ball to for the majority of the season opener, but it’s a different story for the Golden Hurricane.

This game pins a featured back against a committee backfield, as Chuba Hubbard is set to defend his NCAA rushing title against a whole host of backs from TU. Montgomery dropped six names when talking about his running backs this week, but he knows the Cowboys are giving it to No. 30.

“Obviously Hubbard is … he’s fantastic, right?” Montgomery said. “He’s so dynamic, does so many things well. He runs the football like no other. He’s got great speed. He’s strong. He runs through tackles. He’s got great vision. Does a great job in the passing game.”

There were some saying Hubbard was worked too hard in 2019, finishing the year with 328 carries, where he gained 2,094 yards and 21 touchdowns. A few weeks ago, Gundy said it wouldn’t be ideal that Hubbard gets the ball 30 times a game in 2020, but that “he’s gonna get his carries.”

Tulsa returns Shamari Brooks, Corey Taylor, T.K. Wilkerson and Christian Lovick who combined for 449 carries, 2,103 yards and 20 TDs in 2019. Montgomery mentioned all those guys in his weekly press conference as well as transfers Deneric Prince (Texas A&M) and Anthony Watkins (Missouri). Of that group of six, it’s likely Brooks will be the main source of Tulsa’s rushing, as he was last season, accounting for 1,248 yards and six scores, but Montgomery said Tulsa will again take a committee approach to rushing the football.

“This is the most depth, since I’ve been here, in the running back room,” Montgomery said. “We’ve always been a running back by committee-type team. Those guys have been really, really unselfish when it comes to that in just staying healthy and also giving guys the opportunity to step on the field and take advantage of their skillset.”