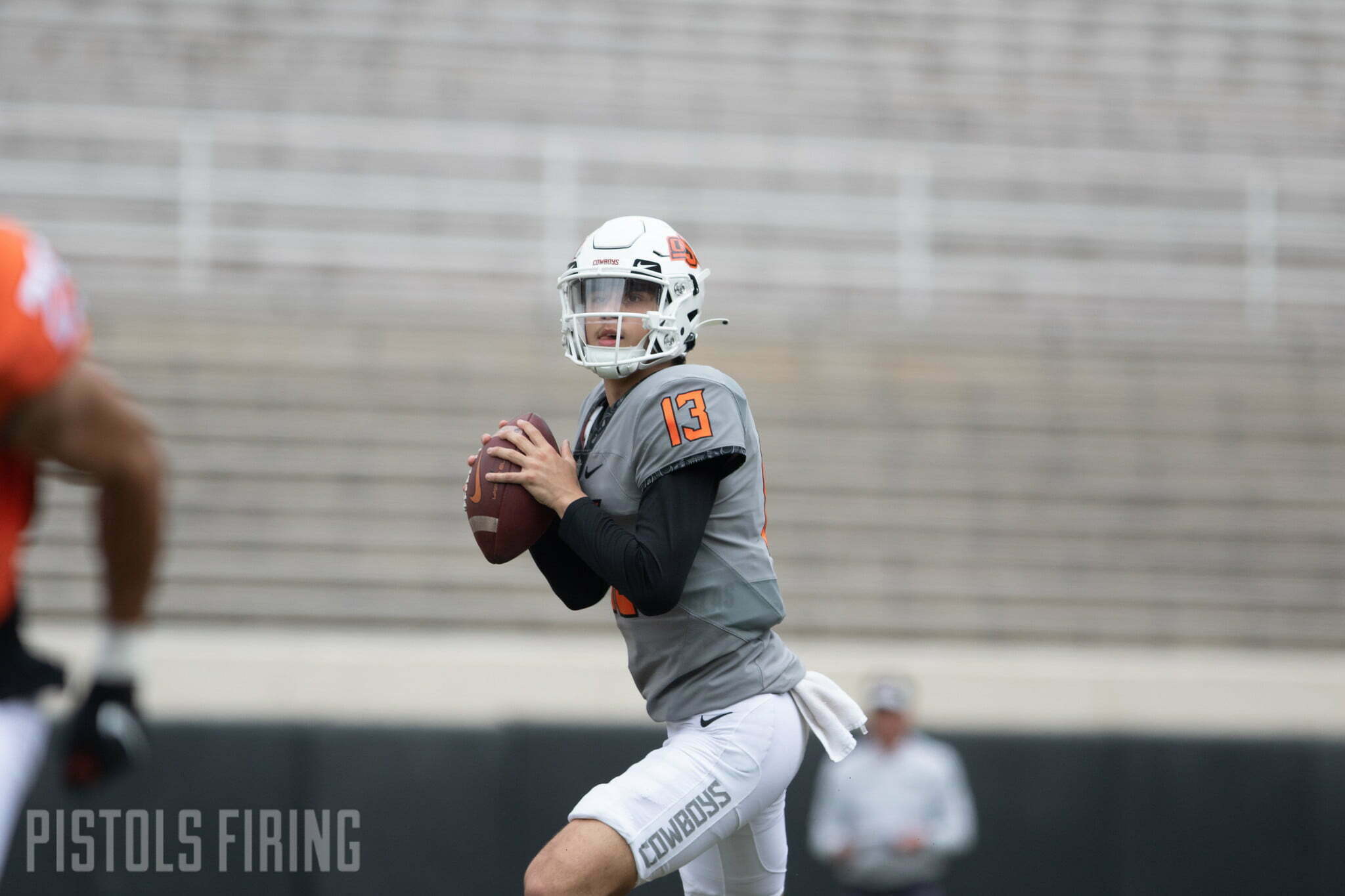 LAWRENCE, Kansas — Without Spencer Sanders in the Sunflower State, the Cowboys are going with their true freshman.

Garret Rangel, a 6-foot-2 freshman quarterback from Frisco, Texas, will start Oklahoma State’s game against Kansas that is set to kick at 2:30 p.m. Saturday, according to Robert Allen on the pregame radio broadcast. This comes after Rangel, according to Dave Hunziker, split reps with Gunnar Gundy this week.

Rangel was a four-star prospect out of Frisco Lone Star High School. In his final three seasons with the Rangers, Rangel threw for 8,949 yards and 101 touchdowns to only 15 interceptions. He garnered offers from Utah, Virginia Tech, Northwestern, Vanderbilt, Houston and others before picking the Pokes.

After enrolling early last spring, Rangel has appeared in only one game this season before Saturday. In Oklahoma State’s 63-7 victory against Arkansas-Pine Bluff, Rangel threw two passes. He had two rushes for nine yards in the game.

Spencer Sanders, OSU’s starter, has been banged up for weeks. Sanders further injured his shoulder in the fourth quarter of Oklahoma State’s game against Kansas State last week. Sanders was the only quarterback on OSU’s roster with a career pass attempt before this season. On the year, Sanders has thrown for 2,177 yards and 15 touchdowns.

Gundy, who Hunziker said could also play Saturday, had gotten a little more run than Rangel as Sanders’ backup. In his redshirt freshman season, Gundy is 14-for-27 with 144 yards and two touchdowns.