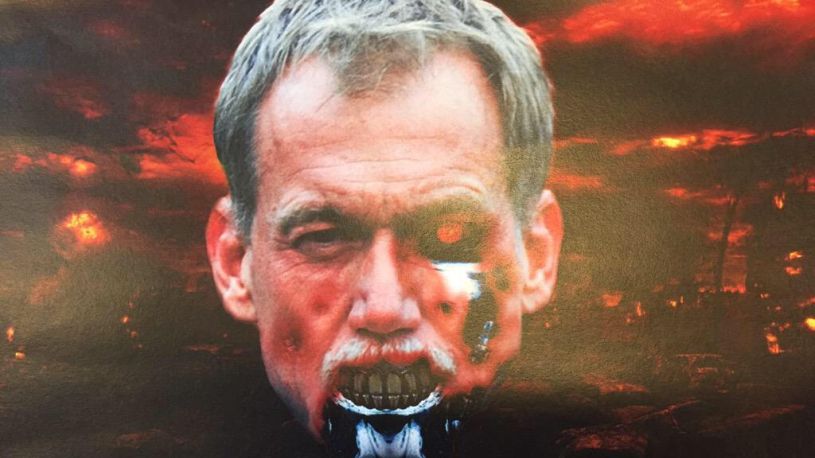 Glenn Spencer wears many different hats for OSU. And no, I’m not talking about these kind of hats.

Spencer’s reputation as an energetic defensive coordinator is very well-known. He does everything for the defense, including coaching, motivational speaking, recruiting prospects with fiery horses, and also assisting as the poster man for his new mantra “#WTIB” (We’re taking it back).

His goal? To terminate offenses. Although the picture could definitely give you a classic case of the heebie-jeebies, I like the idea of promoting Spencer as the (bionic) face of the new defensive slogan.