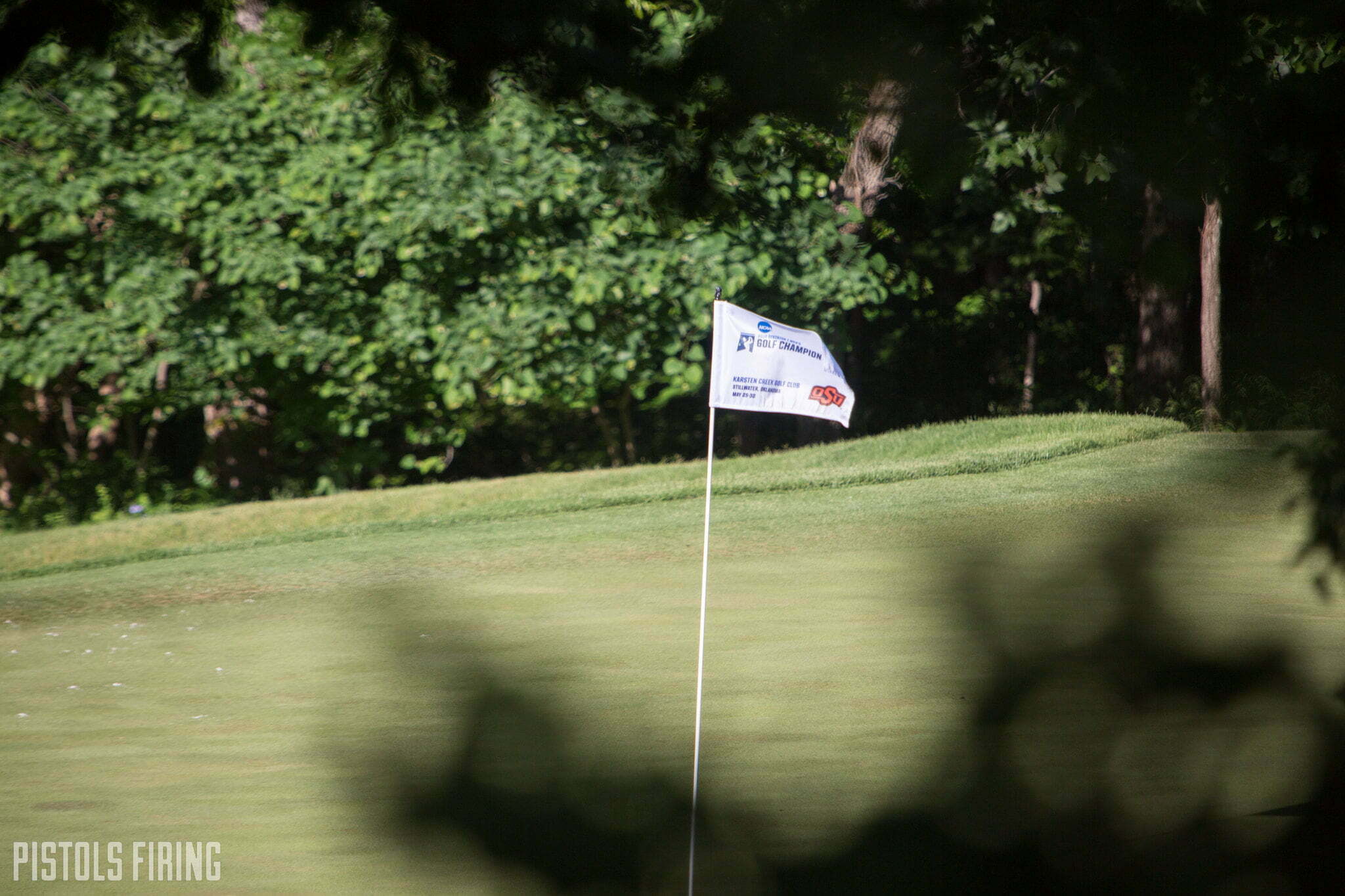 The Oklahoma State men’s and women’s golf teams each have a regional champion headed into the national tournament.

The Cowboys secured their spot in the national tournament Wednesday when the Pokes tied for a share of the Columbus Regional championship with Georgia Tech. OSU finished the tournament with a 3-under 842 through three rounds at the Scarlet Course. OSU senior Eugenio Lopez-Chacarra also won the individual title at the event, matching Cowgirl Maddison Hinson-Tolchard’s regional-winning performance last week.

Lopez-Chacarra finished with a 7-under 206, beating Georgia Tech’s Ross Steelman by a stroke. Here is a look at the Cowboys’ individual finishes:

The Cowboys are the No. 2 team in the country in the latest coaches poll, trailing Bedlam rival Oklahoma. As a team, OSU is up to four tournament wins this school year, having won the Carmel Cup, the Amer Ari Invitational, the NIT and now the Columbus Regional.

It’s the third time this season Lopez-Chacarra has won an individual crown. Golfstat lists him as the No. 7 golfer in the country. Despite all the success, Lopez Chacarra has already announced he will return to Oklahoma State next season.

The NCAA Championship will be held at Grayhawk Golfclub in Scottsdale, Arizona from May 27 to June 1.