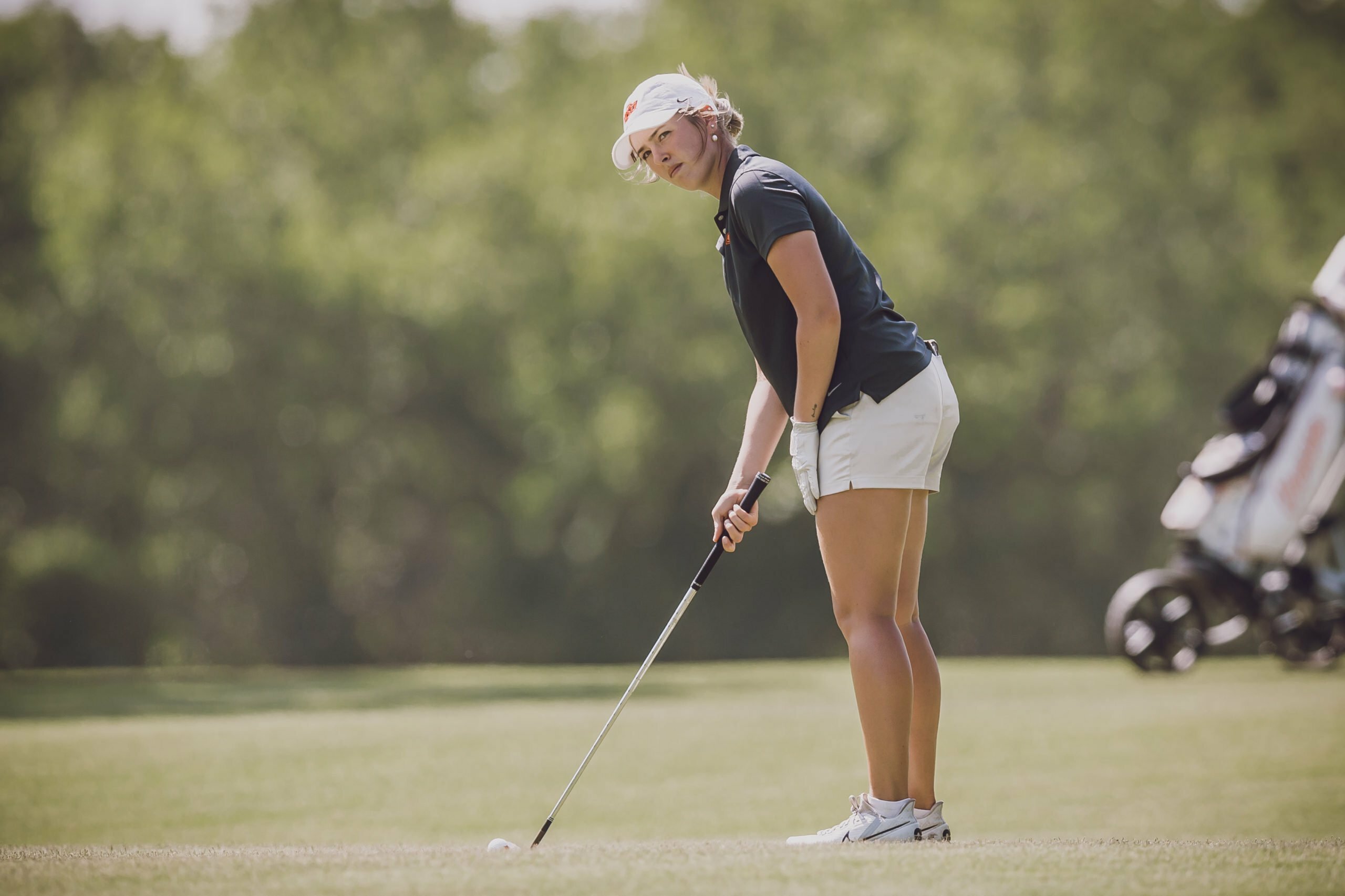 The Cowgirl golf team has been an interesting story to follow this school year, but the final chapters of that story will be written at the NCAA Championships.

Oklahoma State qualified for the national tournament by finishing tied for third in the Stillwater Regional at Karsten Creek, and sophomore Maddison Hinson-Tolchard was the regional’s individual champion.

The Cowgirls’ story is intriguing because they lost two of their best players as midseason transfers. OSU won its first three tournaments of the year before also taking home the East Lake Cup in Georgia. But, Caley McGinty, then the No. 2 player in college golf, entered the transfer portal at the turn of the calendar. A few months later, Isabella Fierro also hopped in the portal, and all of a sudden the Cowgirls were down their two leading scorers.

But different Cowgirls kept stepping up, leading OSU back to the national tournament, a tournament OSU came in second in last season.

Senior Lianna Bailey won the Big 12 individual title as the Cowgirls claimed second at the conference tournament, and now Hinson-Tolchard won the regional, leading OSU to nationals. Bailey and Hinson-Tolchard join Rina Tatematsu and Hailey Jones as Cowgirls with tournament wins this season. Han-Hsuan Yu, the other Cowgirl who participated at regionals, has a second-place finish this season.

The Cowgirls’ will compete for a national title May 20-25 at Grayhawk Golf Club in Scottsdale, Arizona.