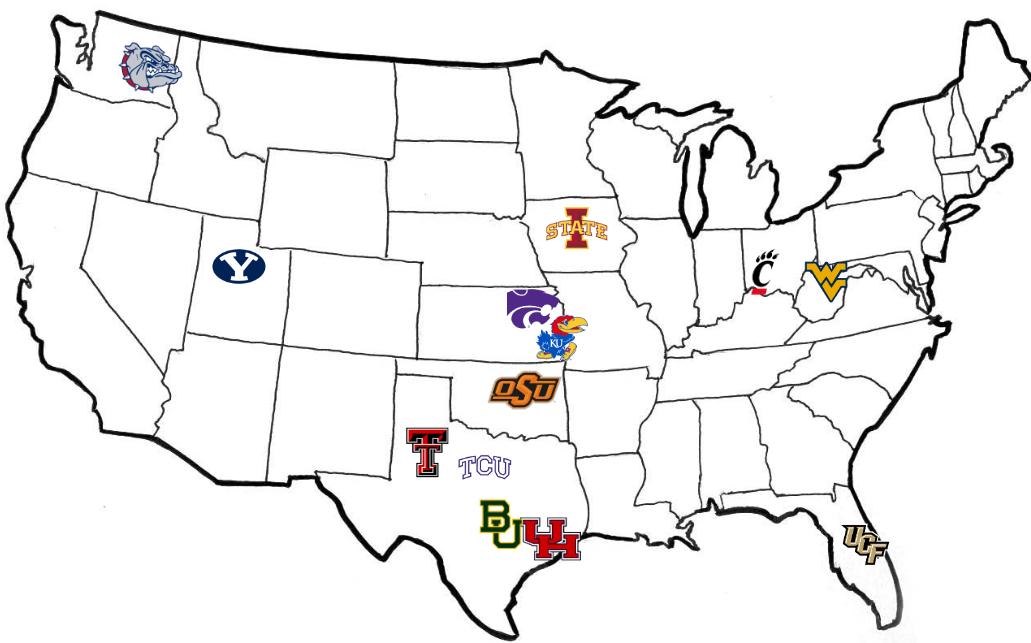 The Big 12 has won the past two NCAA men’s basketball championships, and it could add another powerhouse to its ranks.

Gonzaga is in talks with joining the conference, according to ESPN’s Pete Thamel. New Big 12 commissioner Brett Yormark reportedly met with Gonzaga athletic director Chris Standiford in Texas last week while the Bulldogs were in the Lone Star State for a scrimmage.

To this point, conference realignment has revolved around football, but this would be quite the move in the hoops world. In 24 seasons under Mark Few, Gonzaga has gone 658-129 (.836), spending the entirety of that period in the West Coast Conference.

The Big 12 apparently isn’t the only league that has interest in the Bulldogs, though. According to Thamel, the Pac-12 and the Big East have also been engaged with Gonzaga on a move.