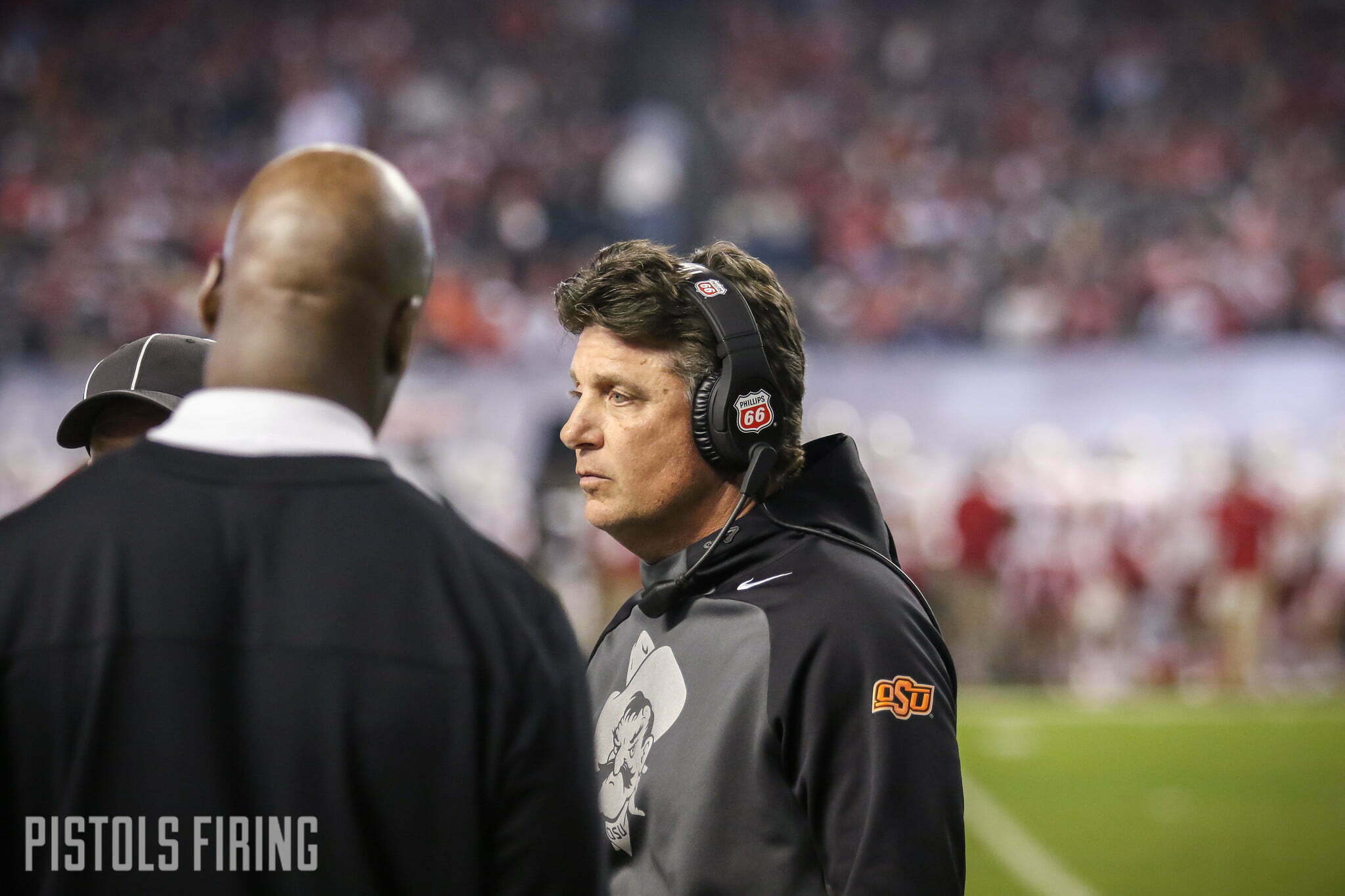 Oklahoma State tried to mount a comeback late (late literally and late in the game!), but its bid failed in a losing 24-17 effort, ending a disappointing 7-6 season in which it lost five of its final six games.

Let’s get to our final grades of the season.

Oklahoma State led 24-7 over TCU before eventually losing in double OT. Two weeks later it lost to Kansas State 48-0 in the most embarrassing loss of the Gundy era. Then there was another blowout loss the next week to Kansas, 37-16, followed weeks later by back to back losses to OU (in lopsided fashion similar to the way it lost to Wisconsin) then to West Virginia.

It’s as if OSU wasn’t prepared in half the games this season.

Gundy on Tuesday night then went on the offensive as he does when things are not going his way. Asked postgame about potential staff changes — a completely reasonable question given circulation of rumors of late and how the season has unfolded — Gundy called Marshall an “ass” and “ignorant” while threatening to remove press access.

Gundy and his staff are paid through state funds and a little accountability as such is a reasonable ask. He took none on Tuesday. Instead, he deflects, distracts and in this case, name-calls out of insecurity. It’s a pattern. He’s long been a bully who wields his power and influence to affect and engender favorable coverage — this isn’t the first time he’s threatened to take our access or actually done so — so Tuesday was a low moment to end a low season for him.

Making just his third career start as a true freshman facing a pretty good Wisconsin defense, Rangel — as expected from a true freshman making his third career start — had some highs and some lows. But I was impressed with the poise he showed in this game. Yes, he sailed a few passes he probably wants back. And no, 14 of 31 passing isn’t stellar. But the underhand TD toss was a perfect example of the poise he possesses. He can make some big daddy throws downfield, too. Oh, and some of the throws he got zero help from his receivers. (The Owens catch-then-INT was particularly bad.) It’s hard to definitively say he’s a rising star or a complete whiff, but I lean much closer towards the former than the latter. He’s one of the (very few) reasons for optimism heading into 2023.

In 105 games during the Gundy era in which OSU has held its opponent to 24 or fewer points, OSU has lost only seven of them. Seven. (Per CFB ref.) Safe to say OSU’s defense — despite its sluggish start — held up its end of the bargain. It allowed only one score after thee half, and that was aided by an INT that put the Badgers in plus field position.

We’ve already discussed Rangel’s performance but we have not yet discussed the offense as a whole. I saved the worst for last. Predictable swing passes, dives up the middle for two yards, the play-calling on offense was awful and the execution even moreso. OSU had just 281 total yards to Wisconsin’s 357 (241 of which came on the ground). The Badgers dominated time of possession that only exacerbated the offensive production — the defense was on the field a lot — but that was a direct byproduct of the offense not being able to sustain drives.

Here’s how the possessions went for OSU on offense in this game.