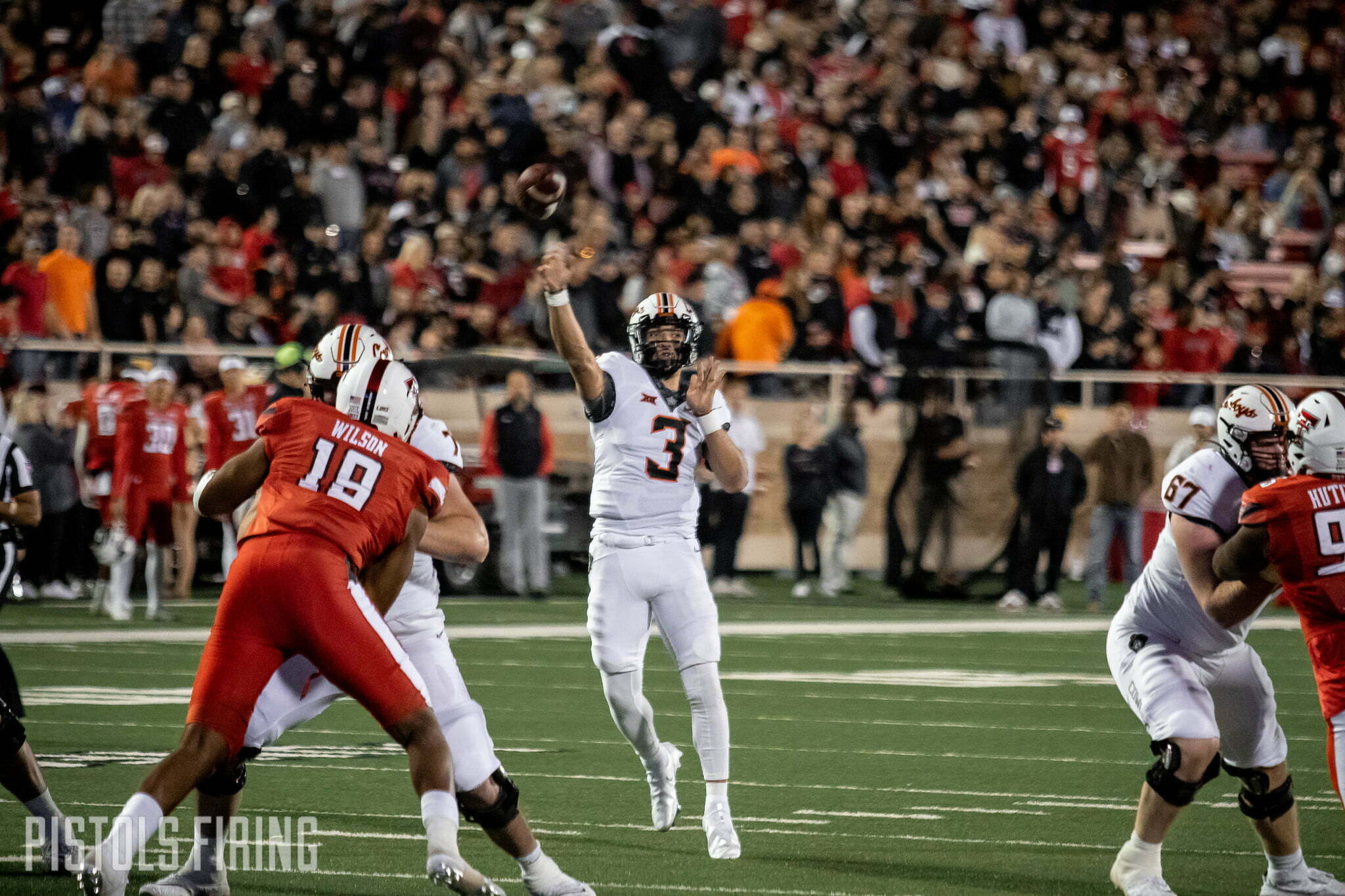 I’m running out of adjectives to describe OSU’s defense. Dominant. Destructive. Elite. Go down the list. At this point I’m going to have to start using words like boring, dull and dreadful — because this unit shuts teams out and sucks the life out of opponents and makes games predictable. It’s … kinda not fair. Jim Knowles’ squad is just different.

All of those descriptors applied to the OSU football team Saturday in one of the most impressive all-around outings of the 2021 season.

Now it’s time to hand out grades. The report card will look good, as you might expect following a 23-0 win, but there’s of course some areas of improvement ahead of Bedlam.

There was some garbage time yardage picked up by Texas Tech’s offense late, and yet: Texas Tech still finished with only 108 yards of total offense. That’s the fewest allowed by an OSU defense since 2000. And the shutout was OSU’s first against a power conference opponent in league play since 1995. Nothing else needs to be said. Give Jim Knowles the keys to the city, or to Thai Cafe, or to wherever the heck he wants.

Silly decisions and errant passes were staples of Spencer Sanders’ game for much of his career. But as OSU has leaned on its running game, Sanders has grown into a formidable game-manager. Saturday he finished 19 of 37 passing for 239 yards, one score, no interceptions and 48 yards and a score on the ground to boot. That’s really, really good. He continues to be a difference-maker at the position for OSU because of his ability to run the ball and Saturday all he needed was to play turnover-free — and he did.

I’ve been handing out As for this coaching staff all season, so yeah, a 23-0 win isn’t going to dissuade me here. Mike Gundy has remade himself on the fly in one of the most impressive seasons he’s ever had as a coach winning with defense, special teams and field position. Jim Knowles might be the best assistant coach in the country. And Kasey Dunn — despite some struggles in the red zone on Saturday — called a good-enough game to win with ease. This staff continues to show its mettle.

Jaylen Warren got dinged up against Texas Tech, a concerning development ahead of Bedlam, but the running game still rolled up nearly 200 yards on the ground with Dominic Richardson leading the way with 84 yards on 20 carries. The team finished with 188 yards rushing on 48 attempts and came up with key runs late to help ice the game. Given the injuries to Warren and some key offensive linemen, it was a pretty solid day on the ground. Here’s to hoping OSU can get back to full strength this week.

OSU’s WR1 grabbed an OSU career-high 130 yards receiving against Texas Tech on seven receptions. He accounted for more than half of Sanders’ passing total and was a chain-mover in big moments. His size and ability to go get a ball in contested situations gives OSU a dynamic it doesn’t really have yet with other players at the position. Seems to be hitting his stride at just the right time.