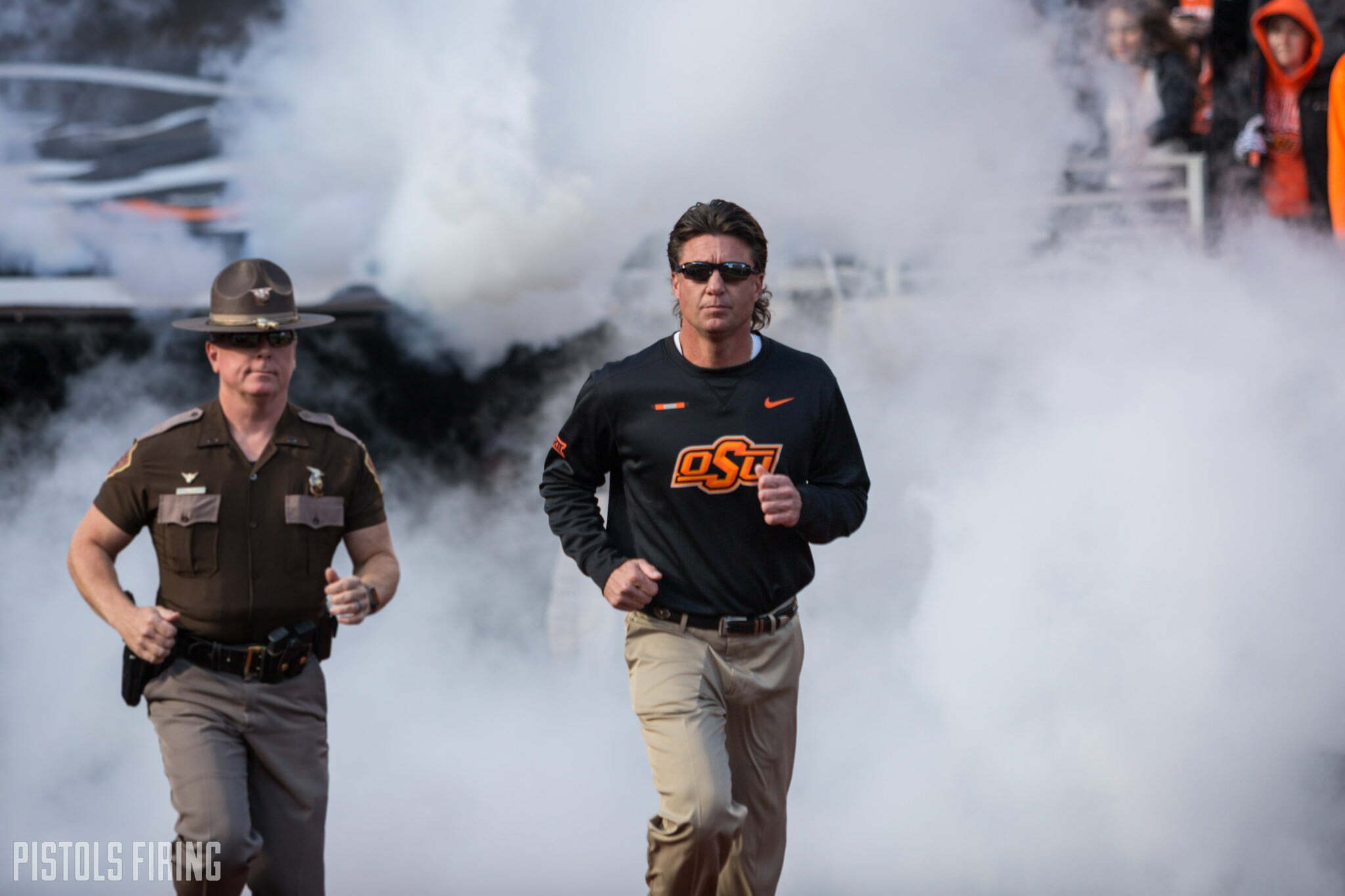 I was on a date (with my wife, for clarification) on Monday night when Mike Gundy dropped the news on Twitter of Oklahoma State’s six new coaches/analysts. I knew what was coming at some point because ? = ?, but it still bummed me out a little bit.

Duke defensive coordinator Jim Knowles was handed the keys to OSU’s talented but underperforming defense and was asked to simply make them incrementally better than Glenn Spencer did over the course of his tenure in Stillwater.

There has been much outrage about Spencer’s performance over the last few years just as there was Bill Young’s before him and just as there will be with every coordinator for every college football team from now until eternity. The bottom line with Spencer is that he was better than people think (so was Young, by the way) but not good enough for a championship-level future. That’s fair, and I agree with it.

What I don’t agree with is what transpired after that. With the Knowles hire, based on the research we’ve done, the best spot you can get as a fan to is “well, Duke is traditionally bad, and in 2017 their defense was pretty good … so maybe.” Like, that’s the most optimistic spot I can get to right now. We’ve been discussing this all night and morning in our Slack chat, and it’s probably not a great sign that every 10th or 14th message makes people say, “oh, well that’s positive and interesting.” Everything else is just mediocrity lit from different angles.

If you’re Gundy, you’re selling me (the fan) two things: Wins and hope. You’ve sold me more wins than I can purchase, and you did so with Spencer at the helm (despite Spencer being at the helm?) With Knowles, I’m not totally sure what the transaction is, but I know that hope is not a part of it.

That’s not to say Knowles is going to be a bad coach. He might be the best defensive coordinator in Oklahoma State history, for all I know. All I’m saying is that from where I stand at this moment in time based on the information I have, this simply feels like another iteration of Glenn Spencer (they even hired him from Duke!)

Carson had been pointing out for the last two months that OSU needed to do what it did in 2010 and go hire its Dana Holgorsen on the defensive side. Spend some cash. Raise some eyebrows. Get a dude. And instead they hired somebody who might not be able to recruit and was No. 125 in the country in yards per pass attempt given up just two years ago. Not to mention, Gundy wouldn’t even call him the DC when he disseminated the information!

Hiring Duke’s defensive coordinator & refusing to acknowledge he is the DC (even insinuating the other hires will have a chance at the job!) is a great vote of confidence.

And maybe that was part of my issue with everything that went down on Monday night. OSU (pretty clearly to everyone who watched more than one game last year) needed two things for 2018. The first was a world-class defensive coordinator. The second was a dedicated special teams coach.

So what they did instead was hire another defensive line coach in Greg Richmond (who I’ve heard is fantastic), a bunch of analysts and a DC who, at best (!), gets a “let’s wait and see” stamp from Oklahoma State fans and at worst is 600 yards a game wearing a different polo and running a (slightly) different scheme. No dedicated special teams coach (although they did get a ST analyst who definitely still has to show his ID at Murphy’s!) and nothing to lather up a fan base craving stops on the defensive side.

The frustrating part here is that OSU already had a decent thing going. Their average finish in the Big 12 in points per drive given up under Spencer was fourth. They finished in the top four three times and first once.

Does Knowles scream that he’s going to take them to the top defensively? I guess if you have 20/400 vision, lost your glasses and have had multiple limeys.

There are innumerable things that go into this type of hiring, of course, and Gundy gets all the passes from us on making hires. He found Mike Yurcich who, despite the ignorant banter about him on Twitter, guided one of the top two offenses in the nation last year.

Gundy was the launching pad for Holgorsen into a head coaching position. Fedora went on to find success as a head coach. Monken rocked. Gundy can hire. But can he hire on the defensive side, or was this simply change for the sake of change? A different body and name and voice who will simply say the same things after OSU gives up 215 points in November?

Time will tell, but the hope has not been sold in late January. Gundy had an opportunity to shake up the Big 12 at a critical moment in OSU football history as it sits in purgatory between being a Tier 1 school and a Tier 2 school. He did so in 2010 with Crazy Dana. He did not do so in 2018 with Jim Knowles. It might still turn out OK, but it doesn’t make me any more excited about the 2018 season than I already was.