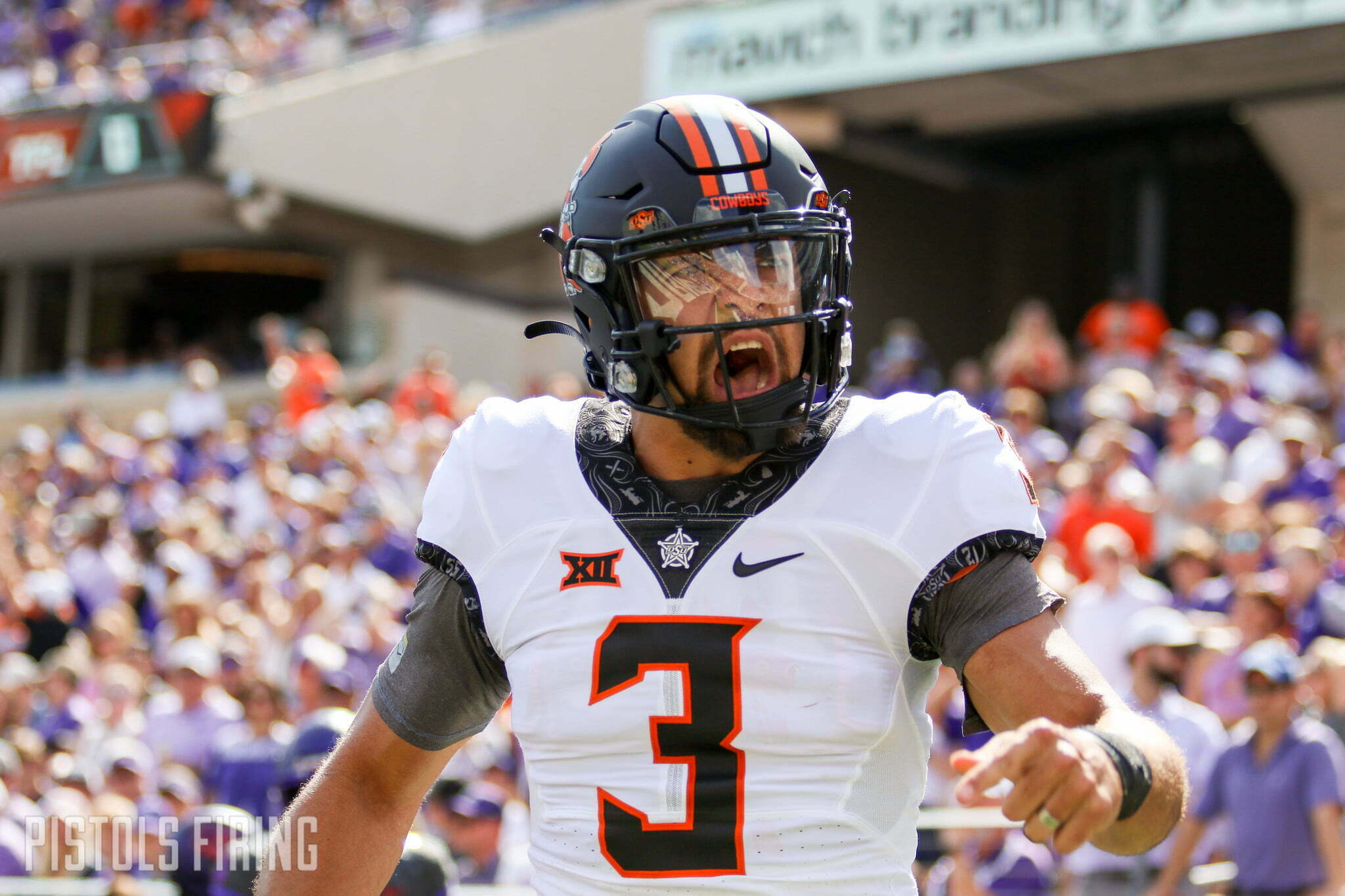 STILLWATER — Entering Oklahoma State’s game with TCU this past weekend, the TV broadcast reported that Spencer Sanders because of injury didn’t practice much the week leading up to the game.

Ever protective over injury statuses, Mike Gundy said Monday that he isn’t going to go into whether his starting quarterback will or won’t practice entering the Cowboys’ game against Texas.

Sanders still played against the Horned Frogs, completing 44% of his passes for 245 yards, a touchdown and an interception while running for another 68 yards and two scores.

Gundy gave his side of Molly McGrath’s report from Saturday’s pregame.

“So what happened is, Molly came and got me right before kickoff, and she said we know that Spencer did not practice, we know this, we know that, about seven other things, and what I should have told her was that those aren’t things that I discuss, and I will in the future,” Gundy said. “In fact, we should probably put that out from our own department, that way we don’t have that issue. But the players don’t like it. They don’t like people knowing when they practice, don’t practice. You have some guys that have potential NFL they don’t want — even though they might know, they might not know, they don’t really like it either. And it’s not smart to show our hand.

“That was a mistake on my part now that you bring it up, but it was different because it was 20 minutes before kickoff versus talking about it during the week. I should have said the same thing to her I do the local press, just say, ‘Hey, those aren’t things I talk about.’ That way it’s fair to everybody.”

If Sanders played last week after minimal amounts of practice, one would presume he would play again this weekend as the Cowboys host Texas at 2:30 p.m. in Boone Pickens Stadium.

On the season, Sanders has completed 59% of his passes for 1,639 yards and 13 touchdowns to three interceptions. He has also ran for 309 yards (the second-most on the team) and eight scores (more than even starting running back Dominic Richardson).

The Oklahoman‘s Scott Wright asked Sanders after the TCU game how much not practicing last week affected his performance.

“It didn’t,” Sanders said. “It’s just football at the end of the day. I have to come out and play better.”