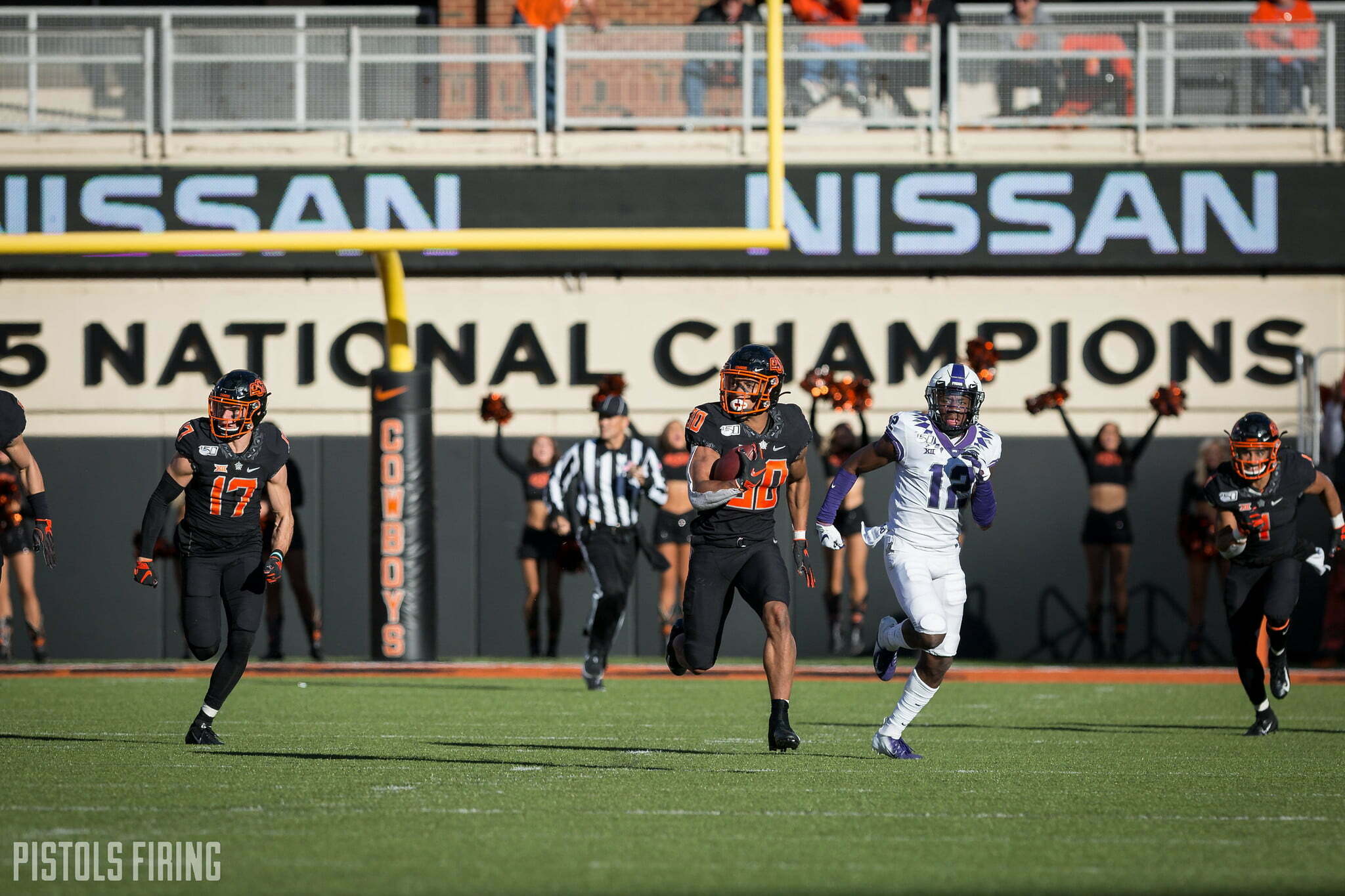 Mike Gundy agrees with the foundational truth of the blue-chip ratio even if he disagrees with the best way to get there. Gundy went on 247’s College Football Daily podcast this week to talk about how you win conference titles.

“It’s a fun time,” said Gundy. “We go through cycles here at Oklahoma State. If you have a really good culture and run a good organization, you have quality players, you have a shot every year.

“But to get to a point where you can potentially finish for a conference championship, you have to have NFL players on your roster.”

“You have to get great quarterback play. We’re going to have a number of guys on our team next year that are good enough to play in the NFL.”

“We have a quarterback who’s coming back from 12 games of experience. When you have that setup, it gives you a feeling that the next year could be pretty special. Put the hard work in, keep everybody’s attitude good and it gives you a chance to compete for a conference championship.”

This is true. You have to have pros to win crowns. In Gundy’s only Big 12 title-winning season, he had three first-round guys (Weeden, Blackmon and Gilbert) and a handful of others who played key positions and went on to play in the NFL (Taylor, Randle, Martin).

“If you look at who’s winning conference championships — Oklahoma’s won a bunch of them lately, Ohio State, obviously, Alabama and LSU — so those guys are playing with a number of NFL players on their roster,” Gundy added.

“For example, LSU had however many in their senior class and then nine guys come out early. So that’s a big number. It’s difficult to compete with teams like that if you don’t also have guys on your roster who are good enough to play in the NFL.”

If I scan OSU’s roster — and I’d like Dustin Ragusa to do this more extensively in the future — I see several potential future pros. Chuba, Tylan, Jenkins and other potentials like Rodarius, Amen, Bundage, Sanders, Jelani, Ford and potentially some of the younger linemen and skill position guys. With the return of Chuba and Tylan, OSU is stocked with professionals and it has a good (maybe great?) QB to lead them.

“If we would’ve gotten one [of Chuba and Tylan] back, you still have the shot for the expectations based on health and how your team holds up to give you a really, really good chance,” Gundy said.

“I think most fans know how teams go through cycles — they just don’t want to believe it — but again, I go back to we have to have a certain number of players on our roster, whether they’re juniors or seniors or sophomores, that are potentially good enough to be in NFL camps. That gives you a chance to compete at the highest level.”

This reality hits home in Stillwater. The basic formula of “have pros, contend for titles with other teams that have pros” has been more true there than in places like Austin, Gainesville and Los Angeles. We know definitively that OSU has mature pros in 2020 so it stands to reason that it should contend for the Big 12 (and beyond?). That hype will be fully formed come the end of August. Whether it comes to fruition though? That’s a whole other animal altogether.