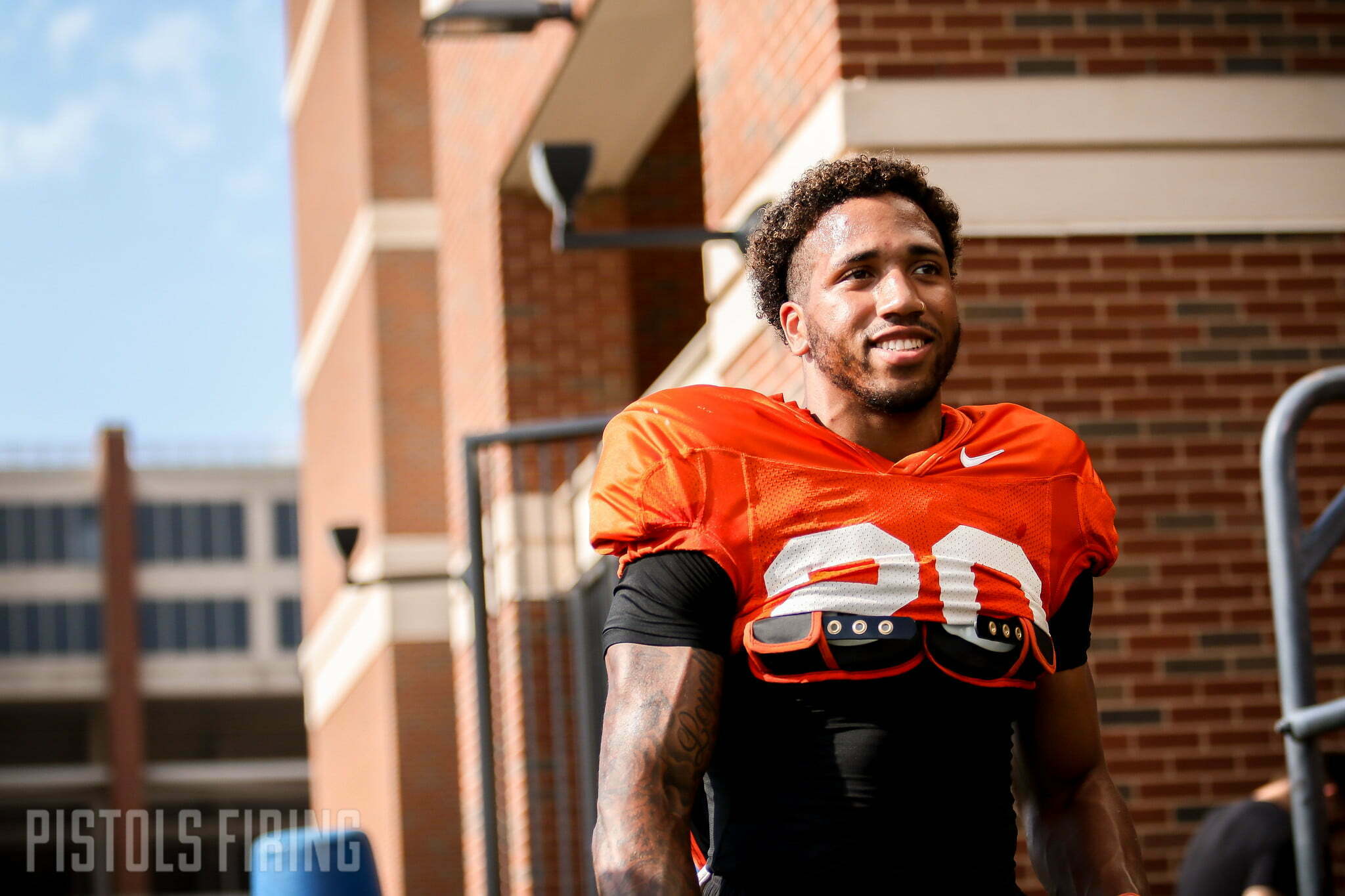 Although there’s plenty of reason for optimism on both sides of the ball for Oklahoma State this fall, Mike Gundy knows that replacing last year’s star running back is one of the most pressing needs for his ball club in 2022. But he’s not without some good candidates.

Football is a team sport if there is one, but much of Oklahoma State’s 2022 success could be laid at the feet of one player who wasn’t even pegged to be the starter at this time last year.

Jaylen Warren was the engine that drove the Cowboys to a 12-win season. He broke out early, and OSU’s offense leaned on him while its receiving corps was depleted and green. And its elite defense benefited from having a steady playmaker who kept the Cowboys’ offense on the field.

On Saturday at OSU’s Media Day, Gundy stated that replacing Jaylen Warren “will be a task.”

“The replacement issue is Jaylen Warren, because he was a really good player for us,” said Gundy. “If you go back, and you guys watch it, but I have the luxury of stopping it and looking and then starting and stopping, and he made a lot of yards when there really wasn’t yards there sometimes. That’s where the replacement is.”

But Warren is gone (and turning heads in NFL camp), and for the Cowboys to pick up where they left off last season — a Big 12 Championship appearance and a comeback Fiesta Bowl win over Notre Dame — they’ll need to establish a productive pecking order at running back, and quick.

“He is physical. He’s mature,” said Gundy of Richardson. “He’s been around a while, which is going to help him. He’s a different runner, a different type of runner. You know, he’s more of a slasher, he’s gonna drop his pads and try to run through somebody and then take off and go.

Richardson has shown flashes of his star potential during his time in Stillwater. As a true freshman in 2020, he came in for an injured Dezmon Jackson, who was covering for an injured Chuba Hubbard, and wreaked havoc on Baylor, racking 169 yards and three touchdowns on just 23 carries. He was also productive in spots behind Warren and Jackson last season, but now it’s time for Richardson to take the reins.

Richardson was asked about the pressure of being the tabbed RB1 despite never starting a game in his career.

“There is a little bit of pressure, but not as much because I’ve been working to this point for a long time,” said Richardson. “I knew one year would come and now this is the year. I put in the extra work after practice, do the extra studies and working out some more like footwork and how to run my pass protection right. It’s all that, for sure.”

Behind Richardson, there’s an important competition for reps since, as Gundy stated, OSU needs to be able to depend on three ball carriers that can take handoffs and make plays if it wants to be successful.

The top two candidates are redshirt freshman Jaden Nixon and true frosh Ollie Gordon. And OSU brought in Deondre Jackson from Texas A&M this summer. Nixon carried the ball in just two games last season, but he made the most of those opportunities, logging 122 yards and a score on just 14 runs. OSU will need more of that.

“The other guys are going to have to help,” said Gundy. “We’re gonna have to play three backs. We just haven’t had the luxury. You guys would know what better than I would, but I don’t know when’s the last year we had a back that played all year long. I can’t remember that we didn’t have to play a second-team and a third-team back during the season.”

The Cowboys’ offensive line might be as deep and experienced as it’s been in years, and the passing game looks to be in good shape thanks to a four-year starter and all-conference QB having a plethora of rising receiver talent to throw to. If all parties stay healthy, it will be the performance at running back that could make the difference between and good offense and a great one.