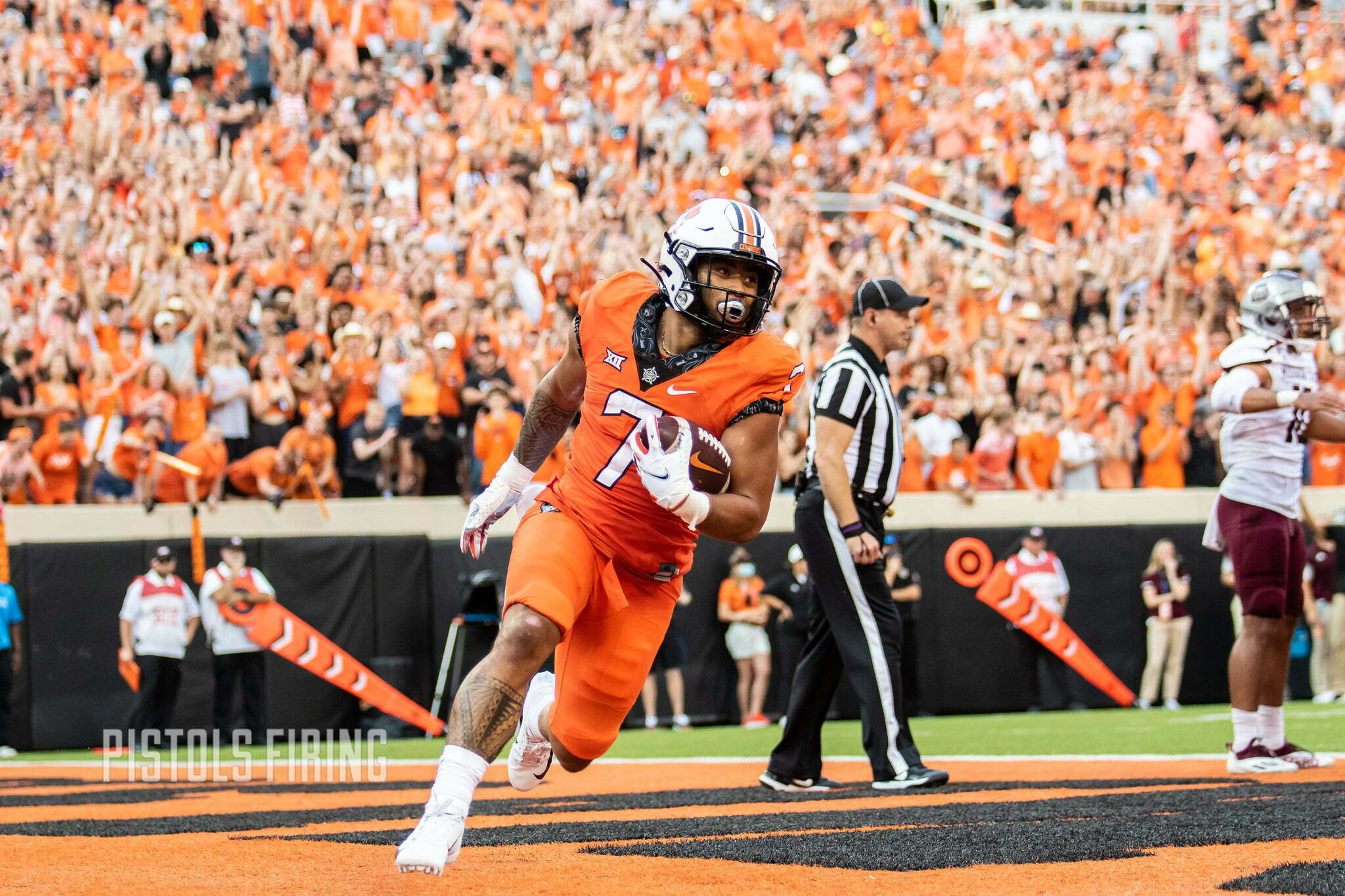 Jaylen Warren parlayed a productive one-and-done season with Oklahoma State into a training camp opportunity with the Pittsburgh Steelers as an undrafted free agent, and already he’s making the most of his chance as, what one reporter described a “camp darling.”

“An undrafted running back from Oklahoma State, Warren has become one of the proverbial “camp darlings” of this Steelers training camp,” Chris Adamski of Trib Live wrote this week. “Especially over the past two days since the pads have been put on at Chuck Noll Field, Warren is turning heads with his hard-running style.”

Warren logged 1,216 yards rushing and 225 yards receiving along with 11 scores in 12 games for OSU last season. At 5-foot-8 and 200 pounds, though, his size helped him go undrafted earlier this year. He signed a deal with the Steelers at the end of April.

Pittsburgh has a pretty entrenched starter at running back in Najee Harris, a former first-round selection, but Warren’s hard-running and willingness to put his nose down for extra yards, always a staple of his success in Stillwater, could help him as he potentially makes a bid to earn a spot on the final 53-man roster.

“He has an appetite for the competition,” Tomlin said via Trib Live. “That’s a good thing. He’s learning and learning fast. I think the most significant thing that has captured my attention is that he seems really comfortable in these waters from a competition standpoint.”