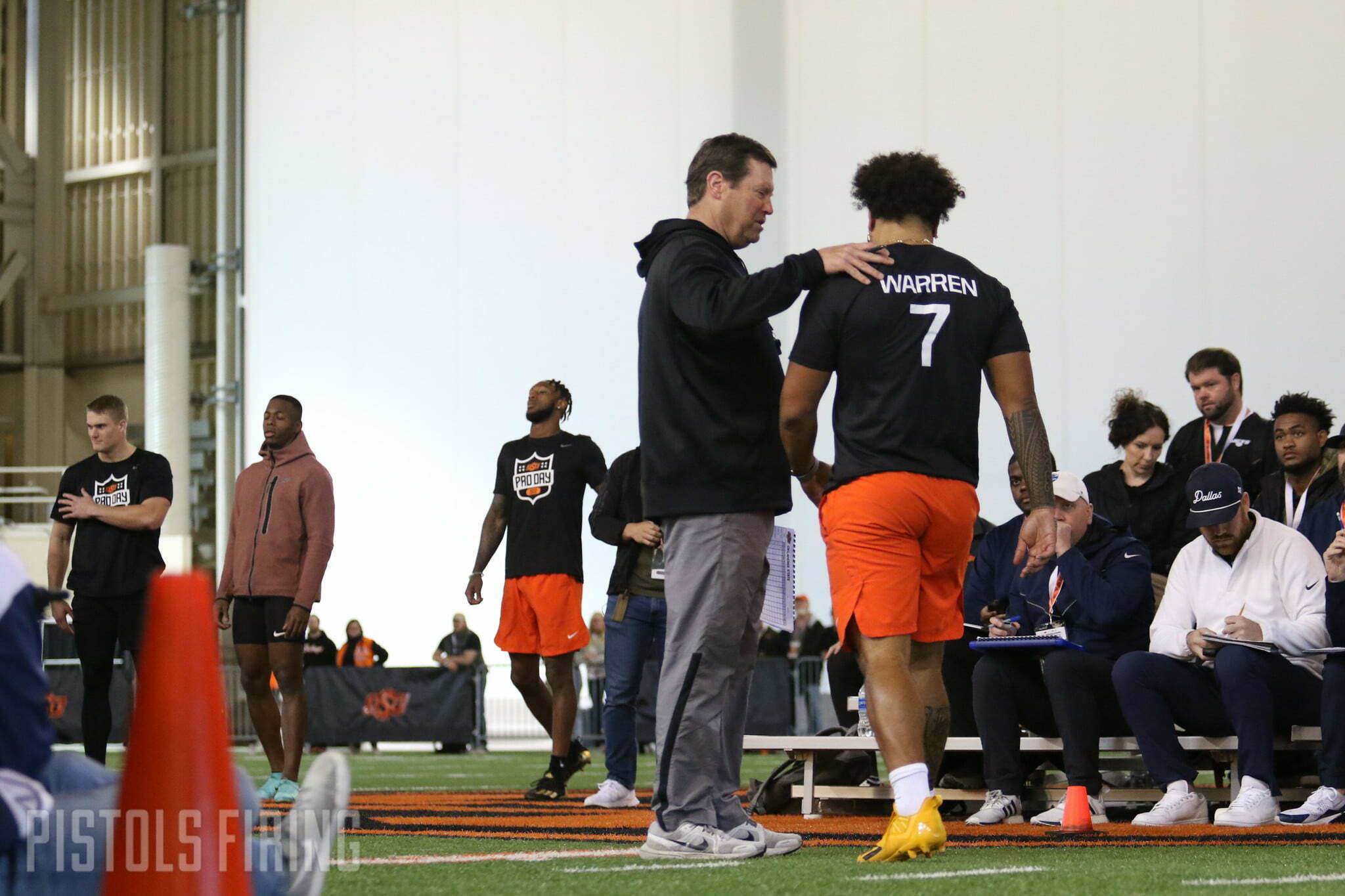 ARLINGTON, Texas — Upon hearing of the importance of Rob Glass to the Oklahoma State football program, Chad Weiberg asked Mike Gundy what it would take to make Glass the highest-paid strength coach in the country.

“I think a million dollars would do it,” said he told Weiberg. And so it was. The Oklahoman broke news earlier this month that Glass signed a five-year deal that sees him make $1 million annually, furthering Oklahoma State’s newfound commitment in pumping money into the football program under Weiberg and new university president Kayse Shrum.

“Rob Glass could very well be the single most important part of Oklahoma State football, and that’s including the head coach,” Gundy said Wednesday at Big 12 Media Days. “I’m not with the team 11 months out of the year. I don’t have face-to-face interaction with the team. We currently have 127 young men in our off-season program, and then we’ll have 140 when we start in August. Coach Glass has interaction with them pretty much face-to-face 11 months out of the year. As coaches, assistant coaches, coordinators and head coaches, we don’t.

“He’s been with us a long time, and our players understand the culture and, for lack of a better term, the Navy SEAL concept that he has in place.”

Body by Glass has almost become a cliché at this point. But, like most clichés, it is a cliché because it’s true.

Oklahoma State has become known as a program that can develop players who aren’t top-end recruits into NFL talent — or at least talent at the level to win double-digit games. That development is thanks, in large part (or maybe entire part), to Glass.

Look no further than Malcolm Rodriguez. In the 2017 recruiting class, Rodriguez was a 5-foot-11, 190-pound athlete whose only other offer was to Wyoming. He measured in at the most recent NFL combine at 232 pounds, and the 36 bench press reps he did at his OSU’s Pro Day were four more than anyone did in Indianapolis. Rodriguez finished his career with the fourth-most tackles in program history and was taken in the NFL Draft. And Wyoming was the only other program to take a look at him.

Those types of stories, guys going from three-stars to the NFL, are somewhat common in Stillwater because of Glass.

“I don’t want Rob Glass to come to me and ask for a raise, which he never has,” Gundy said. “I want to be able to give something to him and reward him without him coming to me so we, Chad and I, can show him we are appreciative of what you do.

“He’s had opportunities to go a lot of places. I mean, he can just make a couple phone calls and go be a strength coach just about anywhere he wants in the country at just about any level.”

Defensive end Tyler Lacy said it was business as usual once the team found out of Glass’ raise. The team came in, stretched, got on the line and started running. Despite the grueling stadium steps or gassers, however, even the team recognizes how important Glass is to not only the team’s success, but the players’ personal success.