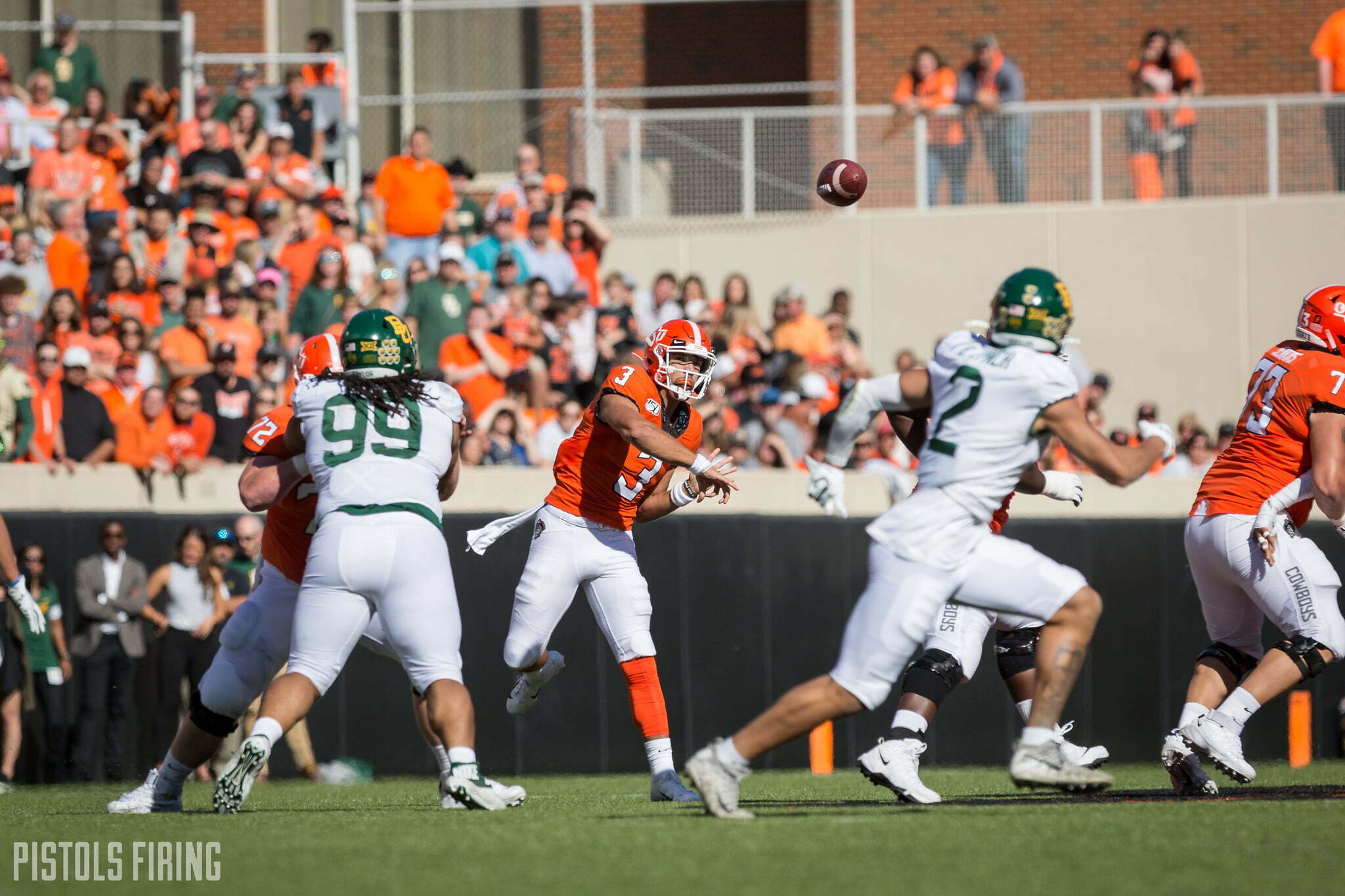 Mike Gundy is in an enviable position as far as college head football coaches go.

Of the less than two-thirds of Power Five CEOs that actually have a fall season planned, few of them have a more exciting returning cast of stars, and even fewer can boast the type of upside on both sides of the ball that Gundy can in his 16th year.

The headliners are obvious. Former All-Americans Chuba Hubbard and Tylan Wallace return as a RB-WR duo you could stack up against any in college football. There’s also reason to be excited about OSU’s defense with budding stars like Kolby Harvell-Peel and Trace Ford a year older and better, as well as a number of other intriguing pieces returning with experience.

But, as exhilarating as it just might turn out to be, 2020 for Oklahoma State — like most years for most teams — will boil down to its QB and how well he lives up to expectations, fair or not.

On Monday’s Zoom call, Gundy was asked how his young franchise passer looks less than two weeks from the start of the season and his answer (predictably) landed somewhere between hesitant and hopeful.

“Spencer is further along than he was at this time last year,” said Gundy. “He still has a ways to go. He missed quite a few games with injury, so I’m not sure if he falls in the category of a veteran seasoned quarterback.

“I would say that in the latter part of this season, if he continues to work and compete that he can get in that category. But it’s a much smoother process now than it was a year ago because we were splitting reps with [Sanders and Dru Brown] that we had and this time, now, Spencer gets the majority of the reps.”

As those drawl-dragged words landed on my ears I had flashbacks of at least a half-dozen reticent soundbites (which I could not locate, but know are real!) that Gundy gave us on Mason Rudolph heading into 2015 and even later.

Now, I’m not insinuating that Sanders in on-par with the school’s all-time leader in passing yards, TDs and wins, at least not yet. I am saying that if Gundy perceived him to be in that conversation, he would still say exactly what he is saying now.

Remember when Gundy guarded his QB depth chart like a treasure up until the Bedlam coin flip in 2015, despite half the state knowing Rudolph had been stumbling around in a boot for two weeks? Gundy likes to play things close to the vest (and that vest is buried somewhere under the west end zone). 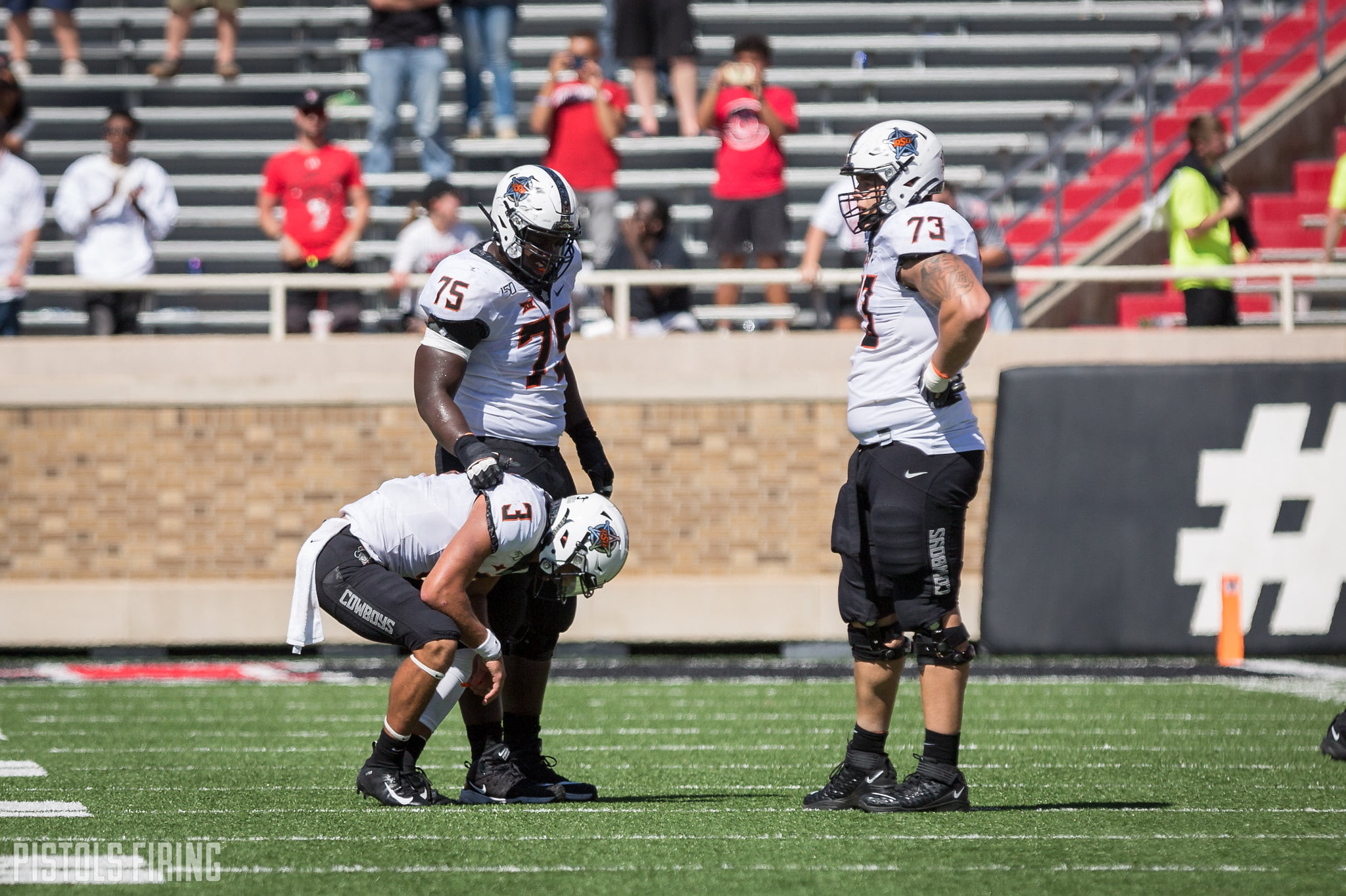 Sanders had plenty of highlight-worthy plays in Year 1, but he was not without his ? moments or growing pains — namely a rough four-game stretch full of turnovers (12) and losses (3). But he tidied things up over his last three starts before going down with a hand injury, an encouraging trajectory that should give fans all the more hope.

“I thought he improved [in the turnover department] as the season went on last year before his injury, but his ability to protect the ball in the pocket will be very important,” said Gundy. “We all know the difference in turnovers and non-turnovers. So we drill him and continue to work him and his experience should benefit him in that area.”

Big-picture questions are all we really care about when it comes to quarterbacks. Winning seasons are great but micro dynasties are more compelling than years upon years of consistency, and they rarely happen without a star behind center.

On Monday, Berry Tramel boldly asked the big question that we all want answered, even though he knew Gundy wouldn’t crack.

How good can Spencer Sanders be?

Gundy didn’t quite indulge our fandom but, somewhat surprisingly, he tipped his hand just a smidgen.

“So as he understands defensive structures and how to distribute the ball in our offense, he should continue to get better over the next couple of years.”

We can read between the lines. No. 3’s competitive. He’s fearless. He hurdles Jayhawks in a single bound. He’s got the gallop of Zac and the arm to sling it with any of the greats to ever come through Stillwater.

But the even bigger and more important question is: How good will he be? Will he take that next step from exciting gunslinger to the upper echelon of OSU passers? That can’t and won’t be answered until actual snaps are taken in actual football games. Fortunately, we don’t have to wait too much longer for our answer.