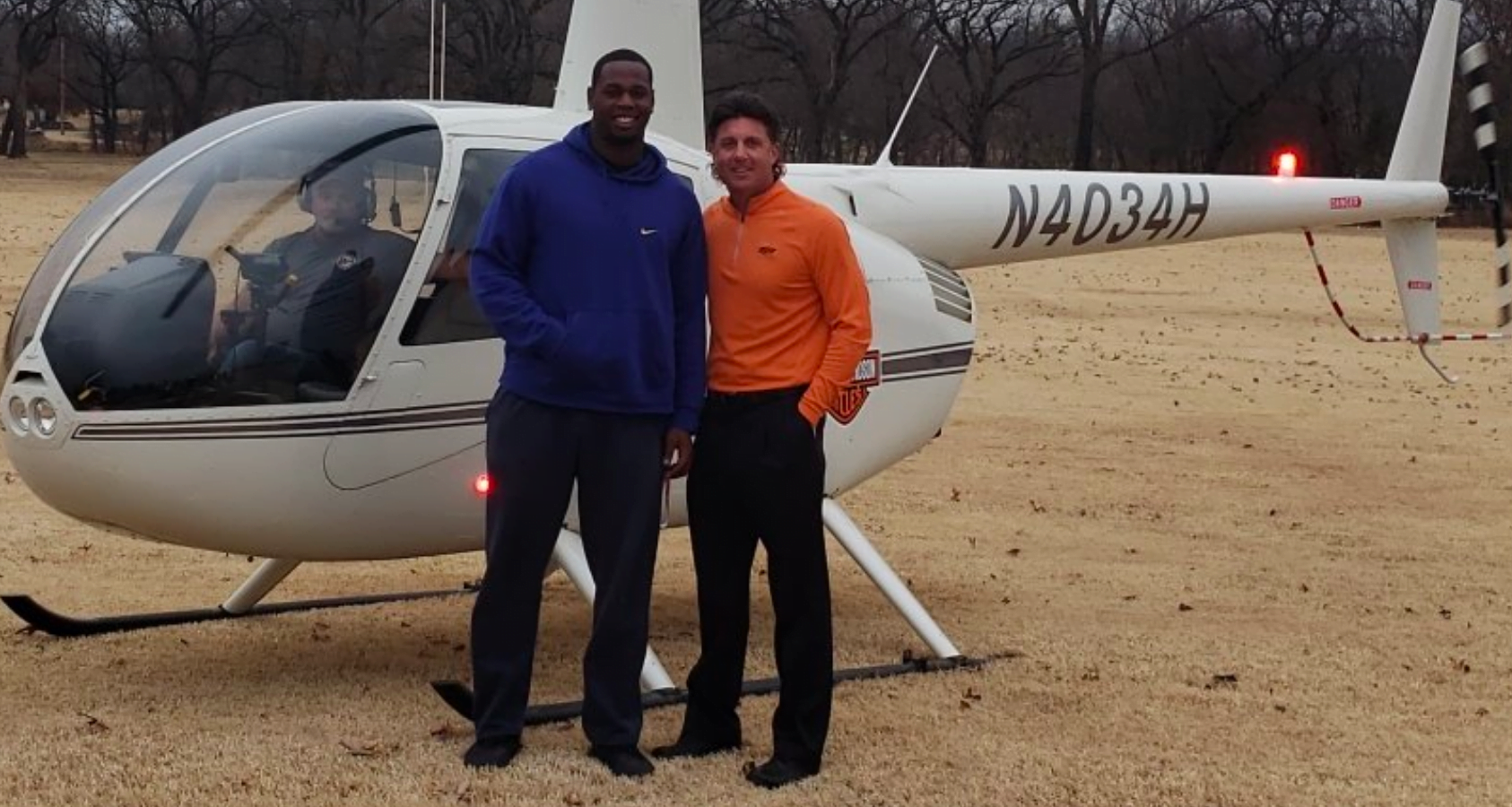 It was an eventful morning for both Mike Gundy and one of the recruiting targets he traveled to see.

Only moments before Gundy arrived to check in on 2019 defensive end prospect LaRon Stokes, whom OSU offered this week, Stokes announced via his Twitter account that OU offered. 17 minutes later, Stokes announced that Gundy’s swagcopter had returned to the mainstream and had landed to see him at NEO A&M.

Interesting timing for the OU offer, to say the least, though it was becoming evident this week that OU had taken a keen interest in him.

Stokes is a former home-schooler who starred for Tulsa Noah. He then went to NEO A&M directly out of high school. Since then his recruiting star has risen meteorically, to the point where he now has offers from AAC, Big 12, and Pac-12 programs.

Stokes is expected to graduate in December and transfer at the mid-year point to the school of his choosing.

Grabbing Stokes late in the recruiting cycle would be a huge boon for an OSU program that will lose its starting defensive ends this offseason. OSU has several recruits incoming for 2019 at the position — Isreal Isuman-Hundley, Trace Ford and Kody Walterscheid — but all are high school prospects likely in need of time to develop before making significant contributions. Stokes and his 6-4, 245 pound frame could potentially slot into a starting role right away.

The Cowboys have 18 total commitments in their 2019 recruiting class now but only one — Sione Asi, who committed this week — hails from the junior college ranks.