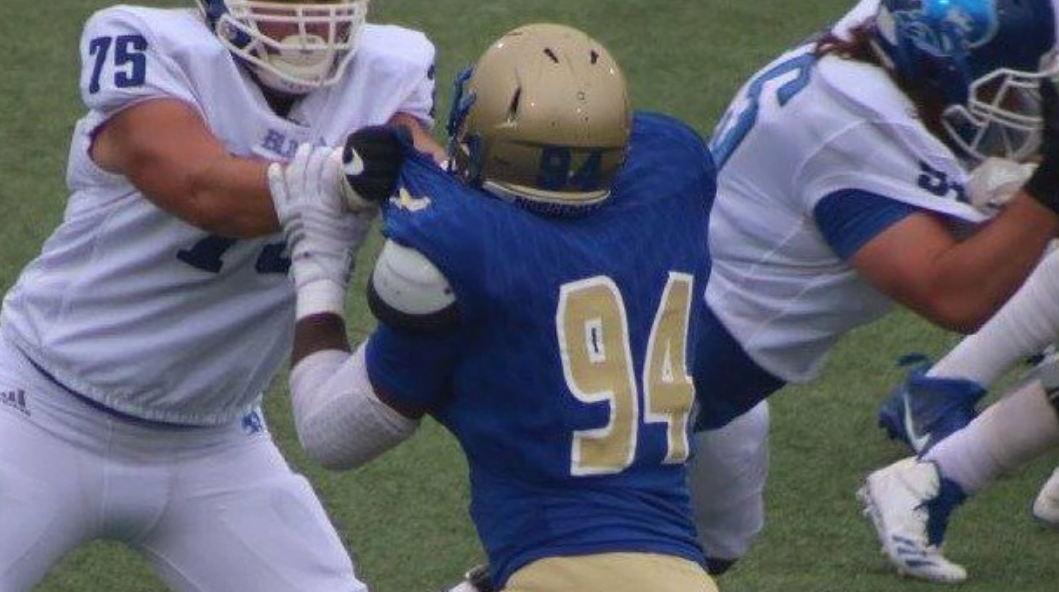 Oklahoma State’s pursuit of defensive linemen in the 2019 recruiting class may not be over after all.

After taking a commitment this week from defensive tackle Sione Asi, a junior out of Snow College, the Cowboys have offered a scholarship to Class of 2019 edge rusher LaRon Stokes with the intent, obviously, to add him to OSU’s ever-growing defensive line class.

Stokes is a 6-4, 245-pound prospect who plays for NEO A&M. Originally a home school talent who played for Tulsa Noah, he’s blossomed into a Division I talent and now has offers from Oregon, Oklahoma State, Houston, Virginia Tech and UConn. Per gopokes.com, OU may be next.

OSU has six commitments from defensive linemen in the 2019 cycle and three from defensive ends: Trace Ford, Isreal Isuman-Hundley and Kody Walterscheid. Stokes would be the seventh DL pledge of the class but just the second junior college talent, joining the aforementioned inside presence of Sione Asi.

OSU will lose redshirt seniors Jarrell Owens and Cole Walterscheid this offseason, as well as redshirt junior Jordan Brailford, who announced he will forego his final year of college to try his hand in the NFL. Adding an experienced presence like Stokes, who could potentially have a more built out body and frame to compete for snaps from day one than the other high school signees, may be wise — especially with OSU looking to replace both starters off the edge next season.