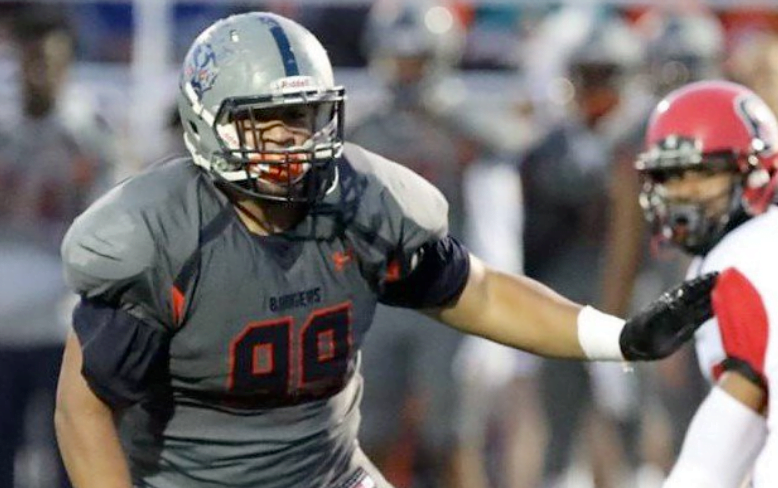 Oklahoma State added its sixth defensive line pledge for the 2019 recruiting class on Tuesday, as Snow College defensive tackle Sione Asi committed to the Cowboys just days ahead of a planned official visit to Stillwater.

“God knows how I feel about this one‼️ .. Just want to THANK the Oklahoma St coaching staff for the opportunity, with that being said I will be committing to the University of Oklahoma St!! #GoPokes #JUCOPRODUCT” he said via his Twitter account.

Asi, an inside tackle listed at 6-foot-1, 302 pounds, committed to OSU over New Mexico.

Asi’s commitment likely signals the end of OSU’s pursuit of finishing off its defensive line class, and the timing of it couldn’t be much more ideal. Monday night it was reported that Darrion Daniels, an anchor on OSU’s defensive interior, is done at OSU and will transfer to Nebraska. (Daniels tells me nothing is official, but did not refute the report.) If Daniels does indeed transfer, it will open an immediate starting role that Asi, potentially, could slot into.

Take a look at his highlights at Snow College over his final four games in the video below.