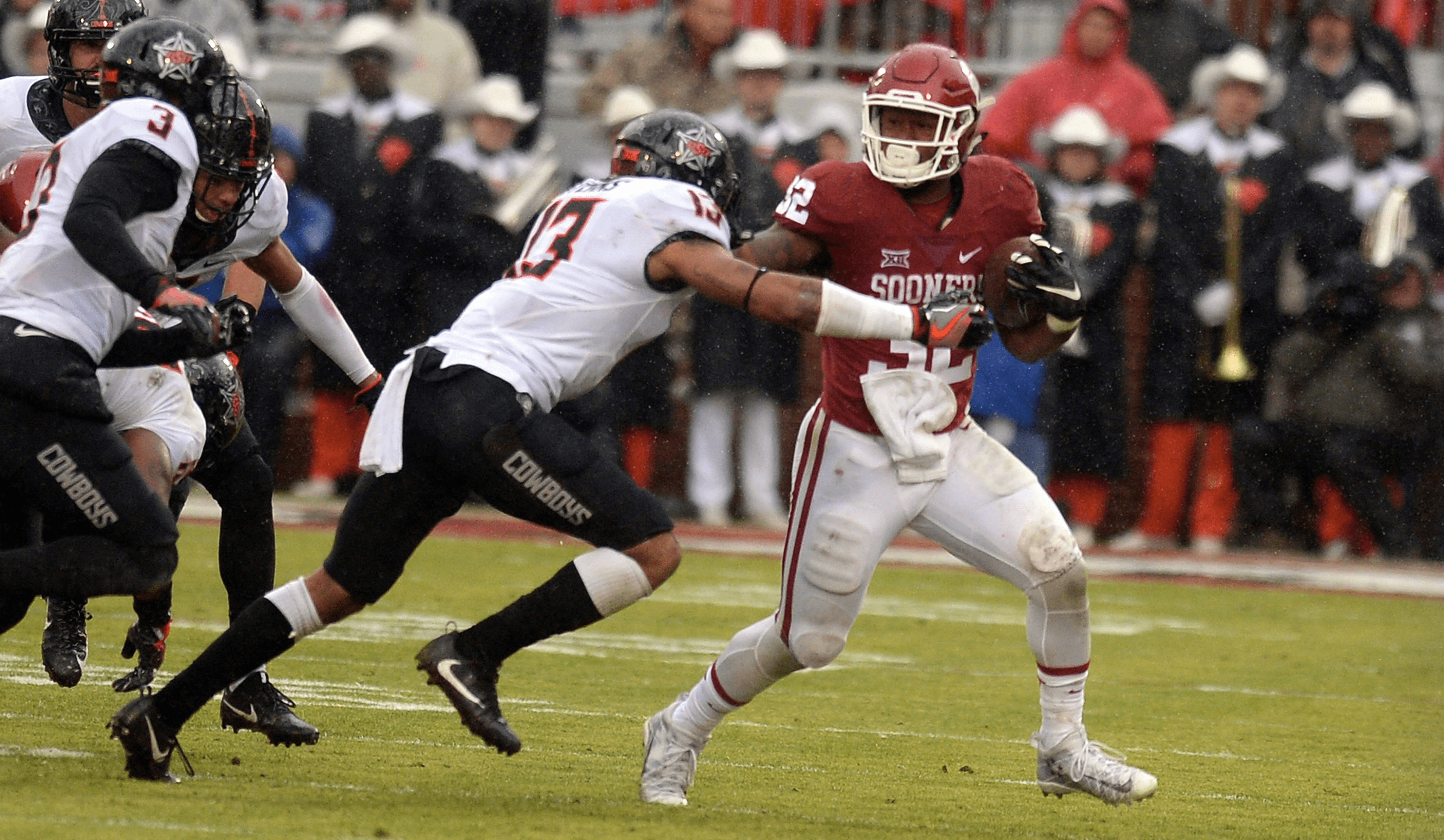 With all there is to look forward to next season for Oklahoma State football, there are a couple of Cowboys that will be sorely missed.

None may be missed more than senior safety Jordan Sterns — and no one may miss him more than Glenn Spencer. The defensive coordinator first crossed passed with Sterns somewhat by chance.

“Actually I was recruiting Ryan Simmons,” said Spencer recently, “and there was a little sophomore running around the field just tagging people left and right, and the coach said, ‘you’ll be back for him,’ and I said, ‘he might be kind of small.’ He said, ‘Coach, you’ll be back for him.'”

The senior with a defense-leading 39 starts will be missed for more than just his “tagging” ability.

“Jordan has been an impact player since the day he came on campus with us,” continued Spencer, “a very productive, great leader, probably one of the emotional backbone guys of our team and definitely of our unit. Definitely be sorry to see him go this year.”

Sterns has been a big hitter since he arrived in Stillwater, leading all tacklers in the Gundy era. His 325 career tackles lands him sixth all-time in OSU history. He is the No. 1-ranked tackler in the Gundy era.

Sterns outdid himself over the final three games of his career, including a 19-tackle explosion in a Bedlam loss in Norman.

“Really it’s just about being physical,” said Sterns. “We were. We didn’t want any points on the board. We showed that against TCU, a little bit against OU until the second half when we started playing a little slow.

“We got a lot of fast guys on the defense. We definitely showed that [against Colorado].”

A lot of that speed will be leaving Stillwater. Spencer will have to hill a big hole left by Sterns as well as other outgoing seniors Ashton Lampkin, Jordan Burton, Devante Averette and Linzy Pipkins — not to mention junior tackle Vincent Taylor who will declare for the NFL Draft.

It will fall to upperclassmen Chad Whitener, Ramon Richards and Tre Flowers to lead an otherwise inexperienced but talent-rich defense.