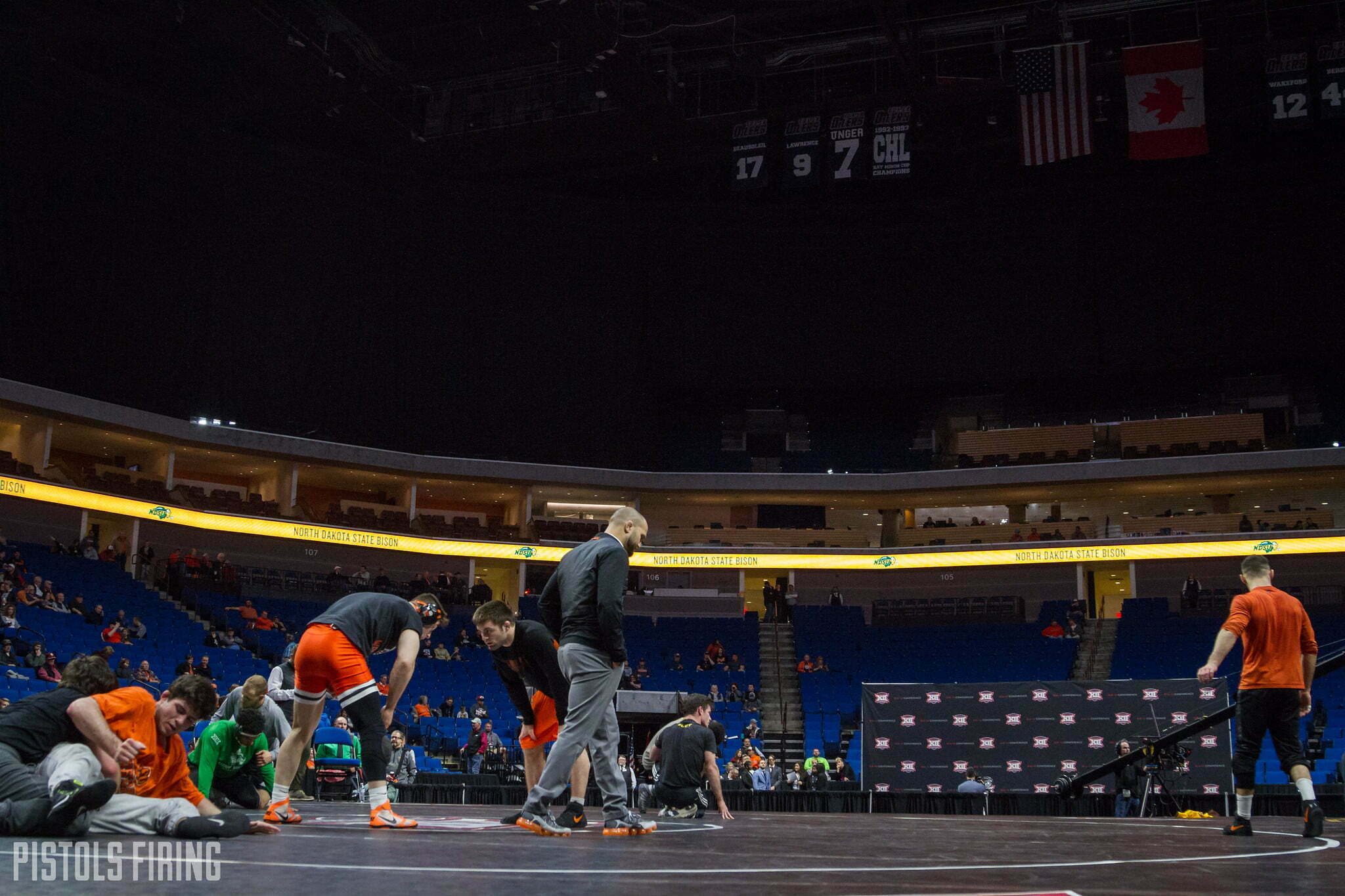 Oklahoma State has countless footnotes in the history of the sport of wrestling. It’s no secret to people surrounding the sport or university as they’ve all likely heard bits and pieces about the legacy of the program in one way or another.

One footnote in the history of the program that we don’t often hear discussed is Harold DeMarsh, the first-ever NCAA tournament champion.

According to his obituary, DeMarsh was born into a family of five and lived in the Tulsa area for a bit before his father disappeared and was never seen or heard from again. His mother was then forced to give up all of their children. Some went to live with other family and Harold was ultimately placed in an orphanage.

Before being split up from his family, they lived in the Tulsa area. After the split, he ended up in Cushing and was a National AAU champion in 1925, while still in high school! 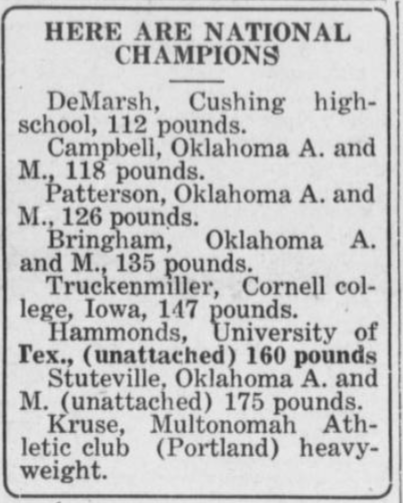 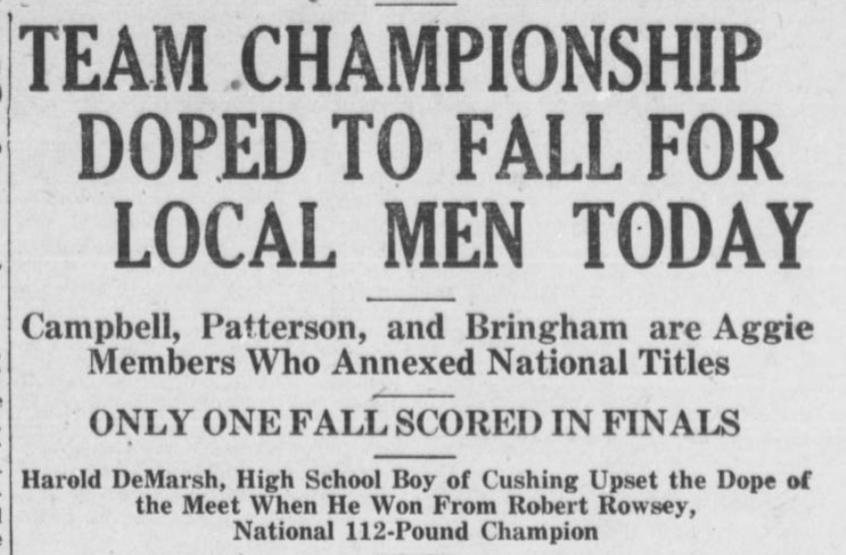 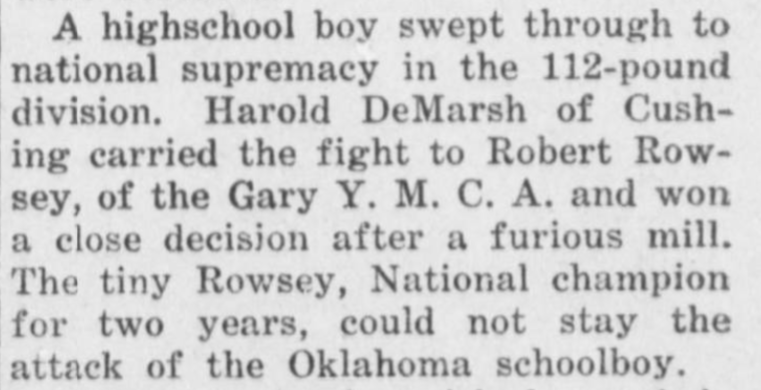 Once done with high school in Cushing, DeMarsh moved 30 miles down the road to Stillwater to compete for Ed Gallagher and the Oklahoma A&M Aggies. The NCAA wrestling tournament wasn’t officially held until 1928, but after his 1925 AAU title, DeMarsh finished second in 1926, and third in 1927.

The above article previewing the 1928 season had him projected at 125. He apparently opted to make the cut down to 115 and rolled through this five-person bracket to become the first NCAA champion ever on March 31, 1928. 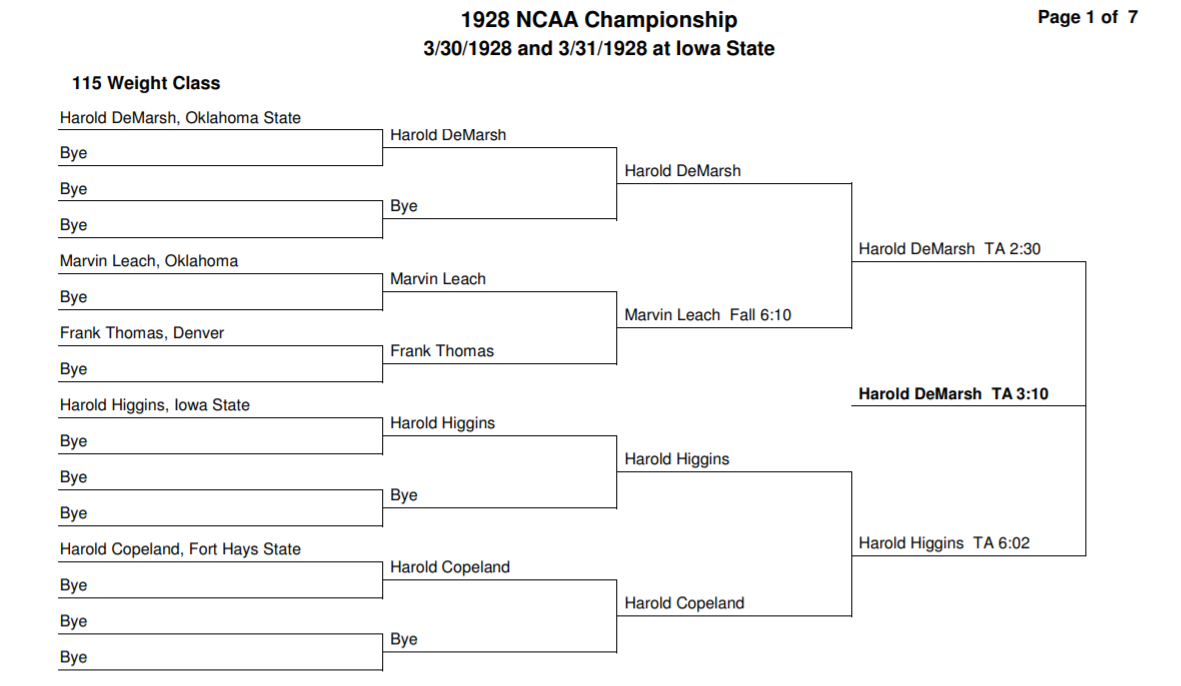 According to his obituary, he joined the Navy during WW2 and taught hand-to-hand combat at the Great Lakes Naval Training Center during the war. Interestingly, the current Modern Army Combatives system was developed in part by another former Oklahoma State wrestler and former Army Ranger, J Robison. So Oklahoma State wrestlers have had a strong say in the development of the military’s hand-to-hand fighting systems for a very long time.

DeMarsh later married and had two sons and a daughter. He died on March 25, 1982 Here are some photos from his sons’ visit to the National Wrestling Hall of Fame in 2018.