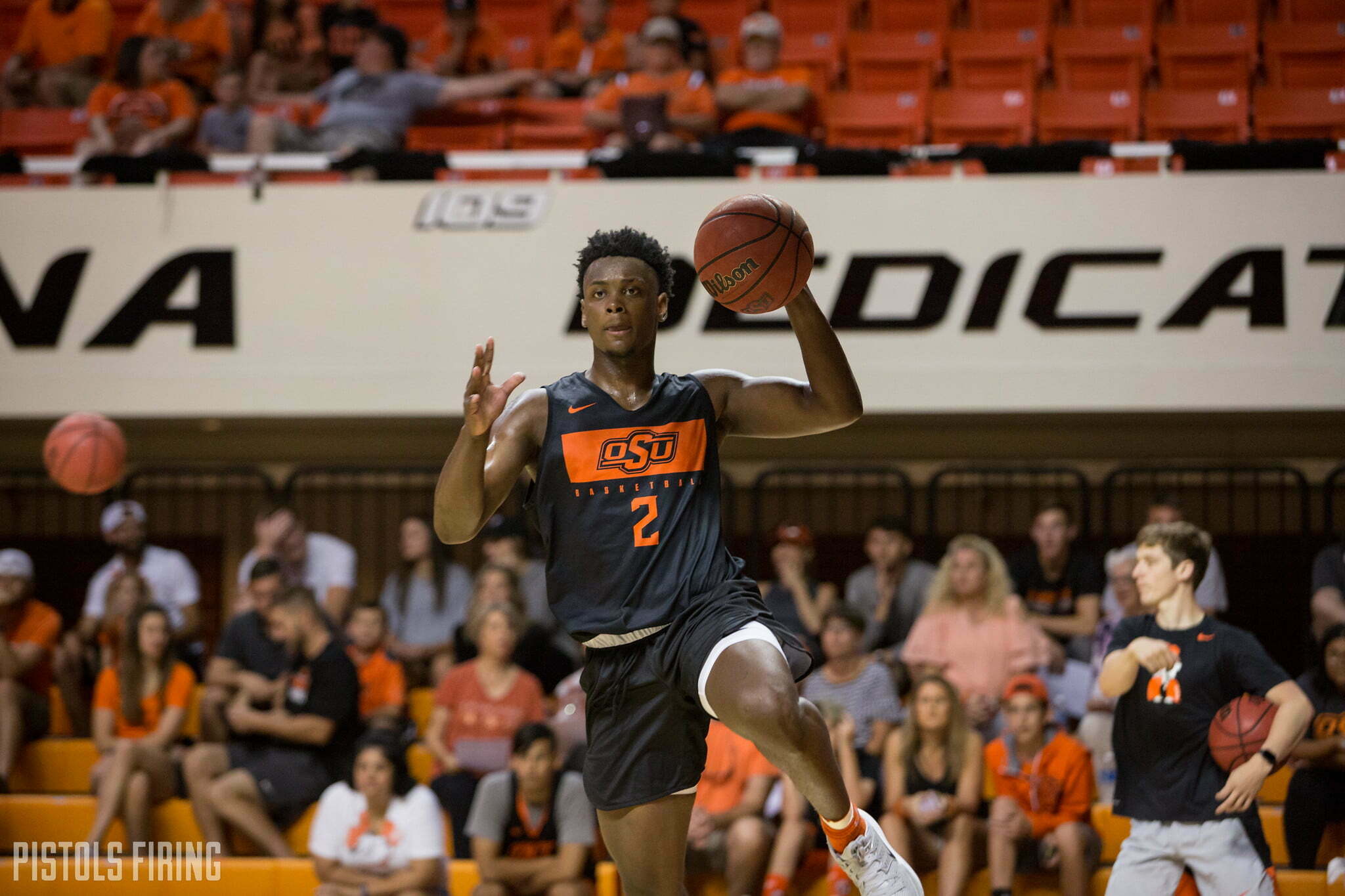 It was a tough call to make for former four-star prospect who was able to indulge in both at a high level in high school, but it’s a choice that is paying off. Harris, a freshman on the Oklahoma State basketball team, is down about 20 pounds since coming to Stillwater and working with strength and conditioning coach Jake Manzelmann.

“The first couple months, it was hard because I really didn’t know what to do,” Harris said. “As the months went on, as the days went on, I started to see my body transform, and I was like, ‘OK, maybe Jake knows what he’s talking about.'”

Harris has also worked with Jenny Boynton, OSU coach Mike Boynton’s wife, who is a nutritionist at OSU. Harris said Jenny told him what to eat and what not to eat. Somewhere in that stretch, Harris had to cut down his trips to his favorite place to eat out at.

The honey BBQ chicken strip sandwich was Harris’ go-to meal there, but he said since he has been at OSU, he’s only traveled to Stillwater’s Whataburger maybe one time.

“That just shows you his commitment level,” Mike Boynton said. “I’m sure he still really likes Whataburger. I think he loves basketball a little bit more.”

Harris originally signed with Texas A&M out of South Garland High School in Texas, but a coaching change allowed him to reopen his recruitment. He took an official visit to Stillwater in late March, and, after Boynton said he took him to Eskimo Joes and loaded him up on cheese fries, that’s where Harris was told of the transformation he would have to go through.

In his new from, Harris said his vertical has increased and the team’s conditioning training is much more doable. Harris averaged 18.6 points a game as a senior in high school last season. South Garland finished the year 30-7, but for Harris’ game to continue to grow in college, he had to make sacrifices.

“In high school I ate whatever I want, and I was still one of the best players,” Harris said. “Here, you have to eat good, you have to sleep good in order to preform at your best.”