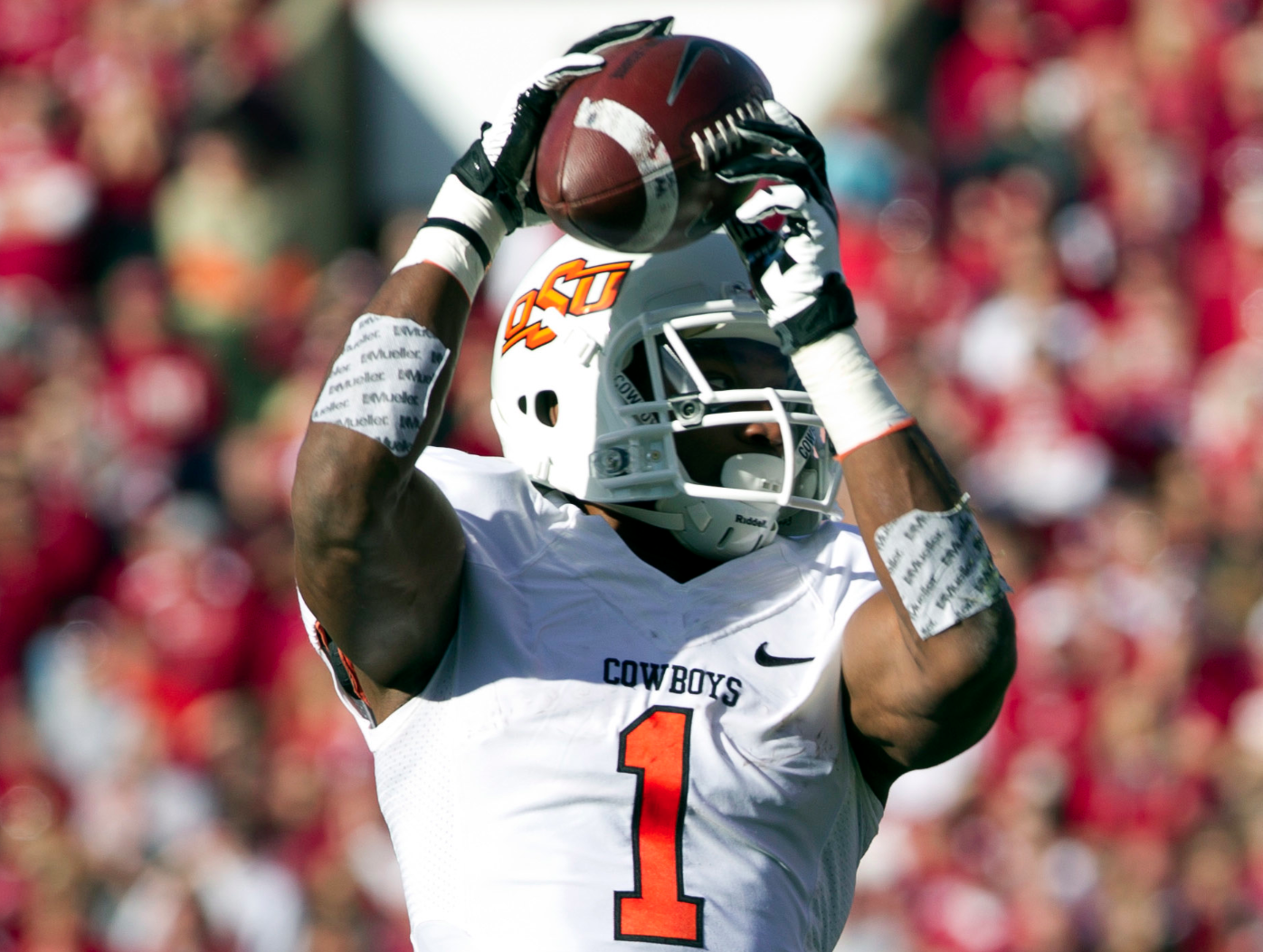 One of the big storylines of this season for me has been whether or not Oklahoma State could effectively replace what Joseph Randle did in the air raid offense.

I know we’re not quick as OSU fans to worry about running back productivity but Randle was a different beast than Kendall Hunter and Dantrell Savage and Keith Toston and even Tatum Bell.

Because he was such a home run threat wherever he got the ball (he was almost like the inverse of Tavon Austin in this sense — a RB turned WR instead of a WR turned RB), it always opened up the OSU offense and gave them more options than Brad Girtman on a recruiting trip (too soon?)

This year though, this year OSU is employing the more straight forward Jeremy Smith (still needs a nickname) and a shifty, if not underrated, back in Desmond Roland.

So how do the two two-RB systems compare through three games?

Yes that 2012 number is buoyed by the Savannah State game but I would argue that Lamar isn’t many standard deviations better than Savannah. Since the offense is a little down overall, let’s be fair and look at each number as a percentage of overall yards per touch for Oklahoma State as a team through three games.

As a percentage of team yards per touch

OSU’s offense overall isn’t as explosive as it was a year ago, but the RB production is down even more.

This is obviously a small sample size and I’m not trying to paint a broad picture four weeks into the season, but it’s something to keep an eye on.

The flip side of all of this is that in 2011 OSU was only averaging 4.7 yards per carry through three games and I think that season turned out all right.

I trust Jeremy Smith’s ability and I think Roland can be a real force out of the backfield, my worry is that neither stretches an offense quite like No. 1.

Well, that and I’m pretty sure Randle didn’t bequeath his shimmy to anybody still on this year’s team. And that’s what I’m most bummed about.