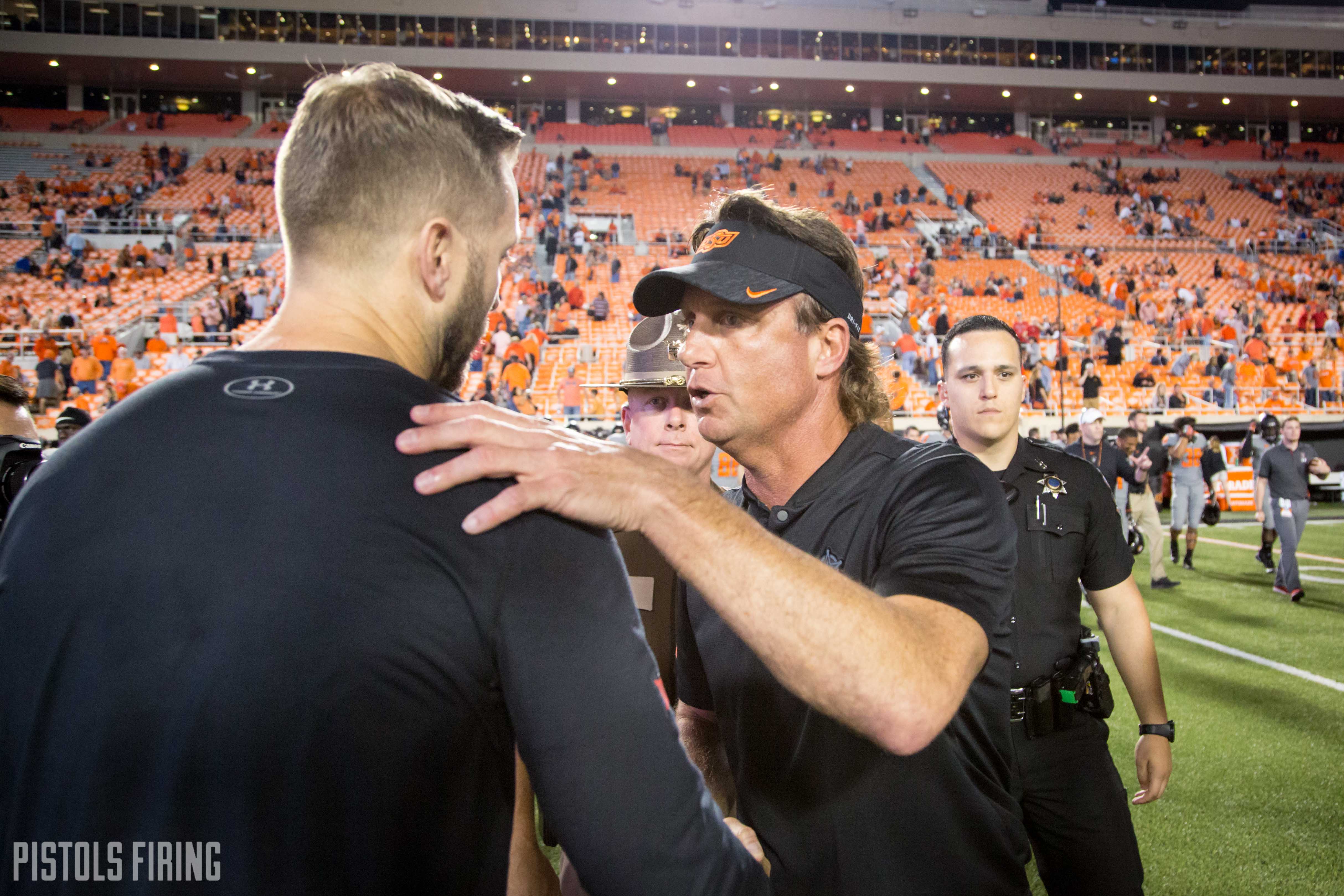 After the game, head coach Mike Gundy spoke about the game and dissected what went wrong and where the team moves from here.

On losing to Tech

“That one wasn’t nearly as fun as the other three. It’s pretty simple, we got outcoached, outplayed and they were a lot tougher than us. I don’t really know any other way to put it. They had really good plans, much better than ours. They executed their plans. Our guys didn’t play very well, we made a lot of mistakes. Last week we played really smart, didn’t have a lot of penalties, took care of the ball. We didn’t do that tonight and I’m not sure why.

“I thought we practiced really good this week. But we didn’t play very good and they were tougher than us, that is a bad combination in college football. Like any other game, on Saturday we got to get rid of that and we got to look ourselves in the mirror and make corrections and see where we made mistakes, see where we got outcoached. We got to have a great week of practice to travel on the road. We didn’t play with much composure tonight either. When things happened that weren’t good, we got frazzled and we didn’t settle in and let something else to happen. So, we didn’t play like a very confident football team and a give a lot of credit to them, they probably took that away from us, but other than that, that’s how it really was, that’s how I see it.”

On recovering from the loss

“We got to get back to the basics, we’ve got to execute our running game. I thought the backs rushed good, they just didn’t get many opportunities. Then you get behind, we’re a balanced-attack team, when you get behind by two touchdowns like we were and some of the stuff we do is not as productive. Had a chance to come back, every time we’d get an interception, a stop or whatever, then we would drop a punt, drop passes, turned a guy loose around a corner, make a bad throw. They outcoached us, they outplayed us.”

“He missed a couple (throws), but there were a lot of times we didn’t do a good job of keeping our head up, got run through a couple times, they flushed him out of the pocket. And I think he got into a mode where his biological clock was moving real fast. Not necessarily panicked but as a quarterback, when you start to work faster than you need to based on pressure and things, sometimes it can work against you. That might’ve happened to him, without watching the tape.”

On the struggling run game

“We can’t rush the football when we want to rush the football. And as I’ve said for six weeks, that’s a serious problem that we have to fix. We’re working hard, we’re getting as many reps as we can, we are just not making very good strides.”