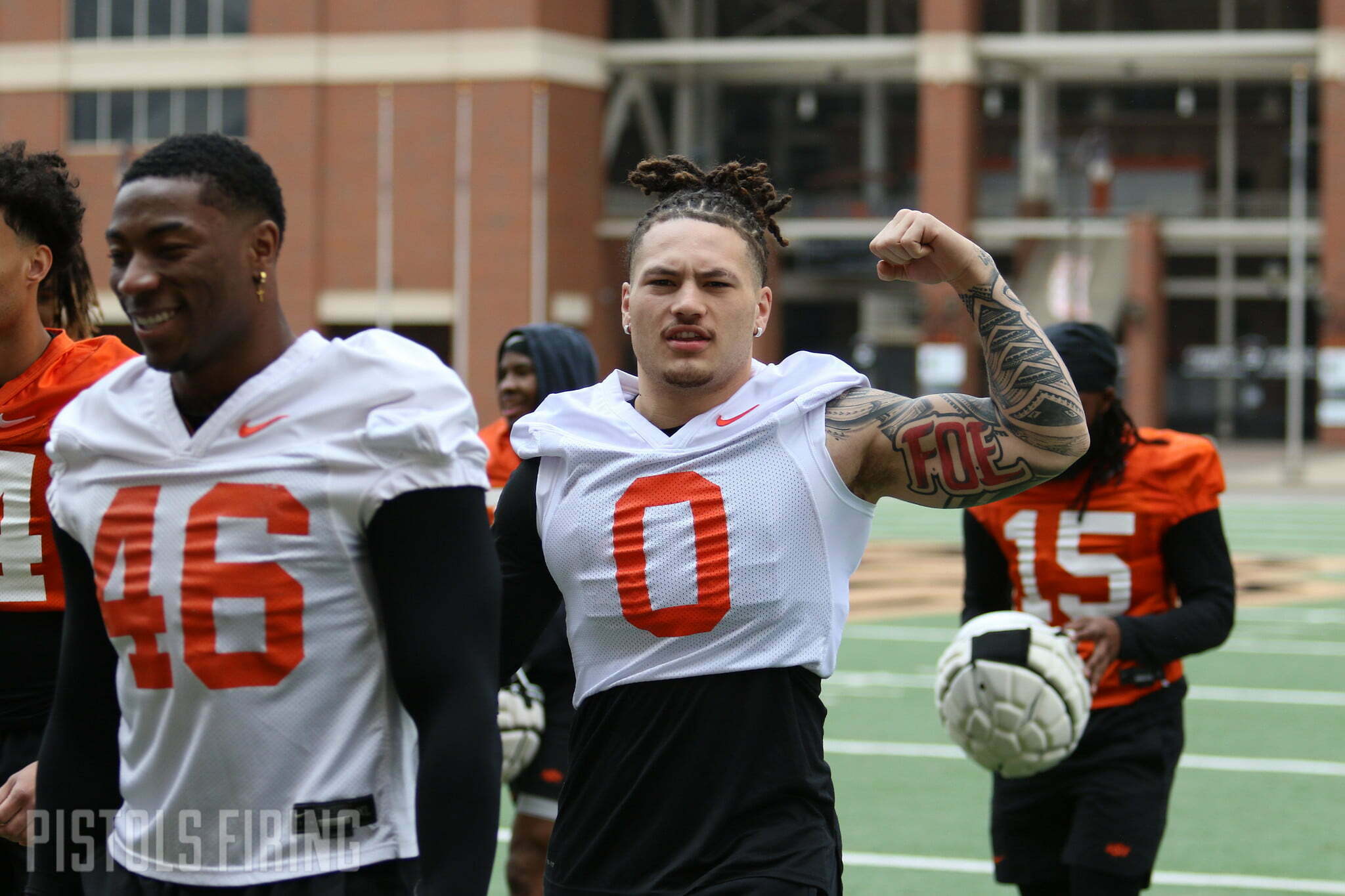 STILLWATER — Malcolm Rodriguez and Devin Harper were the Cowboys’ best linebacking duo in recent history, but with both chasing NFL dreams, some new blood will be asked to shoulder those expectations in 2022.

Mason Cobb has been a popular name in Oklahoma State’s spring camp. Entering his junior season, Cobb has sat and watched Rodriguez, Harper, Amen Ogbongbemiga and Calvin Bundage the past two seasons, but 2022 is Cobb’s year.

“It was a long time coming,” Cobb said. “I had to be patient. Sometimes I’d get in my head about it. I have good people around me to be patient. It’s coming.”

OSU’s linebacker room has a new look to it. Not only are Rodriguez and Harper gone, but Joe Bob Clements is now coaching the group, moving over from defensive line. Xavier Benson, Jeff Roberson, Kamryn Farrar and Nickolas Martin join Cobb as expected contributors, but Cobb and Benson, a junior college transfer, are probably the favorites to start as things stand.

The OSU fanbase has gotten glimpses of Cobb to this point. He had three tackles against TCU, including a tackle for loss. He also had a sack in the 2021 season-opener against Missouri State.

From Provo, Utah, Cobb was a three-star prospect in the 2020 class. He had offers to Arizona, Louisville and others and he also visited Oregon. He took a visit to Stillwater in December of his senior year at Provo High School, and he signed with OSU less than a week later.

Cobb said the people stood out to him at OSU. Students were out on winter break during Cobb’s official visit, so he got to see how the team interacted. Cobb said he liked how the offensive players hung out with the defensive players and how starters were hanging out with walk-ons.

Cobb has 10 total tackles in his first two seasons at OSU, showing just how green the position group will be in 2022. In modern college athletics, it wouldn’t be unheard of for a player with 10 tackles in two seasons to go see if there was opportunity elsewhere, but Cobb said transferring wasn’t in the discussion.