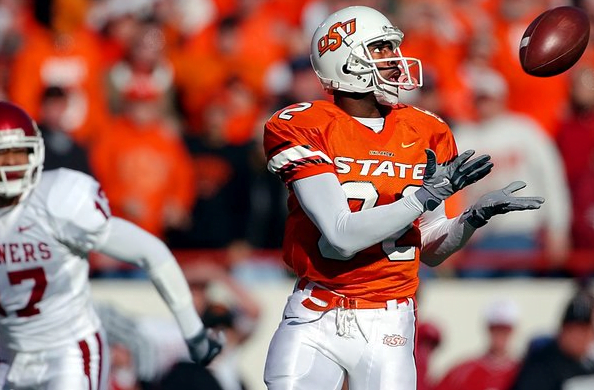 The only untouchable college sports record is Robin Ventura’s hitting streak. However, as I was perusing the Big 12 media guide this week — as one is wont to do — I came upon a few Big 12 football records that I have serious doubts about.

Some of them involved Oklahoma State players, some of them don’t. But all of them relate to OSU — at least indirectly — as the Pokes march into another season full of twists and turns.

Heck, last year we thought at multiple points in the season that there was both no way OSU would miss continuing its bowl streak and then no way they would extend it. So who knows what’s going to go down this year in Stillwater (or Norman or Manhattan). But we can at least be pretty sure (probably) that none of the following 10 records are going down in this rendition of Big 12 football. 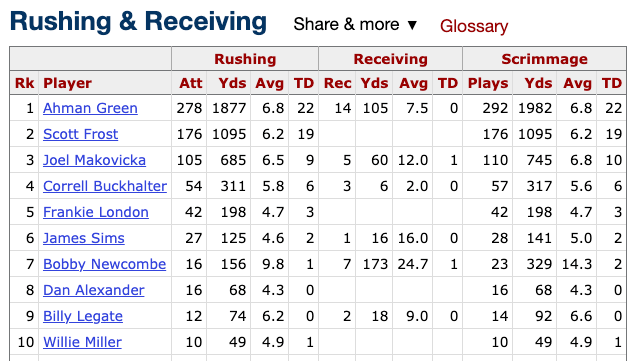 5. Fewest passing touchdowns allowed: 3 (Texas A&M in 1997) — I think Kansas allowed three during the 2019 season as I typed this sentence. CAN YOU IMAGINE A BIG 12 TEAM ONLY ALLOWING THREE PASSING TDS — NOT IN A GAME OR IN CONFERENCE PLAY — BUT FOR A SEASON?!

6. Rushing yards in a career: 5,540 (Cedric Benson, Texas) — This has less to do with RB talent and more to do with the way the position is handled as a whole. If you’re good enough to do what Benson did as a freshman and sophomore, you’re almost certainly going to the NFL now before your eligibility is exhausted (see: Hill, Justice). And if not, you have to stay healthy for 56 straight games, have your team play 14 a year (somehow) and average 100 a game? Come on.

7. Receiving TDs in a game: 7 (Rashaun Woods vs. SMU in 2003) — The record for passing TDs in a game is only eight. So … yeah. Don’t think this one is getting surpassed anytime soon.

9. Most rush yards in a game: 427 (Samaje Perine vs. Kansas in 2014) — That’s never falling, right? It’s almost 50 yards more than second place (Troy Davis) and it’s not like running backs are being used more as time goes on. Only three RBs have ever touched 350 yards in a game, and Perine is the only one to do it this century.

10. Most receptions in a career: 349 (Ryan Broyles) — Only four players have more than 260, and Broyles is the only one with more than 305. To contextualize this, Rashaun Woods (Rashaun Woods!) had 293 in his career, and Broyles clipped him by nearly 60. I’m not sure that one is getting caught.