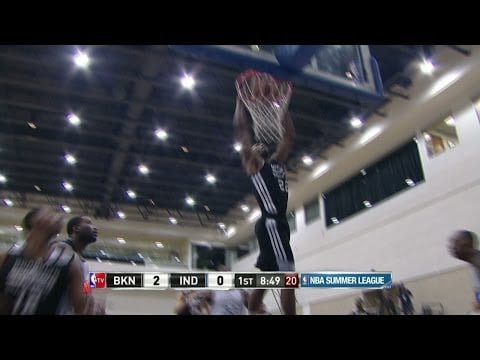 That’s what he did.

Then on the next play he hit a three. So if you’re scoring at home that’s a pretty good start. His final line against the Pacers looked like this: 9 points, 4 boards, 4 assists. Then against the Heat his line looked like this: 8 points, 2 boards, 6 assists. Solid back-to-back performances, albeit against inferior summer league competition.

Brown sounds kind of…chippy, though, in a good way.

I’m a tad more dubious given the plethora of Nets guards but Shaun Livingston just signed with the Warriors and Paul Pierce hangs in the balance.

The Nets might not be any good next season but at least Markel might make the squad.

Oh, and Nets-Thunder tonight on NBA TV at 6 PM.