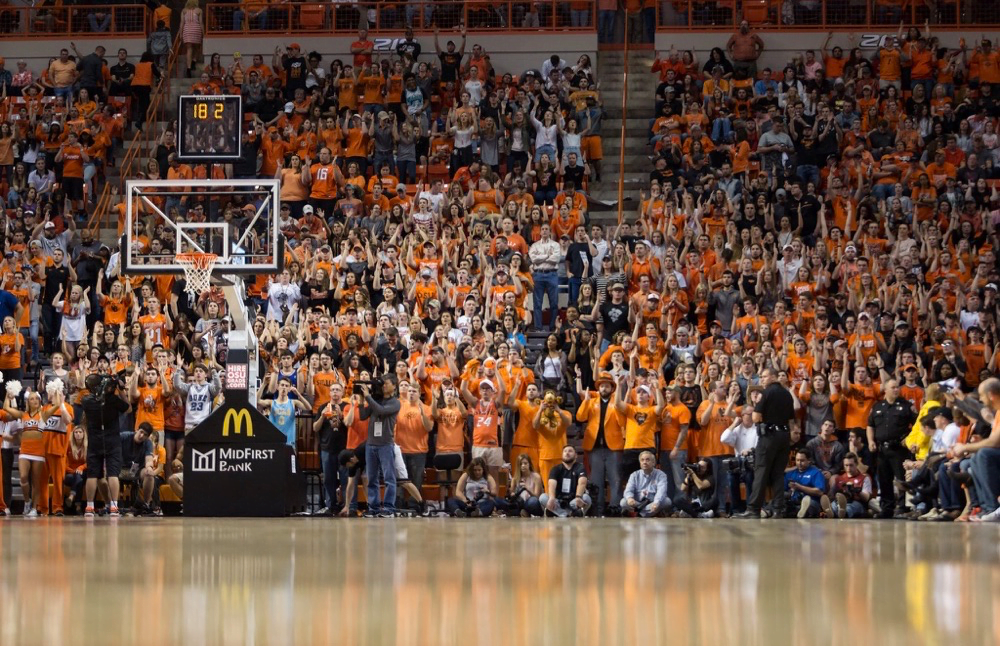 Some fans are disappointed Doug Gottlieb didn’t get the job. Others might be mad OSU didn’t hire a big name guy, especially after enlisting the help of a search firm to assist with the process. But hiring Boynton is a secretly savvy move by athletic director Mike Holder. Boynton is seen as an “up-and-comer” in the business, as the OSU basketball account put it on Twitter. Not only does this make some sense for the short-term to potentially keep things glued together, but long-term Boynton has a chance to develop as a head coach in Stillwater. Here are three things to know about why this makes some sense for both sides.

1. This gives Oklahoma State continuity: A big reason why fans and media alike thought Gottlieb made sense was the cultural fit and continuity he could bring. Gottlieb wouldn’t need to be brought up to speed about the OSU culture, he knows the administration and players, and has relationships in the community.

Boynton has that and then some. He spent the last season in Stillwater on the bench. He’s been recruiting nationally, specifically in the Northeast, all season long for OSU. He has relationships with the players, recruits and staff alike. And by all accounts, he has more than enough coaching experience to earn a shot. He is a 12-year coaching veteran, he was a heck of a player in college for South Carolina, and his relationship with Holder played a huge role in this decision.

“At the end of the day, we view coaching from the same perspective,” Holder said in a statement. “All of the qualities that I value resonate in him. He said one thing that really stuck with me, that coaching is about leadership and family, and I agree with that wholeheartedly. I know I’m proud to have him as the leader of our basketball program, and think once people get to know him they’ll feel the same way.”

2. This likely saves OSU some serious money: A big name hire might’ve been in play, but the ones OSU would have liked — guys like Archie Miller, Buzz Williams, etc — were likely longshots. They all make $2 million+. It might not have settled well if OSU had hired a guy for the same price it was willing to pay Brad Underwood, or even more.

No contract details have been announced. But because Boynton has never been a head coach, I can guarantee he will likely be brought in on a cheap deal. I won’t throw out numbers. But with OSU getting a buyout for Underwood from Illinois in the amount of $3 million, that will likely pay for at least the first two years of the new contract of Boynton. If Boynton turns out to be a solid head coach and exceeds expectations, he will be doing it on a cheap contract.

3. He has a chance to retain the staff and players. Like I mentioned above, Boynton has his roots planted in Stillwater. He joined OSU’s staff a season ago when Underwood was brought in. So Oklahoma State has a chance to not only keep continuity with a like-minded head coach, but also retain staff and its players.

Guys like Phil Forte and Leyton Hammonds have already expressed their joy about the hire, saying the program is “in good hands.” Hard to think the other players would disagree about that. And it’s a trait Boynton admits he prides himself on.

“One of the strengths I’ve developed over my 13 years in the business is that I’ve always been able to relate to players, and that’s been no different here,” he said in a statement. “I have a fantastic relationship with our entire locker room, and I look forward to building those relationships in this new role.”